The Disappearing Act: How to Prevent the Decline of Black Farmers in the United States

Excerpted From: Jordan M. Jennings, The Disappearing Act: How to Prevent the Decline of Black Farmers in the United States, 12 Kentucky Journal of Equine, Agriculture, and Natural Resources Law 325 (2019-2020) (224 Footnotes) (Full Document)

Tensions between the United States, China, Mexico, and Canada have placed U.S. farmers in a difficult 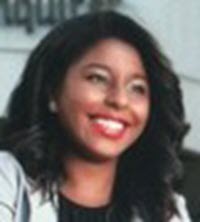 position. The Trump administration's restrictions on trade will likely have considerable implications for the United States' agricultural industry. The tariffs center on the exports of soy, wheat, corn, and other crops, and would potentially total a $1.8 billion loss. Most importantly, the restrictions will directly impact black farmers who produce a significant amount of tariff-taxed goods. Failure to secure new markets for these items will decrease farm incomes across all demographics. President Trump's tariffs, in addition to the stagnant percentage of black farmers who are aging without a new wave of young black farmers to take their place, highlight a series of challenges black farmers face if they want to be competitive, or simply survive, in the current environment. Black farmers make up less than 2 percent of the U.S. agricultural industry. While this figure is low, it is consistent with previous years. According to the 2007 Census, black farmers made up approximately 1.3 percent of the total farm operators within the United States, while in 2012 the number slightly increased to 1.4 percent. Black operators tend to work smaller farms and are older, with an average age ranging in the early sixties. These factors indicate that at the moment, the fate of the black farmer is uncertain.

Historically, black farmers struggled to receive equal treatment in the United States. Throughout the 1990s and shifting into the present, minority and female farmers “demonstrated that they were systematically marginalized by federal farm programs.” These disadvantaged classes of farmers filed class-action discrimination suits and ultimately benefitted from monumental civil rights settlements from the United States Department of Agriculture (“USDA”). Systematic oppression within the agricultural industry is a harsh reminder that the United States has “historically created, reinforced, and reproduced a racial caste structure, by infusing economic, human, and social capital into white communities while denying it to communities of color.” The remnants of oppression are still seen today by the disproportionate number of minority farmers.

One solution to remedy the decline of black farmers would be to increase the implementation of urban agriculture programs. Such programs could target minorities in large cities and metropolitan suburbs, while also appealing to a younger generation that could represent the new era of farmers. Generally, experts define urban agriculture as “the growing, processing, and distribution of food and other products through intensive plant cultivation and animal husbandry” in metropolitan areas. Farming in American cities has traditionally centered on private or community-centered agriculture. Today, urban farming expands upon the traditional notion of farming. Modern urban agriculture is much more diverse and is no longer limited to the concept of rooftop gardens or empty lots. Now, the concept of farming includes raising livestock and “the processing, distribution, marketing and sale of food products and food by-products, such as compost.”

Although urban farming appears to be a step in the right direction, it is not a perfect solution to combat the low percentage of black farmers in this country. Some local governments have found success in implementing urban agriculture programs, but programs at the federal level specifically designed to engage young minority farmers do not exist. Funding, space, and viability issues pose additional challenges to urban farming. In order to bolster the number of black farmers, new programs must be implemented to engage individuals that have limited knowledge about the agriculture industry. With some Congressional movement, the disappearance of black farmers can be prevented by restructuring existing programs that aid farmers to significantly increase the number of minorities within the agricultural sector.

This Note discusses the importance of promoting urban farming in order to prevent the disappearance of black farmers.

Part I analyzes the historical challenges black farmers have faced when procuring land grants and capital needed to operate viable farms. Part I also discusses the potential longstanding effects the Trump administration's tariff policies may have on the low number of black farmers.

Part II explores the obstacles and rewards associated with urban farming and highlights communities that have found success in urban agriculture programs.

Finally, Part III suggests ways the federal government can tailor already-existing agricultural programs to benefit a younger demographic of minority farmers, particularly in areas where there are not high concentrations of black farmers.

Simply legalizing urban agriculture is not sufficient enough to “promote equity and justice” to combat the disproportionate number of black farmers in this country. “Creating incentive zones for certain types of UA [urban agriculture] practices is not the same as creating supportive policies” that encourage the existence and evolution of diverse urban farming programs specifically designed to help black farmers. Currently, major cities are responsible for the most significant developments of urban agriculture programs and policies. In contrast, comprehensive urban agriculture programs at the federal level need to be largely improved. The federal government has failed black farmers. Historically, federal agencies, like the USDA, discriminated against black farmers by failing to give these individuals the same opportunities afforded to their white farmer counterparts. The Pigford court went so far as to say:

Forty acres and a mule. The government broke that promise to African American farmers. Over one hundred years later, the USDA broke its promise to Mr. James Beverly ... Because he was African American, he never received that loan. He lost his farm because of the loan that never was. Nothing can completely undo the discrimination of the past or restore lost land or lost opportunities to Mr. Beverly or to all of the other African American farmers whose representatives came before this Court. Historical discrimination cannot be undone ... But the Consent Decree represents a significant first step. A first step that has been a long time coming, but a first step of immeasurable value.

As the court stated in Pigford, nothing can undo the discriminatory practices rooted in our nation's history. What can change, however, is the prospective treatment of minority farmers. Although the 2018 Farm Bill includes provisions for minority farmers, the bill's allocation of funding to minorities is not aggressive enough to combat the disappearance of black farmers. The disproportionate number of African American farm operators, along with the vast wealth gap disparity between black and white farm operators, is alarming.

Urban farms have an important role to play within American society. Urban agriculture holds the promise of boosting food access in underserved communities, providing new opportunities for local business growth, and developing knowledge and education about healthy eating. Urban farms can be a source of fresh produce for neighborhoods, local restaurants, shops, as well as an opportunity for community-supported enterprises to fill valuable educational and social roles. Urban farming would lead to a better future for minority farmers because, as a practice, it allows individuals to serve their communities while simultaneously promoting minority enterprise. Furthermore, urban farming fosters “dialogue between the localized and situated, and national and overarching food systems.”

Education about innovation in farming is critical. Minorities must be informed about federal farming programs that exist in order to venture into a new and unfamiliar industry. Currently, black farmers make up less than 2 percent of the U.S. agricultural industry. Urban farming will appeal to a younger demographic of minorities and push the black farming demographic out from the Southern states and into major cities in other regions. President Trump's tariffs, combined with the low percentage of aging black farmers without a new wave of younger farmers to replace them, presents a crucial problem. Programs must address this issue through their design and implementation or black farmers will face a questionable fate. Without federal and local governments quickly moving to address these concerns, the black farmer will cease to exist. Based on the nation's history of reinforcing unjust racial caste structures, this is not a risk that America can leave to chance or afford to take.