During the last fifty years, African Americans have made appreciable gains in the struggle for political standing and economic status. Legislative enactments and judicial pronouncements that once enshrined the edifice of white privilege have been readily dismantled by activists and elected officials. Yet, despite many 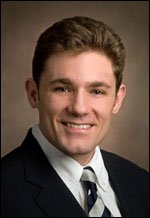 successes, the promise of full equality for African Americans remains elusive. Commentators express alarm that myths about race, forged during the era of chattel slavery, continue to distort how individuals view the world and construct their identities. In particular, observers worry that negative meanings associated with “blackness” twist African American life into something “qualitatively different from [that] enjoyed by Whites.” A host of recent empirical studies confirm the view that race remains a socially significant category of perception; black hospital patients receive less aggressive treatment than whites, banks award white loan recipients nearly twice as much investment capital as similarly situated blacks, governments site toxic facilities in minority communities at alarming rates, and African Americans receive longer and harsher prison sentences than their white counterparts. The question we must ask is: Why? What accounts for the staunch resolve of the color line, even as the law itself has become more and more “colorblind”?

This Article contends that the law has largely ignored one of the most significant instruments of modern race-making: the everyday landscape. The landscape, put simply, “is not innocent.” It inscribes selective and misleading versions of the past in solid, material forms. These narratives ultimately marginalize certain communities--particularly African American communities--and transmit ideas about racial power across generations. This Article’s aim is not only to decry this duplicity, but also to focus attention on promising regulatory mechanisms for addressing landscape’s power to reinforce racial hierarchies. Specifically, legal insights on the value of procedural fairness have the potential to redress the absences, inclusions, and marginalizations currently buried in the landscape.

At first glance, attacking the hydra of modern racism with ideas about the built environment may seem like a rather mild and ineffectual approach. Skeptics will surely ask what a landscape-based approach can hope to accomplish where powerful antidiscrimination laws have already failed. This Article posits that several decades of careful scholarship in the social sciences demonstrate that the landscape operates much like a tectonic fault; although its presence is seldom scrutinized, its impact remains powerful.

Geographers in particular have worked tirelessly to expose the landscape’s meaning and muscle. At the most basic level, they define landscape as a tangible arrangement of human and natural phenomena--an alchemy of man-made structures, land surface features, and vegetation. As such, it can be read and interpreted as a text. Artifacts placed on the land, like words inscribed in a book, tell stories about memory, identity, and history. The choices a locality makes as it designs buildings, consecrates memorials, and names streets reveal its tastes, values, and hopes in a highly visible form. Examples abound. For instance, the decision to erect a war memorial at the heart of the National Mall, rather than, say, a monument to an artist or writer, imparts a particular message about our social world; as a nation, we value wartime sacrifice and believe the work of soldiers merits special remembrance. The landscape, in effect, becomes our “unwitting autobiography.”

The geography literature offers another keen insight on the power of the built environment. Landscape does more than record a locality’s ideals; it also works to “re-inscribe or perpetuate the very ideas . . . that we see reflected in it.” That is, communities mold their surroundings to reflect their worldview, and the physical durability of the landscape then carries those meanings forward and influences how future generations view events that confront them. Returning to the World War II Memorial as an example, it both reveals the values of its creators and instills future visitors with a normative vision about the importance of patriotism and martial heroism. Thus, landscape and identity are mutually constitutive of one another--landscapes are shaped by and in turn influence the societies that create them.

This inherent capacity of landscapes to create structures of meaning has profound implications for the process by which racial categories are created, inhabited, and reproduced. Landscapes do not arise through the work of a divine hand to celebrate the deserving and promote truthful accounts of history. Rather, the built environment is shaped by the tastes of government leaders and ruling elites--the only groups with sufficient resources to organize costly building projects and install permanent memorials on the land. It takes little effort to see that those with dominion over the land may use their power to teach the public their own desired political and historical lessons. The landscape, as a result, tends to either exclude the heritage and memories of subaltern groups or appropriate their stories for dominant-class purposes.

The landscape of Natchez, Mississippi captures the principle in full. Nearly 150 years after the conclusion of the Civil War, the city of Natchez remains widely celebrated for its “astonishingly determined” effort to preserve the heritage and imagery of the Old South. In particular, leading citizens have worked tirelessly to refurbish a collection of antebellum plantations--vast white-pillared estates surrounded by ornate gardens and lush magnolia trees. Scholars have demonstrated, conclusively, that the history of these properties is soaked in the sweat of African American slaves. Blacks picked the cotton that generated Natchez’s remarkable wealth and blacks labored to build the mansions of the planter elite. The landscape, however, has been thoroughly scrubbed of this presence. Property owners have removed the slave quarters--the most prominent material trace of black history--from these otherwise painstakingly restored plantation estates. And tours of the Natchez museum-homes, which draw over a hundred thousand visitors every year, exclude evidence of human bondage in favor of discussions about antebellum furniture, architecture, and the patrician lineage of local families. As one commentator has noted, the “near complete absence of a black perspective . . . is astonishing.” Moreover, when landscape features do acknowledge the existence of antebellum African Americans, they present the slave system as a benign institution, universally referring to enslaved blacks as “servants” or “cooks” or “butlers.” Examined as a whole, it becomes clear that the landscape of Natchez is a subtle form of dominance. The concrete, three-dimensional reality of the municipality creates an ideological narrative that hides the contribution of blacks and exonerates whites from any complicity with the horrors of the past.

Although the built environment remains the agar upon which racial hierarchies replicate themselves, no legal scholarship has yet analyzed the interaction between landscape and race or suggested practical tools to disrupt the ongoing process of racialization. This Article sets out to fill the void. It begins, in Part I, by closely scrutinizing the landscape in one modern American city--Lexington, Kentucky--to demonstrate how the built environment continues to marginalize African Americans and ingrain ideas about racial difference. It shows that the city’s monuments, memorials, parks, and roads all conspire to broadcast a message of white superiority, convince African Americans to accept themselves as marginal players in Lexington’s history, and physically exclude blacks from important civic spaces.

After highlighting the effect of landscape unfairness on black communities, the Article turns toward devising a policy proposal that could prevent the further subordination and invisibility of minority groups. Part II of this Article explores the academic literature in both law and geography for potential solutions to the landscape problems facing African Americans. Geographers, for their part, counsel that oppressed groups should attempt to offer “progressive/emancipatory/ liberatory” counternarratives that expose the symbolic meanings of the land. Legal academics, confronted with any question of racial discrimination, generally advocate erecting statutory proscriptions that either ban or criminalize the noxious activity in question. Although these reform traditions both pack some theoretical punch, neither offers much hope of altering the built environment. The problem is this: current proposals to intervene in the landscape either rely on legal dead ends or disregard the political economy of local government decisionmaking.

Part III--the final section of this Article--searches for a new, more practical approach to transforming racialized landscapes. Rather than advocate for a sweeping ban on any landscape practice tinted with a hint of racism, this section pushes for something less grandiose and more achievable. It argues that the law should impose a set of basic procedural requirements on government bodies to ensure they thoughtfully consider the effects of any actions that significantly alter the landscape. The basic idea is that forcing government actors to contemplate landscape values they might otherwise neglect will lead inevitably to better informed, more rational, and racially sensitive decisionmaking. At the same time, stricter procedural requirements will open the landscape to greater public participation, thus enhancing democratic accountability and transparency.

* * *
Conclusion
It is the spring of 2009 and I am standing under the rotunda of the capitol building in Frankfort, Kentucky. My wife has just taken the oath of office for the Kentucky Bar and I am trying to find her among a throng of state officials and excited family members. As I wait, my eyes lock on the Jefferson Davis statue.

Looking at Davis, I feel a hot anger crawl under my skin. Why is he here? Why does a state that never joined the Confederacy--a state that sent thousands of its sons to die in Union colors--honor the founder of a republic raised solely to preserve black slavery? The moment suddenly gets worse. A father coaxes his young daughter, dressed in a Mickey Mouse t-shirt and cut-off jeans, to stand in front of the statue. As she looks up at Davis and smiles, her father snaps a picture. The caption on the statue’s pedestal where she rests her hand is the final dagger: “Jefferson Davis: Patriot • Hero • Statesman.”

A landscape like the capitol grounds in Frankfort, Kentucky, would have garnered few supporters in the early days of the American Republic. Many in the founders’ generation liked to claim that democratic governance rendered commemorative landscapes obsolete--a holdover from the days of mass illiteracy and superstition. True memory, it was thought, did not lay sealed in bronze or entombed in earthworks. Rather, it resided in the living hearts of the people.

Since the founders’ time, American opinion has dramatically changed course. Cities and towns now routinely embed histories and conduct meanings through the built environment. Commemorative landscapes have become utterly commonplace. Yet, despite its omnipresence, legal scholarship has not fully examined the role of the landscape in the cultural practices of the nation.

This Article has attempted to fill the scholarly void with three insights. First, the landscape plays a powerful role in shaping how communities think about race and racial power. All too often, a city’s parks, street names, monuments, and memorial spaces conspire to tell stories that praise white achievement, ignore or misrepresent the history of African Americans, and work to physically exclude blacks from important civic spaces. Second, current efforts to reform the landscape seem doomed to fail. The approaches suggested by academics in law and geography either turn a blind eye to the political economy of local decisionmaking or fail to consider entrenched legal precedent. Third, adopting a set of basic procedural requirements that encourage municipalities to consider the landscape’s absences and marginalizations would result in better-informed and more racially sensitive decisionmaking. Procedural rules would force government to internalize values it might otherwise ignore, allow citizen-critics to challenge dominant historical narratives and push communities to view the past (and express its hopes for the future) in much more diverse terms.