Burning Down the House? Ben Carson and U.S. Housing Policy 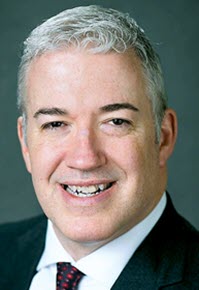 The U.S. Department of Housing and Urban Development (HUD) was established as a Cabinet agency by law in 1965, shortly after passage of the Housing and Urban Development Act of 1965. The aims of the latter act were ambitious, including to “aid in assuring a decent place to live for every citizen” through the provision of “low-rent housing.” In signing it, President Lyndon Johnson declared that “in years to come, I believe this act will become known as the single most important housing legislation in our history.”

The expanded federal role in housing was not without controversy. It was reported that “[d]uring Congressional debate on the bill, many members said that the rent subsidy program 'smacked of Socialism.”’ Almost a decade later, these subsidies were transformed by the Housing and Community Development Act of 1974. That act's “primary objective” was “the development of viable urban communities, by providing decent housing and a suitable living environment and expanding economic opportunities, principally for persons of low and moderate income.” Under the provision we refer to as “Section 8,” as amended over the years:

As a HUD fact sheet states:

A housing subsidy is paid to the landlord directly by the PHA on behalf of the participating family. The family then pays the difference between the actual rent charged by the landlord and the amount subsidized by the program. Under certain circumstances, if authorized by the PHA, a family may use its voucher to purchase a modest home.

And a family must be quite poor to qualify:

In general, the family's income may not exceed 50% of the median income for the county or metropolitan area in which the family chooses to live. By law, a PHA must provide 75 percent of its voucher to applicants whose incomes do not exceed 30 percent of the area median income. Median income levels are published by HUD and vary by location. The PHA serving your community can provide you with the income limits for your area and family size.

Those families served are disproportionately headed by women. According to a 2012 report, “three-quarters of households living in public housing and in Project-Based Section 8 housing are female-headed, and over 83% of voucher-holding households are headed by women.” As a 2016 report notes: “An obvious reason for the prevalence of female heads of households, especially with children, in affordable housing programs and on affordable housing wait lists is that, according to a National Women's Law Center report, women live in poverty at rates higher than men[.]” A principal reason for that discrepancy is that “occupational segregation still pushes large numbers of women into low-paying domestic, health-care and hospitality jobs.”

An agency the scale of HUD has not been without scandals, most notably during the tenure of President Ronald Reagan, when sixteen HUD officials working under Secretary Samuel Pierce, Jr., “the only African American to serve in President Ronald Reagan's Cabinet,” were convicted of crimes. As the Washington Post reported:

The scandal arose in 1989 after an internal HUD audit of a program designed to provide rent subsidies to developers to improve housing for the poor. A congressional committee took up the matter and in 1990 issued a report alleging that millions of dollars had been distributed to Republican consultants at a time when funding for the program was being cut from $26 billion to $8 billion. As secretary, Mr. Pierce agreed to the spending reductions.

Pierce's executive assistant, Deborah Gore Dean, was convicted “of 12 felony counts of defrauding the Government, taking a bribe and lying to Congress.” She “asserted that all of the improper transactions had been approved by her boss”--Secretary Pierce. It was reported that “Mr. Pierce had left the routine supervision of the agency's enormous bureaucracy as well as multibillion-dollar grant programs to Ms. Dean and her associates.”

The wrongdoing that occurred under Secretary Pierce may, however, be exceeded by the damage caused by Secretary Ben Carson. In running against Donald Trump for the 2016 Republican presidential nomination, Carson, a celebrated neurosurgeon, had been bitterly attacked by the eventual victor in Trump's inimitable syntax:

“Trump went on to compare Carson to a child molester.” Like Pierce, Carson is the only African-American in the Trump Administration Cabinet, which is the “the whitest, most male-dominated group since Ronald Reagan's.” He was confirmed by the Senate 58-41 in what the New York Times described as “a rare show of bipartisanship. Unlike many other cabinet members chosen by President Trump, Mr. Carson, who has no experience running a large federal bureaucracy, did not face much pushback from Democrats during his confirmation process.”

No less a liberal than Senator Elizabeth Warren (D., Mass.) had even voted to advance Carson's nomination from the Senate Banking, Housing and Urban Affairs Committee. Indeed, Carson won a unanimous committee vote: “[t]he panel's top Democrat, Sen. Sherrod Brown of Ohio, said he was supporting the retired neurosurgeon because of his commitments to address lead hazards, uphold fair housing laws and advocate for rental assistance.”

Within thirteen months of praising Carson, who she ended up voting against on the Senate floor amidst intense liberal backlash, Sen. Warren would be calling for his firing. Focusing on HUD's vital mission of securing housing for the poor, and examining Carson's record as HUD secretary into the summer of 2019, this article argues that any confidence in Carson was misplaced, and the lives of vulnerable people are at risk during Carson's tenure.

In conclusion, as HUD secretary, and the only African-American in President Trump's Cabinet, Ben Carson is in a powerful position to combat housing inequalities. Yet he has chosen to be complicit in them. Accordingly, Sen. Warren was right in noting, in a face-to-face clash before a Senate committee, that any critique of Carson's tenure should go beyond the “fancy furniture” he tried to buy: “'We are going backwards,’ she said. 'It is HUD's job to help end housing discrimination. That's what the law said. You said you would enforce these laws. You haven't, and I think that's the scandal that should get you fired.”’

A federally-subsidized housing resident as a child, attorney Brendan Williams is an oft-published writer on civil rights and health care issues. M.A. (Crim. J.), Wash. St. U.; J.D., U. of Wash. Sch. of L.