The Invisible Hands of Structural Racism in Housing: Our Hands, Our Responsibility 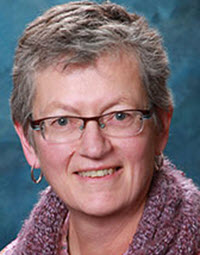 Psychologist Beverly Daniel Tatum, author of the keystone work on racial identity development, defines racism as "a system of advantage based on race." Recently, as I read the revised 2017 20 anniversary edition of Why Are All the Black Kids Sitting Together in the Cafeteria?, I noticed that while Tatum defines and uses the word racism throughout the book, she rarely uses the term "racist." When she does use the term, it is generally used as an adjective rather than a noun.

This observation prompted some discussion in my 2040 Initiative Seminar, the class with which I was reading Tatum. The Seminar explores demographic changes in the nation, including the shift from a majority of the population being non-Hispanic White to a majority being people of color around the year 2040. We all recognized that racism is a charged word in our society today, though Tatum's precise and system-focused definition points attention toward the structures of our society rather than toward the individuals who enact those structures: She draws attention to racism rather than racists.

I have written previously about the iterations of racism in the United States, offering the name "Racism 4.0" for the current version of racism, which consists primarily of institutional and systemic racism that leads to racial disparities. In this form of racism, there are often no overt individual acts evincing racial animus. Yet because current anti-discrimination law ("Racism 3.0") addresses only invidious actions, legal remedies for institutional and systemic racism are rare.

Racism 4.0 raises the question of what law might look like if it were to take on structural racism, the set of structural injustices that time and time again reproduce racial disparities. What would be the configuration of an anti-discrimination law that grapples with actions that have racist effects even when those actions are undertaken without racist intent? And what would anti-discrimination law look like if it challenged racial injustice that results from the interwoven actions of many? In other words, how might law take on racism rather than racists?

Because our law and our society co-evolve, dismantling structural racial injustice calls for developing legal theories and strategies to condemn and undermine it. Yet our theories of responsibility focus heavily on the individual. In this essay, I use the specific example of structural racial injustice in housing in the Omaha-Council Bluffs region to explore responsibility for that injustice using the work of political philosopher Iris Marion Young. I conclude that Young's insights into responsibility for social injustice by individuals who - acting without ill intent - contribute to a web of causation that results in structural injustice, point toward a new paradigm for dismantling current racial disparities. A public health paradigm offers a promising way to understand and begin to challenge systems-based inequity.

I participated last spring in a symposium at Washburn Law School reflecting on 50 years of the Fair Housing Act. In my remarks, I noted that even though the Act has been in effect for 50 years, its mandate for fair housing by race has not been internalized as the norm within the nation. The history of the Act's AFFH provision evidences the lack of political will at all levels of government to move toward racial equity in housing. This lack of political will reflects social norms that continue to associate neighborhoods that are not predominantly White with lower property values, lackluster schools, crime, and other undesirable attributes.

One of my co-panelists affirmed this comment, observing that the task of changing people's "hearts and minds" remains. With this observation comes the implicit acknowledgement that where people's hearts and minds go, law will follow. I find this insight cause for hope rather than despair. We have, in this country, changed people's hearts and minds about enslaved persons, about immigrants from many different countries, about the role of women, and about the place of LGBTIQ people in our society. No, not everyone's hearts and minds have changed, but our collective heart and mind have. Slowly, over time, these "story" shifts have come to be reflected in law. Shifting the perceptions that have kept housing segregated for decades is also possible. And when those perceptions change, the law will also.