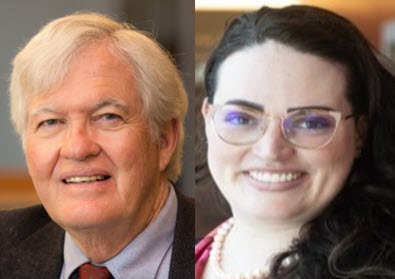 In the 2018 Murphy v. National Collegiate Athletic Association decision, the Supreme Court of the United States overturned the Professional and Amateur Sports Protection Act (PASPA), which prohibited sports betting across the nation (with certain exceptions for states with previously standing systems that the legislature deemed acceptable). Following that ruling, states and interest groups rushed to prepare legislation to create sports betting mechanisms. Naturally, opposition was just as loud and far-reaching. Namely, the National Collegiate Athletic Association (NCAA), one of the litigants that sued to preserve PASPA, continues to challenge state-by-state sports betting legalization schemes on the basis of sport “integrity.” As the NCAA sees it, sports betting will ruin college games.

But for whom does Murphy ruin the game? It is certainly not the players-- rather, the NCAA's persistent concerns regarding sports betting legalization focuses on the effect on fans, who may turn away from collegiate sports if they believe that games may be fixed or rigged. After all, where is the sport in that? But what the NCAA does not tell you is that the harm does not stop there, nor is the harm to fans the true injury at hand. Rather, who is most harmed by legalized sports betting is the athlete playing the game upon which the fans bet. The athlete who has been commodified, monetized, and criminalized up until now will continue to face the same exploitation as they always have, but now with the added attention from those looking to make a buck from a fixed game. Like in the rest of collegiate sports, the player who is commodified, monetized, and criminalized the most by this is the Black college athlete.

This Article places no blame upon any athlete who chooses to accept a bribe to change the outcome of a game. Rather, we see this as a natural response to the economic conditions they face: overworked, overplayed, and under (or never) paid, the college athlete who accepts a bribe is only making a rational choice based on their knowledge and economic conditions. It is the same logic we all use to make decisions every day. Yet, unlike any person on the street who uses a heuristic to decide which job to take or meal to buy, the collegiate athlete will be criminalized for their rational choice.

This Article seeks to explain how creating sports betting mechanisms is a detriment to the players more than it is to the game. To set a foundation for the sheer imminence argument, Part II will analyze the recent legal history and testimony on sports betting. Parts III and IV will then explain how (particularly Black) athletes have been commodified and criminalized in sports and society. Finally, Part V will marry the recent legislation with the history of athlete exploitation and provide economic arguments and examples as to why legalized sports betting results in social costs that we should not accept.

A clearly foreseeable result of legalizing sports betting is the dramatic expansion of the arrest, trial and incarceration of Black college athletes. They understand that they have no real chance of making the professional teams and will therefore accept bribes to throw the games. Huge amounts of bribes will flood the market and large numbers of Black athletes will accept bribes and as a result spend time in prison, risking their personal and professional futures. In contrast, white adult males who operate the betting corporations will earn windfall profits. Bribers will also profit and some will also end up in prison. The lives of both the Black athletes and the bribers will be forever ruined.

Alongside the degradation of college athletics as a result of thrown games, white males who own betting parlors and other gambling enterprises will earn millions of dollars and that is the point of each states' newly enacted or proposed bills. The foreseeable imprisonment of large numbers of Black college athletes is accepted as collateral damage necessary to support the greater good: white profits.