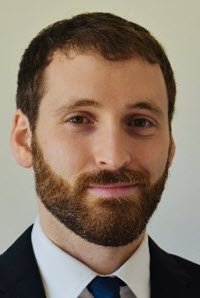 In the early morning hours of New Year's Day in 2016, DeAndre Holiday got into a scuffle in the South Side of Chicago with another individual who pulled out a gun and shot him. Holiday, a twenty-four-year-old father of three, died at the scene. The murder was the first of more than 760 reported homicides in what would prove to be a dishearteningly bloody year for the city. More than a year later, Holiday's mother reported that police “had an idea” who committed the murder, but that the case had stalled because they “d[idn]'t have anyone to place [the suspect] at the scene.”

Five months later, Jeremy Rogers got into an argument with two young men at a gas station in northwest Chicago and was shot in the head. Rogers, a twenty-seven-year-old father of two, died more than a week later, and unlike in Holiday's case, police arrested a suspect the following month.

These two cases share much in common: both started with a disagreement that then escalated to a fatal shooting of a twenty-something-year-old father. But they also differ in one significant way: police made an arrest in Rogers's case but not in Holiday's. What explains those disparate investigation outcomes? Perhaps the evidentiary characteristics of the case differed. For example, witnesses appear to have come forward in the Rogers case but not the Holiday case. Other physical evidence, such as ballistics evidence or surveillance footage, can also help investigators solve a homicide.

But what if the police investigation outcomes were colored instead by another key difference between the two cases—that Rogers was White and Holiday was Black? This study aims to help answer such questions by identifying the features of homicides that are more likely to be solved and the features of those that are not.

Somewhat quietly, American police officers in recent decades have begun having far less success when investigating homicide cases like those of Holiday and Rogers. Estimates suggest that the homicide clearance rate in the United States has dropped from more than 90% in 1961 to less than 60% as of 2016. Similar declines have also been seen in some other countries, but many industrialized nations have substantially higher clearance rates. The plummeting clearance rate in the United States is particularly surprising given the country's fascination with murder, as illustrated by the recent explosion in popularity of true crime podcasts, television shows, and documentaries. Likewise, news organizations also commonly latch on to the captivating elements of murder, leading to the well-known trope that “if it bleeds, it leads” research has revealed that the amount of news coverage a case receives can depend on who is doing (or causing) the bleeding. Recent increases in the homicide rates of several major cities in the United States have, in particular, garnered extensive coverage by the news media. In response to the violence, news corporations and non-profit organizations, such as Homicide Watch Chicago, have taken it upon themselves to track every homicide in some of these urban hubs.

Nevertheless, despite the prevalence of depictions of violent crime in U.S. entertainment and news, the academic landscape regarding homicide clearance remains surprisingly muddled and relatively underdeveloped. In fact, as recently as 2006, when a leading policing scholar was asked to explain falling clearance rates in the United States, he responded: “I haven't a clue. I've been involved in the field for [forty] years and best as I can tell, nobody has even raised this stuff. Hearing about it now is like being hit by a bus.” There is little consensus with respect to which characteristics of a homicide make it more likely to be solved, with two primary schools of thought having emerged. The first school posits that extralegal characteristics, such as the race and sex of the victim, play a major role in whether a homicide is cleared. The second school counters that the legal characteristics of a case, like whether a gun was used to commit the crime, are the most relevant features of a murder.

The murkiness in the literature is partially the result of the relatively uniform approach taken by much of the research in this area. To illustrate, very little work has included news coverage as a potential extralegal characteristic of a case, despite the fact that intuitively, it seems plausible that increased media coverage might lead to added urgency for police to solve a given case. Moreover, the studies that have looked at the intersection of news media and policing—both in the context of clearance rates and more broadly almost uniformly ignored internet news. Instead, they have almost exclusively assessed the role of newspaper or television news. Finally, much of the research on clearance rates restricts its analysis to the threshold issue of whether a case was cleared, rather than also considering the length of time elapsed before clearance. Although such a perspective is undoubtedly informative, a more complete understanding of the issue is impossible without also surveying the factors that influence the speed with which police close their investigations.

Consequently, this study aims to add clarity to the debate on the role of extralegal and legal characteristics on homicide clearance rates by making three noteworthy contributions: (1) exploring the impact of news coverage on homicide investigation outcomes; (2) using internet news as the medium of interest; and (3) broadening the scope of the inquiry to include both overall clearance rates and time to clearance. The results of the study indicate that homicide in Chicago takes a remarkably consistent form: Black men and boys getting killed by guns. Those cases also seem to be the most difficult to solve, as clearance rates increase and time to clearance decreases when victims are female, a gun is not used as the murder weapon, and more than one person is killed. News coverage is a significant predictor in one of the models, but the effect drops off when case legal characteristics are added.

Part II of the paper summarizes the relevant existing literature.

Part III describes the data and methodology used in the analysis.

Next, Part IV presents the study’s results before

However, the study is not without limitation. An emphasis on news coverage, though unique, also requires time- and labor-intensive data collection that limits the size and scope of the analysis. Including a wider geographical spread or a longer stretch of time becomes much more challenging, which limits the generalizability of the findings. Nonetheless, given the prior research establishing the persuasive power that the news media possesses, trading sample size for the inclusion of news coverage as a variable remains a worthwhile methodological strategy. In addition, the causal inferences that can be drawn from the analysis are limited by its observational design; but that is a limitation of all studies in this area, given the impossibility of purely experimental designs in the context of homicide.

Overall, the findings lend credence to the critics of Donald Black's theory of police investigation priorities. The two major legal characteristics of the cases both resulted in statically significant findings. The role of guns in particular has meaningful policy implications for the city of Chicago. The results with respect to sex, the one extralegal characteristic that was most significant, also contradict Black's theory because female victims, not males, saw more frequent and quicker clearances.

The results also highlight that homicide in Chicago is a non-representative phenomenon. Homicide victims in the city are largely Black and male, despite city-wide demographics to the contrary. Thus, while victim race did not have a significant effect on clearance in this study, the low clearance rates and long time to clearance have an outsized effect on Black men in Chicago. That effect likely makes detectives' jobs more difficult by sowing mistrust in Black communities. As a result, although police might not have approached DeAndre Holiday's case any differently than they approached Jeremy Rogers's, the communities in which both killings took place might have approached police differently instead. It is up to the city and its police force to rebuild those relationships.