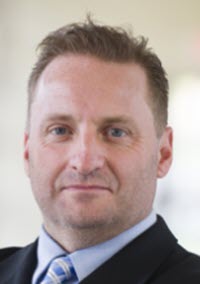 Hip-hop music and culture profoundly influence attitudes toward, and perceptions about, criminal justice in the United States. At base, hip-hop lyrics and their cultural accoutrements turn U.S. punishment philosophy on its head, effectively defeating the foundational purposes of crime and punishment. Prison and punishment philosophy in the United States is based on clear principles of retribution and incapacitation, where prison time for crime should serve to deter individuals from engaging in criminal behavior. In addition, the stigma that attaches to imprisonment should dissuade criminals from recidivism. Hip-hop culture denounces crime and punishment in the United States by defying the underlying penal philosophy adopted and championed by legislators for decades. Since the inception of hip-hop as a musical genre, hip-hop artists have rhymed in a narrative format that starkly informs listeners and fans that the entire fundamental regime of prison for crime in the United States is suspect, illegitimate, and profane.

Because U.S. criminal law and punishment are profane and illegitimate to many, as hip-hop artists historically and fiercely argue, two of the primary foundational underpinnings of the criminal justice system are lost on the “hip-hop generation” deterrence and stigma. “When . . . incarceration is not sufficiently stigmatized, it loses its value as deterrence.”

Professor Paul Butler powerfully notes in his ground-breaking 2009 book, Let's Get Free: A Hip-Hop Theory of Justice, that despite the apparent divide between socially conscious rap and gangsta rap, the hip-hop artists and culture agree profoundly on one thing: that overwhelming inequities permeate the criminal justice system in the United States. And hip-hop harshly critiques crime and punishment inequality in our country. Because, as hip-hop aggressively describes, crime and punishment in the United States is fundamentally unfair, inequitable, and biased against people of color and the poor, punishment for committing certain crimes here is viewed by the hip-hop nation as illegitimate, and imprisonment for committing suspect crimes is unaffecting. Hip-hop culture has engendered in the global hip-hop generation a tradition of exposing racial inequality and social injustice, particularly within the United States.

This article will begin by exploring the global ascent of hip-hop music through an examination of how it has influenced an entire generation towards a deep distrust of the criminal justice system in the United States, to the point where imprisonment is respected, if not lauded, and deterrence has lost any realistic value for those who engage in “criminal” behavior. After examining hip-hop “lessons” through rhyme and baseline, the article will focus on the political agenda of early rap artists that included clear messages of defiance and deep disrespect for a criminal justice regime that systematically targeted young African American and urban youth. Then, this piece explores what it means for a hip-hop generation to come of age while retaining chasm-like differences from the traditional majority perspective on crime and punishment in the United States, and how this development will impact punishment and justice in this country going forward.

Hip-hop teaches that the U.S. system of crime and punishment is inequitable, and does so primarily by exposing, in stark lyric and behavior, that the poor are punished more harshly than the rich, and that drug offenders are punished more harshly than white collar criminals. An amazing chasm exists between the hip-hop generation and the traditional majority perspectives. Hip-hop asks who the true criminals are: young inner city youth selling drugs with no prospects for work, petty thieves stealing to eat, or the 2008 corporate executives at AIG, Lehman Brothers, Countrywide, and Bear Stearns, who recklessly torpedoed the U.S. economy and, rather than facing jail, received government bailout money exceeding $800 billion dollars. Hip-hop adjudges this system of prioritizing crime in this way as obscene.

Respected scholars are arguing today that hip-hop offers a legitimate alternative theory of justice, that hip-hop's bold trespass into traditional copyright and property law is a form of civil disobedience, that hip-hop has influenced a generation of law students and young lawyers to proactively seek radical means of justice, that hip-hop comfortably debates and exposes the “dark side” of American society and inequality, that gangsta rappers stake an important place in the black public sphere while still providing seeds of political expression amidst the violence and misogyny, that criminal prosecution of mix-tape DJs is an improper use of police power in an ever changing copyright dynamic, that hip-hop did not create the violence and misogyny rampant within it but merely contextualized it for the black community, and that hip-hop profoundly influences political discourse. It then seems time for U.S. legislators and policy makers to reexamine the fundamental underpinnings of crime and punishment in the United States. It simply does not work for the hip-hop generation.

Hip-hop erases the stigma of imprisonment. Hip-hop refuses to acknowledge the deterrent power of the U.S. prison system as it recognizes the many illegitimate and profane uses of the law to subjugate people of color and punish the poor and powerless, while ignoring the criminal behavior of the wealthy and privileged. While hip-hop does not say much about actual life in prison, it certainly respects the imprisoned and welcomes the convicted back into society openly.

If in fact, American society is no longer fine with its prisons overflowing with petty criminals and grossly disproportionate imprisonment of minorities, and if American citizens are no longer fine with spending billions of dollars on building prisons, while cutting billions of dollars from education, then perhaps a new nascent movement is afoot--one that will radically alter the course of crime and punishment in the United States.