Other People's Property: Hip-hop's Inherent Clashes with Property Laws and its Ascendance as Global Counter Culture 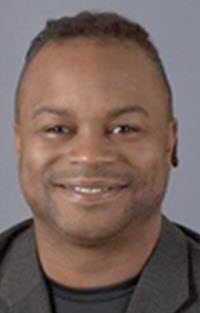 Many worldwide adopt hip-hop as a culture in opposition to property owners, due to its inherent clashes with property laws. For many of the world's poor and non-propertied, the emergence of hip-hop culture has represented a powerful movement against the propertied and the social order maintaining their wealth. Surely, Public Enemy's song “Fight the Power” promoted hip-hop globally as an art form capable and worthy of adoption by those struggling for economic or social justice. Hip-hop's worldwide appeal, however, has less to do with its capacity for expressing political messages and more to do with its inherent opposition to property laws. It is the symbolic nature of hip-hop's many current and historical battles with federal, state, and local property laws that inspire many of the world's poor young people to rap, break-dance, write graffiti, adopt hip-hop fashion and language, and express their opposition to their respective social systems through hip-hop culture.

This Article discusses several features indispensable to hip-hop culture and its evolution, and how each feature impinges on other people's property. Block parties, house parties, dancehalls, sampling, bootlegs, demo tapes, and mix-tapes tend to violate the prevailing constructions of several federal copyright statutes and certain other laws protecting private, exclusive ownership of property. Components of these activities may also violate laws relating to personal publicity and trademark rights. Unlicensed radio stations violate rules promulgated by the Federal Communications Commission. Graffiti artists often trespass, loiter, deface public and private property, and breach the peace. Throughout its history, hip-hop culture has been at odds with property owners and the laws protecting them.

Hip-hop culture's conflict with property laws, however, maintains hip-hop as a symbol of counter-culture to the world's poor. The growth of the rap music industry and hip-hop culture has depended on the perception, real and imagined, that hip-hop represents a successful confrontation with the well-propertied and their order. Viewed through this lens, it is not surprising that, for example, young Palestinian and Brazilian youths have embraced hip-hop as their way of expressing dissatisfaction with their social order, as do rebellious suburban teenagers in the U.S.

This Article describes the growth of hip-hop from one borough in New York City to a worldwide music industry and cultural phenomenon. The description of hip-hop as part of an outlaw culture goes beyond anti-social lyrics, which are neither a necessary nor an inherent part of hip-hop. Hip-hop culture successfully maintains its position among those in the poorer classes by maintaining its independence from property laws, particularly federal copyright laws. Thus, the Article describes phenomena indispensable to the growth of hip-hop to illustrate how hip-hop maintains its position as a leading culture for the poor and disenfranchised not through lyrics in praise of anti-social norms, but by refusing to comply with expression stifling property laws.

Part I describes hip-hop's ascendance from a local phenomenon within the South Bronx, New York to a global art form and culture. It describes hip-hop in terms of the elements that make it what it is. Part II identifies historical channels for distributing hip-hop and their tendency for violating exclusive ownership of private, and sometimes governmental, property. Part III contends that hip-hop as a culture endorses a utilitarian view of property laws. Part IV examines federal copyright treatment of hip-hop sampling in three cases, Grand Upright v. Warner Brothers Newton v. Diamond and Bridgeport Music v. Dimension Films. Part V argues that, while fair use remains a defense for hip-hop producers who sample, courts will not likely find most hip-hop sampling to be a fair use. Part VI concludes by lamenting the unlikelihood that copyright law and property laws generally will accommodate hip-hop as a means for poor people to compete in the marketplace for ideas, and by praising hip-hop's stalwart adherence to civil disobedience with respect to these issues.

Civil disobedience is a hallmark of hip-hop. Born in the South Bronx, hip-hop is an art form created by and for the property-less. By transforming the works of others into something new, hip-hop disobeys property laws that stifle expressive capacity. By doing so, hip-hop helps the disenfranchised compete in the marketplace for ideas. The symbolic nature of hip-hop as a culture succeeding despite great opposition from property owners is what makes subordinated peoples the world over adopt hip-hop culture.

Hardcore lyrics promoted by the rap music industry, however, do not constitute civil disobedience, and they do not truly represent the social mores of poor people. Most “gangsta rap” lyrics praise materialism, male aggressiveness, and female subordination. These norms are identical to those promoted by the entertainment industry generally. Rap songs in this vein do not challenge the social order, but support it. They are not meant to celebrate and facilitate social gatherings of the lower classes. Instead, they are used to paint stereotypical pictures that justify their subordination.

The prevalence of these vulgar and violent rap lyrics is partly due to overzealous protection of property. Overzealous property laws and extensive media exposure burden market participants with high entry costs, especially new entrants and those with limited funding. Copyright protection against sampling raises the cost of creating hip-hop music by forcing producers to either pay license fees for each sample they intend to use or to pay musicians to recreate the desired sounds. Extending the copyright term increases the amount of works requiring license payments. Allowing media consolidation with respect to both record companies and radio stations reduces points of distribution, which requires would-be market participants to pay higher prices for entry into the marketplace. For example, because the radio industry has changed from a landscape in which there were thousands of local participants into one where a few major national companies dominate the scene, the price of getting a song on the radio, often in the form of illegal payments, increases. Property laws and media consolidation have caused a dramatic rise in the costs associated with producing hip-hop music. The rap music industry, however, does not face the same set of costs as independent hip-hop producers, because rap artists often merely pay licensing fees to themselves or sister corporations.

Unfortunately, the costs of independently producing and distributing hip-hop continue to rise and do not show signs of declining anytime soon. The corporate media parents of the rap music industry have captured Congress. There appears to be no federal momentum towards broadening media ownership, shortening copyright terms, extending the fair use doctrine to cover hip-hop sampling, accommodating so-called pirate radio stations, or permitting the production of mix-tapes. Thus, hip-hop will have to submit to the increased costs of production, abandon its mission entirely, or disobey the law.

Disobedience takes on two forms, one mild and the other radical. An example of mild disobedience is the refusal to heed cease-and-desist letters. In response, recipients without considerable financial resources typically relent. Some scholars suggest that independent artists can dampen overzealous use of property laws through litigation. The two problems with this approach are that independent artists often have few resources to engage in litigation over each musical sample and that judicial intervention on behalf of hip-hop is, because of the prevailing mistaken public perception of hip-hop, probably unlikely. As a result, hip-hop culture must often revert to the form of civil disobedience it is accustomed to - open defiance.

Hip-hop sampling, pirate stations, mix-tapes, and similar devices reduce the cost of producing hip-hop music and widen its distribution. This helps hip-hop maintain its autonomy and allows the production of socially-conscious music that the rap industry often rejects. The rap industry, on the other hand, maintains the power of its oligopoly by keeping the costs of production high through aggressive and over-burdensome licensing practices and the channels for distribution limited by consolidating urban radio stations under a few national brands.

The rap music industry has the upper hand, because of its alignment with property owners. Sampling, for example, could be considered a fair use of another's intellectual property. Realistically applying jurisprudential techniques to the fair use statute, however, suggests that copyright law will continue to be overzealously applied to hip-hop in order to stifle it. Judges will allow it to be stifled because, in the current social climate, they are not likely to consider hip-hop a “useful art” worthy of promotion through a favorable fair use ruling.

Mix-tapes have an even lesser chance of being considered fair use than sampling. It is likely that the rap music industry will be able to successfully arrest and restrain underground hip-hop mix-tape producers. Hip-hop fans will lose access to music created for the purpose of entertaining and representing poor people, rather than suburban propertied audiences. Fortunately, hip-hop needs little encouragement from its fans to continue disobeying overzealous enforcement of property laws.

Hip-hop artists must stay committed to maintaining a mentality of originality, innovation, and freer competition. Property laws used to be designed to promote these norms. Nevertheless, property laws are being used increasingly by entertainment corporations to reduce competition, which in turn reduces originality and innovation. That turns markets designed to lower costs and increase production, all of which benefits the poor, into one with higher costs and lower production, which benefits the lucky few who dominate the market. For the benefit of hip-hop itself and the global community, the hip-hop industry must commit itself to resisting draconian enforcement of property laws so that it can remain the fighting music for the world's downtrodden, rather than further sully itself as the world's musical pornography.