The Politics of “Mo' Money, Mo' Money” and the Strange Dialectic of Hip Hop Music 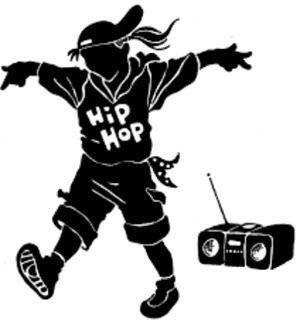 Despite perennial quibbling over the exact birth date of rap music, hip hop pundits generally agree that it was born sometime in 1974, and that its birthplace was a playground in the South Bronx, New York. A stylistic off-shoot of “house” music, the Sugar Hill Gang's “Rapper's Delight” emerged as rap's first major commercial hit. The song's rhythmic background, Chic's “Good Times,” was almost appropriately the last dying breath of the disco craze.

Since its humble beginnings in the South Bronx, rap music has grown exponentially, creating a hip hop culture and lifestyle whose influence spans the globe. No longer just a highly lucrative music genre that recently outsold every other music category, including country, rap music and hip hop culture have spawned a multibillion dollar enterprise. While the hip hop industry produces music and apparel, hip hop itself serves as the thematic back-drop for the marketing of hundreds of consumer goods—from food, soft drinks, sneakers and cosmetics, to banking services, entertainment, furniture, alcohol and cars.

A measure of hip hop's influence and stature was the decision by prominent Harvard Professor Cornel West to cut a rap CD, the willingness of his colleague Henry Louis Gates to testify as an expert witness for a gangsta rap group whose lyrics were the focus of an obscenity trial, and their colleague Charles Ogeltee's role as moderator of a Harvard summit to draft a code of conduct for rap music's hardcore element. Not surprisingly, the number of books on the topic has grown, lining bookstore shelves alongside titles on music, culture, biography, sociology, history, politics, and even current events. The most recent addition to this growing body of literature is The Hip Hop Generation — Young Blacks and the Crisis in the African American Culture, by Bakari Kitwana, a former editor at The Source magazine.

Part I of the book's two sections, entitled “The New Crises in African Culture,” consists of five chapters in which Kitwana defines the members of the hip hop generation, explains their collective outlook and attitude, and recognizes hip hop as the single most significant achievement of their generation. He argues, however, that political and socioeconomic forces have made their struggle for equality uniquely more difficult than that of their parents during the Black power/civil rights era. Unlike the earlier generation, whose struggles focused on the fight against racial segregation, the hip hop generation is beset by problems of racial profiling, rising rates of incarceration, poor education, heightened gender wars, environmental racism, AIDS, and unemployment that only worsened with increased globalization. These issues, Kitwana argues, are often lost in the public debate because the hip hop generation, for most of the last two decades, has been seen as the “problem.” “[T]he near obsessive national attention given to praising the long gone civil rights movement, [ignoring] the reality that concrete progress within the civil rights arena has been almost nil for nearly four decades,” further obscures these issues.

As the first generation of African Americans come of age outside the confines of de jure segregation, according to Kitwana, these worsening conditions have created a contradictory worldview—one that embraces elements of the past, such as Afro-centric dress and hairstyles like dreadlocks and braids, but that also rejects others, like strict allegiance to the Democratic party and the traditional roles of the family, schools, and the Black church. Their defiant attitudes and disposition are seen in professional athletes like Allen Iverson and Mike Tyson, as well as in their activism—directed against both the white status quo and the older generation of middle class Black activists like Jesse Jackson, Kweisi Mfume, and Al Sharpton. As beneficiaries of the 1960s civil rights era, today's young Blacks are more likely to resemble their white counterparts who seek to get rich quick, achieve wealth by any means necessary, and acquire the materialistic and consumer trappings of financial success.

In the three chapters of Part II, “Confronting the Crises in African American Culture,” Kitwana regards, even more than fashion, language and style, hip hop as the “vehicle for transmitting culture and values to this generation, relegating Black families, community centers, churches and schools to the back burner.” He decries the negative images projected by “hood” movies and gangsta rap music that have fused in the public mind as a string of destructive “isms”—sexism, gangsterism, materialism, anti-intellectualism, and nihilism. He also laments the irony of the rappers' access to global media through a multinational corporate structure that simultaneously supports their plight. Still, he lauds the hip hop generation's nascent political activism, and provides small but hopeful examples of grassroots involvement by dedicated young Blacks nationwide who struggle anonymously to make a positive difference. Finally, he challenges the rap industry and the hip hop generation to translate their significant cultural influence into a unified political force. He envisions a “unified front” behind which hip hop's commercial and grassroots sector may finally unite, along with young whites, to pool their professional and financial resources to effectuate broad socioeconomic change.

Part polemic, part jeremiad, The Hip Hop Generation is a deeply troublesome book. Some problems inhere in the subject matter itself, reflecting the complex of contradictions and paradoxes that form a major component of the hip hop phenomenon. But the major problems here are authorial.