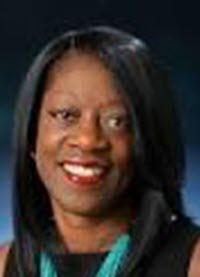 It is profoundly important to remember the work that Dr. Martin Luther King, Jr. was doing when he was gunned down in Memphis on April 4, 1968. He had come to support the right of sanitation workers to earn a living wage. In other words, King died fighting against poverty. We know that at the time of his death, Dr. King had taken stock of the victories achieved through the civil rights movement he led and had turned to enlarge his vision to address three major priorities: addressing poverty, racism, and militarism. These were his priorities at the time that he came to Memphis. Thus, it is fitting that we focus on eradicating persistent poverty in the fight for equity in America

By all measures, inequities that separate the advantaged from the disadvantaged in America are severe and worsening to levels not seen in decades. The top 1% of earners took home 20% of the nation's income, while the bottom 50% of the population earned less than 13% of national income in 2014. Wealth inequity is even more concentrated; the top 1% of households hold nearly 40% of all wealth while the bottom 90% share less than a quarter of the nation's wealth. Middle-class families are suffering the worst of the widening inequity gaps, especially racial and ethnic minorities as compared to white families. As a result, social and economic inequity characterizes all sectors of society. For example, educational inequity constrains social mobility for generations, confining a perpetual underclass into neighborhoods characterized by concentrated poverty, discriminatory policing, food insecurity, and tragically disparate poor health outcomes

Indeed in Memphis, the city where Dr. King was martyred, the data shows that Memphis remains “ground zero” for Dr. King's “Poor People's Campaign.” Poverty and inequity continue to plague this city, fifty years after King's death. Data released in February 2018 found that Memphis is the poorest large metropolitan area in the U.S. Moreover, the wage gap between blacks and whites has remained unchanged with black Memphians earning a median annual income that is only 50% of the median income enjoyed by white Memphians. Tragically, the childhood poverty rate for blacks in Shelby County, where Memphis is located, is more than quadruple the rate for white children. No child should live in poverty. But the disparity among black and white children is especially unjust because inequities established early in childhood mean that over the entire life course, a disproportionate number of blacks in the population will have almost no way to compete on equal footing with whites to achieve the promise of life, liberty, and the pursuit of happiness in America. Memphis, however, is not the only city in America where black children start at a disadvantage. Throughout the country, over one-third of black and Native American children live in poverty, as compared to only 12% of their white and Asian counterparts. This disheartening truth was captured in a speech that Dr. King gave in 1967. The speech was called The Other America, and sadly, 50 years after Dr. King's death, still tells the story of the national maladies he came to Memphis to address. In honor of the work he began then, this Essay highlights three themes from that speech. First, eliminating racism and poverty are separate goals that must not be conflated. Second, the public health framework provides an ideal lens for understanding and mitigating the impacts of poverty and racism. And third, we must reject racial divisions in favor of cooperative and collaborative solutions that are needed to effectively eliminate “The Other America” once and for all

The lessons that Dr. Martin Luther King, Jr. taught ring as true today as they did when he was alive. Sadly, the inequality that characterized American society then continues to plague our communities today. The racial schisms that threatened our national productivity, strength, and unity during his day remain stubbornly divisive today. And yet the moral conviction that compelled Dr. King to call for all of America to be held accountable for the plight of poverty and despair in The Other America still calls us to action today. Furthermore, today we have the opportunity to examine inequity from a fresh perspective and apply new tools--public health tools--to address disparities. The key will be to preventively address the root social causes of inequity that manifest in disproportionately poor health. These social determinants include the lack of affordable housing and inequitable access to quality education, health care, and employment. No one understood this better than Dr. King. He came to Memphis in 1968 to unite with workers--whether black, white, or brown-- in their demand for fair pay and working conditions. His life was cut short here, but his mission must not be. Dr. King acknowledged, when he spoke of “The Other America,” that the struggle for “genuine equality” will be more difficult today than the struggle to integrate lunch counters and buses. And yet, he also declared, “[s]omehow I maintain hope in spite of hope .... I still have faith in the future. And I still believe that these problems can be solved.” On this fiftieth Anniversary of Dr. King's assassination, we honor his legacy best by making his faith, hope, and belief a reality