Discrimination continues to kill in America. . . . When Americans are dying because of the color of [their] skin, that is a national civil rights issue of the highest order.   --Representative Elijah E. Cummings 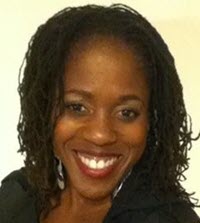 In the aftermath of the closing of the District of Columbia's General Hospital (D.C. General) in the Southeast quadrant, paramedics rushed Mr. O'Dell Sellers, a 49-year old, African American male, suffering from chest and abdominal pains to Washington Hospital Center. Even though Mr. O'Dell lived just minutes away from D.C. General, he was diverted to a facility located much farther away. The hospital emergency room was extremely overcrowded. As a result, Mr. Sellers not only had to wait several hours before being seen by a physician, but the medical personnel also failed to conduct the necessary testing to give Mr. Sellers the proper diagnosis. In fact, Mr. Seller's was misdiagnosed with acid reflux disease, and was promptly discharged from the hospital with a prescription to treat severe heartburn. A few days later, Mr. Sellers called 911 suffering from the same symptoms. The same paramedics responded to the call. Without running additional tests, they assumed the same misdiagnosis and decided not to transport Mr. Sellers to the hospital. Three hours later, Mr. Sellers died from cardiac arrest.

In the context of healthcare--race matters. There was a time when people were turned away from healthcare facilities because of the color of their skin. During this time, equitable healthcare access was defined as simply being allowed to get into the door. Although the racial dynamics within the healthcare system have drastically changed in the last forty years, and overt acts of racism designed to deny minorities their rights to certain benefits and opportunities are less likely to occur, “vestiges of segregated healthcare remain.” Discrimination in today's healthcare delivery system, although more subtle, is no less serious in effect. Consequently, minorities must still persevere in the pursuit for equitable healthcare. Only now, access is addressed in the context of what happens to minority patients once they get in the door.

In March 2002, the long-standing health disparities plaguing the African American community gained national attention when the National Academies Institute of Medicine issued its report documenting that “minorities, regardless of income, education and access, were discriminated against in healthcare.” The report, however, came as no surprise to civil rights advocates who, over the last four decades, have waged the war for racial equality in our nation's healthcare delivery system.

Acknowledging that a legal response is necessary in order to overcome the challenges that racial discrimination pose to the healthcare marketplace, there is one predominant statutory tool that civil rights advocates have traditionally used: Title VI of the Civil Rights Act of 1964 and its accompanying regulations. Title VI prohibits discrimination based on race, ethnicity, or national origin by any program receiving federal funding, while the regulations promulgated pursuant to Title VI extend the statute's reach to address policies and procedures that may appear facially neutral, but nevertheless, have a disparate impact or discriminatory effect. Essentially, all healthcare providers receive some form of federal funding. As a practical matter therefore, healthcare falls under the realm of Title VI.

Until recently, civil rights advocates appeared to be equipped with the tools necessary to challenge racial injustice within our nation's hospitals, nursing homes, clinics, and other healthcare programs. In the 2000 term, however, the Supreme Court's five-Justice majority decided Alexander v. Sandoval, which “narrowed the test for finding [an] æimplied [private] right of actionÆ in federal statutes,” and severely compromised the ability of civil rights litigators to bring private lawsuits under Title VI.

In Alexander v. Sandoval, under º 602 of Title VI, a class of Latino, non-English speaking residents of Alabama challenged the Alabama Department of Public Safety's policy of administering driver's license examinations in English-only, as having a discriminatory impact on non-English speakers, based on national origin. The District Court for the Middle District of Alabama and the Eleventh Circuit Court of Appeals found that Title VI provided an implied private cause of action to enforce the regulation and, after concluding that the English-only policy constituted discrimination on the basis of national origin, they enjoined the policy. On writ of certiorari, the Supreme Court rejected the plaintiffs' efforts to enforce º 602 regulations and concluded that the text of Title VI does not expressly, or by implication, provide a private right of action to effectively carry out º 602 regulations promulgated under Title VI.

Departing from a thirty-year precedent, the Court relied on three major factors to ultimately conclude that no explicit or implied private right of action to enforce disparate impact regulations exists under Title VI. First, the Court held that private individuals may sue to enforce º 601 of Title VI, which prohibits intentional discrimination on the basis of race, ethnicity, and national origin, in federally funded programs. Second, the Court held that º 602 authorizes federal agencies to give life to º 601 by issuing regulations. These regulations are able to validly proscribe activities that have a disparate impact, even though such activities are not permissible under º 601. The Court further asserted, however, that under º 602, which authorizes federal agencies to create regulations to effectuate the provisions of º 601, the legislative history did not similarly support an implied private right of action. Third, based on a textual reading of º 601, the Court held that the provision prohibits intentional discrimination only; it does not reach conduct by a federal recipient having a disparate impact or discriminatory effect. The Court concluded that absent an express intent by Congress conferring a private right of action to enforce disparate impact regulations, such rights cannot be inferred.

Alexander v. Sandoval serves as a severe blow to the medical civil rights movement and the enforcement of equitable healthcare. In an era where purposeful discrimination on the part of healthcare providers is difficult to prove, and where healthcare providers' policies and procedures have more of a disproportionate adverse effect, access to the judiciary to enforce disparate impact regulations under Title VI is imperative. By denying a private right of action to enforce regulations that address conduct having a disparate impact under º 602 of Title VI, the Supreme Court has, in effect, restricted private plaintiffs from accessing the federal courts to protect their civil rights. If private plaintiffs are unable to bring a claim of intentional discrimination under º 601 of Title VI, then the plaintiffs' only alternative is to rely on the federal government's administrative enforcement of their rights. Unfortunately, in the context of healthcare, the entity responsible for the administrative oversight of recipients of federal funds, the Department of Health and Human Services (HHS) Office of Civil Rights (OCR), is characterized as having a weak monitoring and enforcement vehicle in place to ensure that healthcare providers comply with the mandates of Title VI. In the end, the Supreme Court's “anti-entitlement” trend disempowers medically underserved African Americans and potentially exacerbates the growing racial disparity in healthcare.

This Note argues that Alexander v. Sandoval effectively “shackles” potential plaintiffs suffering from the effects of racial disparities in the healthcare system by significantly narrowing the scope of remedies available to them under Title VI--thereby undermining the importance of litigation in enforcing Title VI. Part I provides an overview of the African American disparities in healthcare. Part II provides a historical perspective of Title VI, and examines the role of both public and private enforcement of Title VI of the 1964 Civil Rights Act to empower medically underserved African Americans to challenge discrimination in the healthcare system. Part III examines Alexander v. Sandoval. In particular, this section argues that the Court's interpretation of Title VI was poorly decided as a matter of law and as a matter of public policy. Part IV will discuss the impact of Sandoval on the civil rights advocates' ability to challenge racial discrimination in the healthcare system. This section also proposes that a response from Congress is necessary to restore the private litigants' right to enforce Title VI disparate impact claims.

“There is no doubt that a wide range of social and economic forces are contributing to worsened heath outcomes for minority Americans. But, as the Institute of Medicine study confirmed, discrimination is a significant factor--a deadly factor that requires a legal response.”  --Representative Elijah E. Cummings

The healthcare delivery system is an industry that is far from immune to the societal factors that contribute to the disenfranchisement of the medically underserved African American community. Healthcare disparities result from many complicated, deeply-rooted factors that “color patients and providers' decisions,” and thus, requires multiple players and multiple systematic approaches to remedy the problem. As such, the civil rights movement plays a crucial role in addressing these disparities in the healthcare delivery system. In particular, through Title VI and its accompanying regulations, the medical civil rights movement has established a legal framework to examine these differentials in healthcare by identifying who is to blame--by showing that a healthcare provider intentionally discriminated against, or used policies or procedures that, regardless of intent to discriminate, have a disproportionate, adverse impact on African American patients.

The Supreme Court, however, has closed its doors to private litigants seeking remedies for the types of discriminatory actions most often found within the healthcare system--those actions having a disproportionately adverse or discriminatory effect. Although the locus of responsibility for the enforcement of Title VI is with the Office of Civil Rights (OCR), Title VI realizes a majority of its potential primarily through litigation initiated by civil rights advocates. With no strong healthcare enforcement agency in place, Sandoval not only severely limits the civil rights remedies, it potentially exacerbates the racial health disparities endemic in our society.

A legislative response, therefore, is imperative. Where Congress has set forth a substantive and procedural vehicle to redress the effects of societal factors such as discrimination on individuals seeking healthcare services, its intent to grant such remedy to individuals should be clarified and restored through legislative action. Otherwise, with private rights under Title VI diminishing, it is indeed possible that, as Senator Leahy suggests, African Americans and other minority beneficiaries of federally funded healthcare programs will continue to be subjected to unlawful discrimination without any means to seek redress.