Eliminating Health Disparities: Why Is Diversity in the Courts Important? 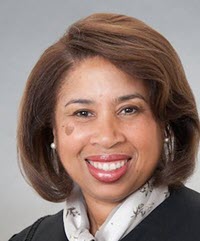 There are three principal reasons that a more diverse judiciary is important. First, a diverse judiciary is needed to promote democracy and to foster public trust and confidence in the judicial branch of government--especially among historically disadvantaged groups. The judiciary, like other branches of government, should be reflective of the people that it serves. The Supreme Court appears to have endorsed this view of judicial representation when the Court interpreted the Voting Rights Act of 1965 in Chisom v. Roemer.

In Chisom v. Roemer, a class of approximately 135,000 Black voters from Orleans Parish, Louisiana, challenged the selection method for Louisiana's Supreme Court justices from the New Orleans area. Specifically, they claimed that the method of selecting the two New Orleans area justices "impermissibly dilute[d] minority voting strength" in violation of the Voting Rights Act. The Fifth Circuit had previously held that judicial elections were not covered under the Act, reasoning that judges were not "representatives" for purposes of the Act since they need not be elected at all, depending on the system of judicial appointment used by each state. A majority of the Supreme *644 Court disagreed, concluding that the Voting Rights Act was enacted to remedy historic racial discrimination in voting and that "[i]t is difficult to believe that Congress, in an express effort to broaden the protection afforded by the Voting Rights Act, withdrew, without comment, an important category of elections [i.e., judicial elections] from that protection."

Second and relatedly, diversity on the bench "serves as a symbol for the members of groups that have been historically underrepresented on the bench [.]" Although this "role model" argument has been criticized for positioning minority judges as "cosmetic symbols, rather than as democratic representatives," Minority role models in the judiciary are symbolically important to encourage other individuals with diverse backgrounds to join the bench.

Last, and most importantly for purposes of this Article, a diverse bench allows for more diverse viewpoints to be part of the judicial decision-making process, which will result in better and fairer decisions. "Implicit biases are [] biases based on implicit [or unconscious] attitudes or [] stereotypes." Such biases can be based on race, gender, religion, or socio-economic status. Judges, like all lawyers, *645 carry the same ‘cultural baggage' as other members of society." Accordingly, just like other members of society, judges are prone to suffering from implicit, subconscious bias, which may affect their judicial-decision making. For example, according to one recent implicit bias test conducted on judges, a vast majority of White judges and even a large percentage (44.2%) of Black judges demonstrated a preference for White litigants. These implicit biases affect how different groups of people view the fairness of the justice system. "For example, [one study demonstrated that] 45% of [W]hite lawyers believe that less racial bias exists in the justice system than in the rest of society, while more than 90% of [B]lack lawyers feel that racism in the justice system is either the same as or greater than in other segments of society." In another study, "83% of [W]hite judges surveyed believe [d] that [B]lack litigants are treated fairly in the justice system, while only 18% of [B]lack judges share[d] that belief." Additionally, "[a]cross constitutional doctrines, poor people suffer diminished protection, with their claims for liberty and equality formally receiving the least judicial consideration ...."

Accordingly, the appointment of diverse judges is important not only to buttress against implicit biases of other judges, but also to improve the deliberative processes by "assist[ing] colleagues to appreciate and resolve complicated questions involving issues such as economic inequality" and discrimination, thereby reducing implicit bias within the judiciary as a whole. President Obama's diverse judicial appointments stem from his belief that judges should be attuned to the lives, concerns, and history of the litigants that come before *646 them, and not elevate form over function in their decision-making. A diverse judiciary, reflective of the community it serves, brings a broader perspective of views to the deliberative process, which allows judges to better understand the legal issues confronting litigants appearing before the court. "[J]udges who hail from different social or cultural backgrounds may provide a more nuanced understanding of facts, evidence, and credibility determinations than judges who lack such experience."

However, there is a school of thought that believes that judicial diversity is not particularly important because judges should not bring their life-experiences into judicial decision-making, and that judges should simply apply the applicable legal rule or principle to the facts of the case. While judges will arrive at the same conclusion given a particular set of facts because the applicable law yields a clear answer, there are some cases where judges, when interpreting the law and arriving at a decision, will reach a different decision or arrive at the same decision by a different analytical route, based on differing or nuanced views of a case, resulting from their diverse life experiences.

More importantly, as Sherrilyn Ifill, President and Direct-or-Counsel of the NAACP Legal Defense and Educational Fund, explains:
[T]he effects of racial diversity on judicial decision-making should not be measured solely by looking at case outcomes in discrimination cases ...; the value of diversity should be measured by its effect *647 on the deliberative process. Even if [B]lack and [W]hite judges reach the same outcomes, we should value racial diversity if it brings alternative perspectives and analysis to the process and enriches the legal decision-making.

Regardless of the rationale, I believe all of the above arguments share the important premise that a diverse judiciary will create greater public trust and confidence in the judiciary, particularly for minority communities. The Black population has a uniquely and historically strained relationship with the justice system. Although there are many complex reasons for this, the law has at times played a role in perpetuating "social, cultural, and political" segregation between Blacks and Whites. For example, there are stark racial disparities in criminal sentencing between Blacks and Whites. In addition, Blacks still are affected by de facto "racial discrimination in housing opportunities, mortgage lending, access to employment ... and educational opportunities." One study of employment civil rights disputes filed in federal district courts showed that White judges were about four times more likely than Black judges to dismiss a case at the summary judgment level involving a pro se plaintiff--a type of litigant who is much more likely to be from a minority population.

This strained relationship between the Black population and the justice system has resulted in many consequences. As I discuss in the following sections, one consequence is the "health gap:" the large disparity between the life expectancy and the quality of health care enjoyed by Whites as opposed to Blacks. This "health gap" was created, at least in part, by a legal system lacking in diversity. I will first explain the historic legal roots of the health gap, and then I will discuss how a diverse judiciary is important to guard against legal decision-making that disproportionately affects minorities and other disadvantaged communities.