The African-American Community and the National Tobacco Settlement 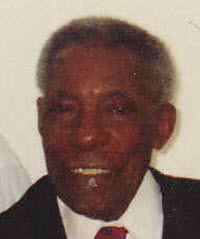 twentieth century, lived only to seventy-nine. He died of cancer after smoking cigarettes for over sixty years. He tried to quit smoking many times. He tried to quit smoking after developing throat cancer at sixty-two years old; he tried to quit after his brother, Arthur Randall, died of lung cancer; he tried the patches; he tried cold turkey; he tried hypnosis; he tried every smoking cessation known to man (or woman); he wanted to quit; he wanted a long life; but no matter how hard he tried, he always returned to his mentholated cigarettes. The first thing in the morning, (a smoke), the last thing at night (a smoke). My father smoked himself into an early grave. Cigarettes deprived me of a father and deprived my children of a grandfather. Who knows-- with the longevity in my family, they probably deprived my grandchildren of a great-grandparent.