Medicaid Approaches to Addressing Maternal Mortality in the District of Columbia 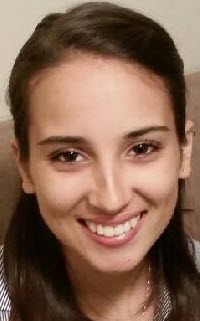 Dorothy Lee and Emma Clark, Certified Nurse Midwives in DC, were hired by their clients to assist and advocate for them through childbirth, and in doing so, they witnessed the normal, but extensive physical changes that occur through pregnancy: the enlargement of their uterus, their skeletons changing shape, organs moving aside, extreme fatigue, nausea, vomiting, and heart palpitations. Lee and Clark worked with their clients through the “physical, emotional and psychological process” of pregnancy and childbirth. Soon after their clients gave birth, though, Emma Clark received a call from her client's husband: “his previously healthy partner and their unborn son had just abruptly passed away.” Dorothy Lee's client, after a long labor and cesarean section, passed three days later “while her husband was out getting something for her at a local pharmacy,” leaving Lee to ask herself, “what happened to make this young, vibrant woman die within the first week after birth? This woman lost her life, her husband lost a partner, and her child lost a mother. Is there a pattern? Could that have been prevented?”

Most preventable deaths and health outcomes, while influenced by medical care, are also attributable to social determinants like “conditions in the places where people live, learn, work and play.” Beyond the hospital walls, the MMR can be caused by limited access to healthcare, which is influenced by urban policy. This note aims to propose several Medicaid policies the DC government can take to prevent MMR from increasing and improving access to care for pregnant persons, thereby increasing the likelihood of positive outcomes.

Medicaid extends coverage to some low-income patients and is funded jointly by the state and federal governments. This note aims to utilize this existing policy infrastructure to address maternal mortality for persons living in poverty. Because DC provides extensive benefits to make healthcare affordable for low-income pregnant persons, DC's maternal health crisis serves as an excellent case study. The impact of DC providing low cost healthcare without making that healthcare accessible allows for an examination of potential solutions to increase accessibility.

Part II will briefly place DC's MMR within the context of the United States larger maternal health crisis. Further, Part II will describe the significant income disparity in DC and the geographic inequalities that result from this disparity and outline the significant gap in healthcare access in DC resulting from these disparities.

Part III will include the following potential methods to improve access to care and support healthy pregnancies: (1) assisting hospital obstetrics units that serve low-income residents in remaining open by increasing Medicaid reimbursements, (2) improving public transportation to make these units accessible, and (3) extending Medicaid coverage to doula services to support healthy pregnancies even where access to hospitals is lacking.

Finally, Part IV will address education and mobilization methods required to enact these solutions. This note does not purport to solve the crisis. Rather, the solutions proposed will suggest programs to create modest improvements and stall current trends towards increasing MMR.

These proposed policies will require political will and financing. The impact, though, will be to counter the lack of access contributing to DC's high MMR. The provision of higher Medicaid reimbursements will reduce cost-cutting measures and increase the sustainability of obstetric units, particularly for hospitals receiving a relatively larger share of Medicaid patients. Accompanied with expanded public transportation, low-income pregnant persons will be granted the dignity of choice and have access to pregnancy-related care that is vital for healthy pregnancies. Further, extending Medicaid coverage to doulas, in addition to or in lieu of measures to increase access to hospital care, will increase the number of healthy pregnancies, driving down the ultimate cost to Medicaid and hospitals and mitigating the impact of limited access to hospitals.

The closure of obstetrics units, limiting of available services and incidents at DC hospitals demonstrate that various factors beyond Medicaid reimbursement and healthcare financing contribute to MMR. The reforms proposed are relatively modest and immediate in the face of a significant, ongoing problem. However, the problem and solutions proposed also show that this problem is not restricted to individual behaviors or interactions between doctors and patients. City policy action, or lack thereof, directly contributes to access to prenatal care and has a significant impact on pregnancy outcomes. This is particularly for those who rely on public infrastructure for healthcare and transportation. DC officials have a responsibility to act and act immediately with the sense of urgency that this issue requires.