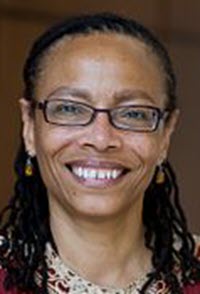 In June 2005, the Food and Drug Administration (FDA) announced a historic decision: it approved the first pharmaceutical indicated for a specific race. BiDil, a combination drug that relaxes the blood vessels, was authorized to treat heart failure in self-identified black patients. BiDil had been tested in the African-American Heart Failure Trial (A-HeFT) launched in 2001. A-HeFT enrolled 1,050 subjects suffering from advanced heart failure, all self-identified African Americans. A-HeFT showed that BiDil worked; in fact, it worked so spectacularly that the trial was stopped ahead of schedule. BiDil increased survival by an astonishing 43 percent. Hospitalizations were reduced by 39 percent. It was a momentous accomplishment for Jay Cohn, the University of Minnesota cardiologist who invented BiDil and had pioneered vasodilators as an important treatment for heart failure.

Given evidence of BiDil's efficacy, but little evidence that race mattered to its efficacy, the FDA should have made one of two decisions: reject the request for race-specific approval or approve BiDil for all heart failure patients, regardless of race. Instead, the FDA put race at the center of its decision, sparking controversy and paving the way for a new generation of racial medicines.

No one is complaining that BiDil is available to people who will benefit from it. The problem is that BiDil was made available on the basis of race. Its racial label elicited three types of criticism: scientific, commercial, and political. I will discuss the first two controversies en route to what I consider the main problem with race-based medicine, its political implications. By claiming that race, a political grouping, is important to the marketing of drugs and that race-based drugs can reduce health disparities, which are caused primarily by social inequality, those who promote racialized medicine have made it a political issue. Yet, having made these political claims, these very advocates answer criticism by saying that we must put aside social justice concerns in order to improve minority health. This article explains why marketing pharmaceuticals on the basis of race is more likely to worsen racial inequities than cure them.

The promotion of race-based medicine misrepresents the relationship between genes, drugs, and health disparities. Of course, pharmaceuticals can help improve sick people's health and effective pharmaceuticals should be available to people who would benefit from them. But health inequities are not caused by genes and cannot be eliminated with drugs. Promoting race-based medicine with the myth that poor minority health is caused by genetic difference will only widen the gap, diverting us from the real solution. It makes no sense to put aside social justice concerns in order to improve minority health. A more just society would be a healthier one.