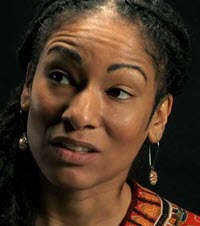 “The price of culture is a Lie.”

Headlines abound: White America's Heroin Problem, The Opioid Epidemic: For Whites Only?, and Heroin Kills White People More Than Anyone Else--and Nobody is Sure Why. If government officials were to approach the problem as they did a generation ago when the drug crisis was associated with the inner city, one could imagine a federal report that sets out to explain how family dynamics in the suburb lead to unique cultural behaviors and pathologies, including addiction:

In our own time, the same sudden transition has produced the [White suburb]-- different from, but hardly better than its predecessors, and fundamentally the result of the same process .... Family [alienation] among [Whites] in [suburbs] appears, then, to be one of the inevitable consequences of the impact of [suburban] life on the simple family organization and folk culture which the [White] has evolved in the [suburbs] .... In a word, most [White] youth are in danger of being caught up in the tangle of pathology that affects their world, and probably a majority are so entrapped .... Once or twice removed, it will be found to be the principal source of the most aberrant, inadequate, or antisocial behavior that did not establish, but now serves to perpetuate the cycle of [privilege] and [alienation, which fuels the heroin epidemic plaguing White communities today].

Whereas a focus on “the White family” in this manner may appear absurd, this passage draws directly from a 1965 study called The Negro Family: The Case for National Action, better known as “The Moynihan Report”. Authored by sociologist and politician Daniel Patrick Moynihan, the Moynihan Report sought to explain “the tangle of pathology” inherent to Black culture in the United States, and continues to influence public policy and racial discourse up to the present.

In the wake of the current heroin epidemic, the fictional report on the White family turns the trope of dysfunctional Blackness on its head. This inversion draws directly on the work of critical race scholar and Harvard law professor, Derrick Bell, who urged analysts to use narrative and imagination to lay bare the distortions of intellectual and scientific racism. Indeed, it speaks to the normalcy and dominance of Whiteness that one can only fully appreciate the absurdity of racist logic when it is applied to White Americans. The fictional report on the White family reveals how, unlike drug use in Black and Latino communities, the framing and regulation of the current phenomenon sweeping White America are strikingly different. In his book Dreamland: The True Tale of American's Opioid Epidemic, Sam Quinones wrote:

The epidemic involved more users and far more death than the crack plague of the 1990s, or the heroin plague in the 1970s, but it was happening quietly .... Via pills, heroin had entered the mainstream. The new addicts were football players and cheerleaders .... Kids got hooked in college and died there. Some of these addicts were from the rough corners of rural Appalachia. But many more were from the U.S. middle class. They lived in communities where the driveways were clean, the cars were new, and the shopping centers attracted congregations of Starbucks, Home Depot, CVS, and Applebee's. They were the daughters of preachers, the sons of cops and doctors, the children of contractors and teachers and business owners and bankers.

Unlike the U.S. War on Drugs, which criminalizes Black and Latino drug users, the current White epidemic is met with an entirely different apparatus that medicalizes drug use, treating addicts like patients rather than threats. A carceral approach to addiction involves, not simply the neglect of individuals' medical needs, but surveilling and punishing entire communities. As Helena Hansen and Julie Netherland explain:

In the context of public concern that White Americans are turning to heroin, policymakers are calling for reduced sentencing for nonviolent illicit drug offenses and the expansion of access to addiction treatment. At the same time, in Black and Latino communities, many drug-addicted individuals continue to be incarcerated rather than treated for their addiction.

Black drug addiction is presented as one of many dysfunctions inherent to ghetto life, whereas White drug addiction is often framed sympathetically--the tragedy of individual families or the byproduct of structural factors that have “given US White patients the ‘privilege’ of unparalleled access to prescription opioids.” In short, depending on the social location of a health problem, the language of cultural pathology becomes more or less salient. As one report put it, “When heroin use hit the suburbs, everything changed”:

Clearly, new attention to heroin use in White, affluent areas is changing the perceptions and politics of drug addiction. No longer are the addicts “desperate and hardened.” Apparently, heroin use isn't the result of bad parenting, the rise of single-parent families or something sick or deviant in White culture. It isn't an incurable plague that is impossible to treat except with jail time. Drug addicts no longer are predatory monsters. In short, the root problem is not the degeneracy of a group of Americans.

Whether it is drug addiction or other health behaviors, cultural explanations for disparate outcomes is an ever-ready lexicon with deeply racist roots. In fact, the intertwining of cultural and genetic traits to identify and hierarchize groups has been integral to scientific racism. Culture is typically posited as the mechanism through which genetic differences operate. As such, “culture talk” obscures the social reality of those it purports to describe and hides the positionality of those who engage in such descriptions.

To elaborate this twofold process of obfuscation, this Article builds upon a somewhat cryptic statement in The Souls of Black Folk, in which W. E. B. Du Bois warns, “The price of culture is a Lie [sic]”. In this passage, he describes how Black people are forced to repress their true thoughts, aspirations, and criticisms in order to participate in modern life; rather than be outspoken, honest, and self-assertive, they must flatter, smile, and be pleasant. Assimilation, in short, requires squeezing into a mold created by the White imagination of what it means to be, shall we say, “a good Black.” Extending this point, I suggest we not only concern ourselves with the way that cultural determinism flattens the complexity and humanity of people, thereby failing to produce adequate representations of how and why disparities persist. Rather, following Du Bois, it is vital to examine all that culture talk successfully produces--distorted understandings, “alternative facts,” that is, Lies. In the same way that biology has been used as an alibi, according to Albert Memmi, as a “general way to turn things upside down,” so too have cultural explanations. Culture talk functions as an elaborate alibi, or a proof of innocence, letting institutionalized racism and structural inequality off the hook, as much for health disparities as other forms of injustice.

The following discussion advances a critical race approach to the health sciences by examining culture talk as a discursive repertoire that attributes distinct beliefs, behaviors, and dispositions to ethno-racialized groups. After first tracing how cultural framings circulate and reproduce racist narratives in and beyond the health sciences, I examine how cultural competency training in medical schools and diversity initiatives in stem cell research employ culture talk to manage and manufacture group differences. From culturing cells in the lab to enculturing people in the clinical context, I apply the concept of “coproduction” to argue that culture talk is a precondition and product of scientific knowledge construction.

In the context of public health, too, we can observe how culture talk shapes and grows out of health policy in a dynamic feedback loop that changes dramatically depending on how target populations are represented. We know, for example, that Black patients who are stereotyped as chronically drug-seeking, routinely receive less pain treatment than their White counterparts with the same conditions. In the cultural framework of U.S. racism, Black pain is consistently represented as fraudulent, which has devastating consequences in medical practice. When it comes to drug treatment, not only do we observe stark differences in the criminalization of Blacks and Latinos compared to the medicalization of Whites, but even when addiction is biomedicalized for all, different regulatory schemes are triggered--treatment associated with Black and Latino users, namely methadone, is far more regulated and stigmatized then treatment associated with middle-class White users, namely buprenorphine. The latter is supplied by private physician offices allowing patients to experience far less scrutiny and far more access: “the very project of destigmatizing treatment for some leads to intensified stigma for others.” The racial imagery associated with white and black addiction produces this “two tier” policy framework that, in turn, relegates Blacks and Latinos to greater surveillance and punishment, reinforcing notions of inherent criminality. By contrast, culture talk that presumes the inherent uprightness of Whites ensures that their drug use is categorized differently and treated less punitively-- cultural innocence begetting judicial innocence.

In this way, cultural explanations for group differences tend to mimic the logic of genetics by attributing inherent traits to an underlying cultural code, which purportedly shapes individuals' beliefs, behaviors, and dispositions. In this way, it obscures the complex social reality that leads to drug addiction and other health issues and conceals the assumptions and biases of those claiming to decipher the code. The irony of culture talk is that, not only does it stifle a fair and accurate depiction of the crises facing subjugated populations, but it masks the potential dangers that await those coded as inherently good. Namely, those “overserved” by private physicians who choose not to suspect them of abusing drugs, are not truly served by a system built upon racist assumptions even if, on the surface, they seem to benefit. Hence, in a perverse fashion, the current drug crisis reveals how culture talk produces white innocence and white death, offering yet one more reason to lay flat cultural conceptions of group difference to rest.