Choosing Between Healthcare and a Green Card: the Cost of Public Charge 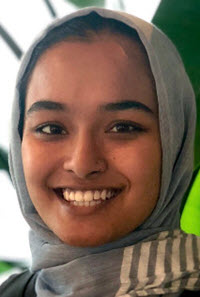 The Statue of Liberty stands in welcome on the shores of the United States and declares, “[g]ive me your tired, your poor, [y]our huddled masses yearning to breathe free,” as a promise from the United States to honor and support immigrants in their endeavors. The ebb and flow of immigration along with the skyrocketing cost of healthcare combine to create significant controversy. As a result, immigration, health care, and the economy are the crux of American politics and are prominent items on the agenda for the Trump Administration. At the intersection of these three platforms is public charge policy: a practice which determines admission of noncitizens into the United States based on the noncitizen's likelihood of dependence on the federal government's public services. From the first mention of public charge in our earliest immigration laws to the welfare reform legislation passed in the late twentieth century, public charge policy consistently centered around a dual commitment to enabling entry to noncitizens contributing to the economy and “a commitment to assist members of the community who fall on hard times.” In 2018, the Department of Homeland Security (DHS) reflected the Trump Administration's political interests, following leaks that DHS planned to change the public charge rule, by substantially expanding the application of public charge inadmissibility and departing from the dual commitment they had balanced for over a century. The 2019 changes include consideration of a noncitizen's previous use of public benefits that were excluded from the policy at the time, such as the subsidization of health care, and recognition of five distinct “heavily weighed” negative factors for the inadmissibility test, that will affect hundreds of thousands of immigrants in the country.

A mere four days before the new public charge rule was to take effect, three district courts halted the rule nationwide. The district courts granted motions to stay the effective date of the proposed rule. While the temporary delay of the proposed change was celebrated by healthcare institutions and immigration advocates, the fight drags on both in court and in the daily life of many immigrants concerned about their uncertain status. On January 27, 2020, the Supreme Court granted a stay in response to an emergency petition by the Trump Administration, lifting the nationwide injunction and allowing the 2019 public charge policy to take effect while legal challenges continue in lower courts. DHS implemented the 2019 final public charge policy nationwide on February 24, 2020, a mere month prior to the onslaught of the COVID-19 outbreak in the United States. On July 29, 2020, DHS was enjoined from implementing the 2019 public charge policy for the duration of the national health emergency in response to the pandemic. Although the new policy is temporarily halted, the public charge statute has gone unaddressed by Congress for decades, and the most marginalized in society are falling through the gap.

This Comment argues that public charge policy has systematically been weaponized to intimidate noncitizens by taking a policy intended to protect American citizens and instead using it as a cover to further political bias and discourage immigrants from accessing public benefits to which they are legally entitled. This weaponization will inevitably increase the burden on taxpayers and businesses, namely healthcare centers, to support noncitizens further down the line. This Comment assembles data provided by healthcare institutions in the underlying litigation over the public charge policy. It also calls upon Congress to address the inconsistency between the 1996 welfare reform and the 2019 public charge policy regarding public health programs, revisit the public charge statute, and consider a limited, yet significant revision of the legislation to exclude government-funded health benefits from public charge inadmissibility consideration. Although the administrative law issues of the 2019 public charge rule are being litigated, this Comment focuses on the systemic problem of conflating public charge policy with access to healthcare, urging Congress to rethink this connection between immigration and the provision of healthcare entirely.

Part I uncovers the background of public charge policy, including the legislative history and legal context of its evolution.

Part II addresses the feared implications of the 2019 rule as a prime example of the misuse of the public charge policy.

Part III argues that the development of public charge has been weaponized as a political tool of the federal administration at the expense of taxpayers and healthcare systems.

Key findings from the Pew Research Center note the growth in immigration to the United States:

The U.S. foreign-born population reached a record 44.4 million in 2017. Since 1965, when U.S. immigration laws replaced a national quota system, the number of immigrants living in the U.S. has more than quadrupled. Immigrants today account for 13.6% of the U.S. population, nearly triple the share (4.7%) in 1970. In reality, the 2019 public charge policy will negatively affect only 382,000 immigrants, some of whom will be taken off the chopping block if Congress decides to revisit the public charge statute. Although the implicated immigrants account for only a small percentage of the U.S. immigrant population, the rippling consequences of excluding a few hundred thousand immigrants from accessing legally entitled health benefits are disastrous. The fear gripping the immigrant community in the days leading up to the implementation of the 2019 policy was tangible; the confusion that leads families to pick between two necessities, their green cards or healthcare, asks an impossible question and scares people who are not affected by the rule change into shying away from accessing all public benefits. Congressional action to revise public charge will address considerable public health concerns raised by limiting healthcare access to the most vulnerable communities in the country and ensure all the people seeking to build a life in this country are able to do so safely. Congress should own the responsibility of legislating the public charge rule, and in doing so will also save states the cost incurred from a loss of public benefit program funding and an increase in uncompensated and emergent care. Congress will promote the financial stability of the healthcare industry, locking in a strong 17% of the economy, by giving healthcare centers the continued support of non-cash benefit programs, such as Medicaid and CHIP.

With renewed unpenalized access to these programs, immigrants will not wait to be treated as their condition worsens in the emergency room, consequently saving hospitals and other health centers significant financial strain from the misuse of public charge. Although the directly affected population is less than substantial, the threat posed to them is significant and can be rightfully avoided with direct and strong action by Congress. Revisiting and revising the public charge statute may not stop at the exclusion of healthcare programs for consideration; this Comment does not address the many further steps that can be taken to modernize half-century old legislation, yet it does open the door for the federal government to take a much closer and more intentional look at the effect healthcare access has on immigrants, public health, and the economy.