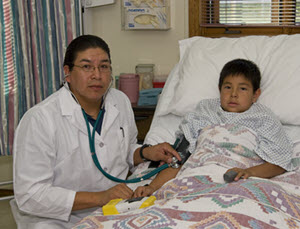 From the very first contacts between the Old and the New World, European doctors recognized that the Indians held the key to the world's most sophisticated pharmacy. Medicine in most of the world at that time had not yet risen far above witchcraft and alchemy. In Europe, physicians talked about the balance of body humors as they attached living leeches to the patient in order to suck out the “bad blood.” Moslem doctors burned their patients with hot charcoals, and physicians in the Orient prescribed elaborate potions of dragon bones .... By contrast the Indians of America had refined a complex set of active drugs that produced physiological ... effects in the patient. This cornucopia of new pharmaceutical agents became the basis for modern medicine and pharmacology.

[T]he Indian cures and medicines ... circled the world and ... fully integrated into cultures on every continent. The medicines became so taken for granted that it was easy to forget that they had not always been there and that they had not been discovered or invented by Old World doctors.

In addition to employing the sophisticated medicine chest ..., native doctors also understood and practiced many medical arts, some of which were still unknown in the Old World. One of the most unusual of these was the brain surgery or trephining performed by surgeons in varied Indian civilizations. --Jack Weatherford

A study of the history of health care and medical systems reveals a startling fact. Modern scientific medicine has deep roots into the traditional civilizations of the American continents. Not only are contemporary students of natural health, exercise, and fitness finding answers in traditional Native ways, but we are beginning to acknowledge that the patterns of treatment of many modern physicians are mirrored in the ways of the earliest healers. Jack Weatherford, in his classic study Indian Givers: How the Indians of the Americas Transformed the World, summarizes the impact.

The essay which follows explores the policies, programs, procedures, and practices with which the United States replaced the traditional Native health care systems. The traditional systems were tragically destroyed by conquest, genocide, and the inability of the precontact system to deal with postcontact players. Weatherford concludes that “despite the sophistication of American medicine when the European arrived, the healers succumbed to the onslaught of Old World diseases. Never in human history have so many new and virulent diseases hit any one people all at one time.”

It is unclear whether the changes underway for both the tribes and the federal government will correct current deficiencies in the system. There seems to be little effort to examine potential adverse effects on either health care delivery or the underlying federal-Indian relationship. Whether the results prove to be a benefit or a loss should become clear relatively quickly. In the meantime, the IHS remains a largely unknown and misunderstood health care system. It provides the nation with a unique and important opportunity to examine fundamental questions as they are worked out within a system charged with providing for the health care needs of Native Americans.

More than five hundred years ago, concepts of world medicine were revolutionized by the introduction of techniques and drugs from Native Americans. The entire health care delivery system may soon find itself drawing upon the lessons--good and bad--of the Native Health Care Delivery System. As it struggles to adapt to changing medical needs, the United States has a unique laboratory of more than two hundred years of public health care policy, programs, procedures, and practices to use in examining many fundamental questions.