Title VI Challenges by Private Parties to the Location of Health Care Facilities: Toward a Just and Effective Action 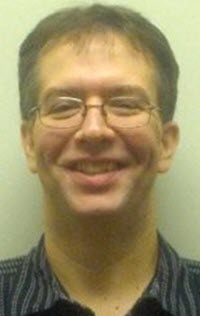 Locating health care facilities in areas inaccessible to minority populations discriminates against members of minority groups; few people, however, have challenged this subtle form of disparate impact discrimination. The inequitable placement of health facilities discriminates against minorities more effectively than discriminatory policies that come into play once patients walk through the door because some individuals may not even attempt to use more distant facilities. Nevertheless, commentators find that Title VI of the Civil Rights Act of 1964 (“Title VI”) has provided little assistance in ending health care discrimination. Although plaintiffs in one recent challenge to the location of a hospital succeeded in obtaining a preliminary injunction based on Title VI, the court in another recent challenge to the relocation of health care services dismissed the case before reaching the merits. Because hospitals currently can defend with ease facially neutral policies with a discriminatory impact, significant questions still remain about the viability of this cause of action.

Health care reform is a major initiative in this country today. Efforts to reform the health care system received national attention in 1994, but so far have failed. Discussion of reform plans, however, continues. Given the potential for future change in the health care industry, Title VI challenges to the location of health care facilities may assume increased importance.

For many, achieving racial equality in health care through the enforcement of civil rights is an important national policy. Given the slow progress in reducing and eliminating discrimination, activists also seek to prevent systemwide reform efforts from inadvertently widening the current gap between health care services offered to minority and nonminority individuals. Strengthening Title VI will help accomplish these objectives.

This Note explores the legal issues surrounding judicial enforcement of civil rights challenges by private parties to the location of health care facilities.

Part I discusses Title VI in general, focusing on its implementing regulations and on judicial interpretation of the statute.

Part II details the history and current state of the law in Title VI actions as it relates to the location of health care facilities.

Title VI challenges by private parties to the location of health care facilities have not yet lived up to their potential as a tool for ending discrimination in the use of federal funds. The recent debate over health care reform and the ongoing debates about welfare reform and affirmative action have brought increased attention to the health care industry and its use of federal funds. Change in some direction is likely in the near future. It is important to take this opportunity to ensure that any new distribution of health care services is more equitable for all segments of society than it has been in the past. Allowing enforcement of a private right of action under Title VI, with a reduced burden on plaintiffs and an increased burden on defendants, will help ensure that each new siting of a health care facility moves toward, rather than away from, a more even distribution of social resources.