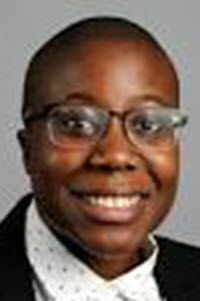 In 1910, Abraham Flexner, a leading U.S. educational scholar, took on a task issued by the Carnegie Foundation to assess the curricular components of medical schools in the United States and Canada. His groundbreaking report transformed the practice of educating doctors, making institutions more standardized and uniform in their aim to educate the next generations of physicians. It is through his work that medical doctors became well-respected professionals with extensive and complex training.

In streamlining and raising the standards of medical education, Flexner's report articulated an ideal learning situation for the transference of medical knowledge which ultimately constructs an ideal student so marked by his regional, race, and gendered attributes. Northern wealthy white men implicitly became the prototypical student as previous practices that served a more diverse student body were shed. According to Flexner, “professional patriotism,” a sense amongst doctors that they owe the profession their best work and practice, is best cultivated with a more homogenous pool of doctors who are deserving of the subsequent societal privileges they should be afforded. The Flexner Report is an essential document that created the context for medical education as it is understood today, effectively constructing the conditions of optimal medical education, which included a privileging of visual information and the subsequent need for a particular type of student. Critical Race Theory of the health sciences provides an important lens of analysis of this moment in medical history. By looking at the ways race influenced a de facto medical law that governed medical education, one can begin to see the difficulties of trying to change these systems of power in this contemporary moment. The latent white supremacy embedded within Flexner's report continues to color medicine more than 100 years later.

Abraham Flexner travelled to all 150 medical schools within the United States and Canada between 1908 and 1910. He assessed the conditions at these institutions and made recommendations for a new curriculum. His findings addressed both the current and desirable state of medical education and most significantly called for streamlining curricula and limiting the number of institutions that would be allowed to grant medical degrees. By his selective estimate, only thirty-one schools were deemed worthy of survival, and those still needed a dramatic overhaul to become practical degree-granting institutions.

Born in Louisville, Kentucky in 1866, Abraham Flexner came of age in a rapidly changing South. As a student at John Hopkins University, he set his sights on a career in education and became increasingly interested in pedagogy in different academic environments. Upon completing his undergraduate degree, he studied at Harvard and in Berlin, both experiences that furthered his interest in how education was imparted to young minds. His first book, The American College, took a critical look at the North American higher education system and came to the attention of members of the Carnegie Foundation. The foundation, under advisement from the American Medical Association, recruited Flexner as an impartial evaluator to review American medical colleges in the way that he had examined undergraduate institutions.

Although earlier attempts to improve the state of American medical schools were conducted, many failed. Schools' economic interests often superseded their interest in addressing curricular needs. Of particular concern for medical school reformers was the practice of curtailing the academic year to accommodate students' desires for shorter semesters. Medical schools keen on generating income accepted many students and turned out many doctors, apparently flooding the market with more doctors than could be easily maintained by demand. However, this oversaturation of the market was only true insofar as the doctors in question wanted to work in urban environments. Rural communities struggled to attract and retain doctors during this time period and continued to rely largely on healing practices that were plant-based and required less invasive methods. The question of access, however, was secondary to concerns of quality amongst newly-minted doctors entering the field.

Despite these cost saving measures, American medical schools were under extreme financial pressure to change their practices. Many medical schools were struggling to remain in operation. There were too many medical schools and too few students to maintain a level of enrollment for most to stay afloat. Many schools had low standards that included a lack of quality admission requirements and a lack of successfully-matriculated students. These factors contributed to the shifting medical education landscape before Flexner was able to conduct his study or publish his report. These realities supported the pruning of medical schools, such that many of the suggestions that Flexner made were already in motion before his work was finished.

As the Industrial Revolution picked up steam, the public became more interested in established institutionalized medicine. Schools had trouble paying faculty and staff, let alone supplying classrooms with the latest technology, something that both students and patients began to expect. No longer was an apprenticeship model of medical education sufficient for doctor training. Medical schools connected to hospitals became highly favored. Historian Charles Rosenberg states that by the beginning of the twentieth century, “[t]o many physicians and increasing numbers of laymen, the hospital had become the only appropriate place to practice medicine of the highest quality,” effectively devaluing other forms of medicine that were not directly linked to it. These circumstances helped to bolster the validity and attention that Flexner's report received. The American Medical Association supported the report not solely because of the ideas therein, but largely to distinguish itself from other medical sects like homeopathic and eclectic traditions at the time by being a part of vanguard reform.

Flexner had no prior engagement with medical schools but took to his task with a meticulous fervor. Medical Education in the United States and Canada; a report to the Carnegie Foundation for the Advancement of Teaching, or The Flexner Report as his findings came to be known, set in motion a revolution in medical education marked by school closings and consolidations. The report was a major impetus propelling the consolidation of the medical schools in Atlanta, Georgia into Emory School of Medicine. In Atlanta, an 1898 decision by the administrations of Atlanta Medical College and Southern Medical College led to the consolidation of the schools into the Atlanta College of Physicians and Surgeons; the consolidation occurred prior to Flexner's release but was a result of the financial tensions that were also Flexner's motivation. In 1905, the dean resigned to start his own school. The rivalry between these two schools was intense but the Flexner Report, along with pressure from the American Medical Association, led to their consolidation into what became Emory School of Medicine. Flexner's recommendations marked the standardization of the practice of medicine, as we understand it today, and set the bar for what constitutes a medical education. The goal of his research was to create a normative model of training that attempted to replicate the program at John Hopkins University at all North American medical schools.
. . .

Flexner's report is the guide that led to the consolidation of the medical schools in Georgia, but the implementation of the newly standardized medical education system fell to the administrators and faculty at the Atlanta College of Physicians and Surgeons turned Atlanta Medical College turned Emory School of Medicine. The students are the ultimate barometers for how Flexner's proposals impacted the learning process. What kinds of site-specific medicine could have been possible if Flexner and colleagues paid attention to the unique contributions a Southern-grown medical practice could have provided? What might a Black physician cohort not attuned to hygiene have accomplished in this era? What would it have meant for Black women to be seen as potential doctors, themselves? Social values are being communicated to potential doctors. There is an image of the doctor that aligns with the idyllic preferences for physicians that Flexner outlines in his report. This representation of students that emerged from Flexner's report still impacts the demographics of medical schools to this day.

While there is no de jure discrimination in medical school ranks, the ways in which our social and legal systems limit opportunities for those most marginalized inadvertently contributes to a homogenous student body. Critical Race Theory of the health sciences is particularly useful in making the consequences of these realities visible. The language of intersectionality had yet to be coined by Kimberle Crenshaw at the time of Flexner's report, but her theoretical intervention still applies. Race, gender, region, and class all intersect in the formation of the ideal doctor and patient that for Flexner has a very narrow window of possibilty. For the Carnegie Foundation, Flexner became a vehicle for creating equality in medical education. But this equality was premised on Flexner's own indifference towards women, derision of the South, patronizing of Blacks and outright dismissal of Black women. This was not the expansive equailty that critital race theorists advocate for in the health sciences but a myopic and contigent equality that still revereberates in medical insitutions and practice now.

She is an assistant professor in the department of Cultures, Societies, and Global Studies and the program in Women's, Gender, and Sexuality Studies at Northeastern University.