A Case for Deference in American Indian Health Law 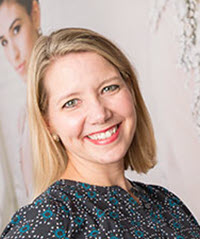 Landing on the sandy shores of Tabasco, Hernan Cortez embarked on his mission. As a Spanish conquistador, he was to explore and conquer the newly discovered Mexico and convert its indigenous inhabitants to Christianity. After a brief stint in the Yucatan Peninsula, Cortez's party began to push west, eventually arriving in Tenochtitlan. There he discovered a bustling metropolis with large public squares and markets, apothecaries, complex dams to regulate tides, and hundreds of thousands who inhabited the great city. Just seventy days later, tens of thousands were dead, not at the swords of the Spaniards, but by the breath of the conquistadors--through a disease called smallpox.

A century later, in modern-day Massachusetts, the Wampanoag people caught the same horrific disease from French captors. The pandemic ravished native villages in the area for four years, decimating the local Native population. In the end, three-quarters of the Wampanoag people died from smallpox. Ever since explorers and settlers introduced European diseases to Native America, Native peoples have been more susceptible to medical ailments. While smallpox may not be of concern today, Native Americans struggle to combat higher rates of diabetes, liver and heart disease, and obesity than non-Native ethnicities.

At multiple points throughout its 230-year history, Congress has endeavored to address the health needs of Native Americans. To do this, Congress often made specific resources available to members of Indian tribes. Whether those resources were, and continue to be, sufficient is largely subject to debate among legal scholars and health professionals. However, an unmistakably evident fact, derived from statistical analysis, is that Native Americans are disproportionately affected by adverse health conditions as compared to other ethnic groups. In light of these vast health disparities affecting Indigenous Peoples, Congress now focuses on strengthening the health of the Indigenous by promulgating health laws, creating administrative agencies, and developing health programs that serve Indian tribes. Created for the sole purpose of providing healthcare for tribes, these statutorily prescribed services aim to combat the disparities that exist in Indian Country.

To analyze the agencies that serve Native Americans, one must understand the broad power that agencies exercise when interpreting federal statutes. The courts generally grant broad deference to administrative agencies to determine the meaning of ambiguous statutes promulgated by Congress. The rationale supporting such deference rests upon the inference that agencies, which Congress designates as the experts in a particular field, have the expertise necessary to handle a specific issue in a more detailed, effective, and adequate manner as compared to other entities or individuals. The landmark case of Chevron, U.S.A., Inc. v. Natural Resources Defense Council solidified this policy rationale and prescribed the scope of deference that agencies should be afforded.

On the other hand, courts have also adopted a nuanced approach to statutory interpretation when analyzing a statute involving Indian tribes. Specifically, when a matter before a court involves an Indian tribe, the courts generally agree that the judiciary should defer to the interpretation of an applicable statute advanced in favor of the tribe. The Indian Canons of Construction cemented this principle, and provide, in relevant part, that “ambiguous provisions must be resolved in favor of the Indian parties concerned ....” These two conflicting tools of statutory interpretation--broad agency deference and the Indian Canons of Construction-- raise several potential issues, which this Note will analyze.

With regard to deferential treatment towards governmental agencies and their interpretations of their originating statutes, one might argue that deference should almost always be granted to the agency itself. After all, Congress vests the power to interpret an organic statute in governmental agencies because agencies are best equipped to handle the specified fields they oversee. In a similar way, when cases involve a statute that affects Indian tribes and their members, granting deference to the tribe's interpretation of that statute is equally imperative. Such deference tends to promote Congress's intention to draft legislation that enhances the health and well-being of Indian tribes and their members. Thus, despite a well- intentioned rationale for granting deference to agencies, when these two canons of construction collide, specifically in the healthcare sphere, the judiciary necessarily should grant deference to the Indian tribes' interpretation of that legislation.

This Note will analyze the Indian Canons of Construction as they relate to health law. It will do so by examining the conflict between the doctrines that grant broad deference to agencies and the canons that grants deference to tribes. More specifically, this Note will explain how courts should decide issues when these two doctrines clash, as well as which standard courts should consider when analyzing the policy rationales that support a particular judgment.

Part II will address the history of disparate treatment toward Native American tribes by the federal government and how the federal government's historical dealings with the Natives affected their relationship with the tribes. Part II will also explain the troubling health disparities apparent among Native Americans today, as well as Congress's attempts to promote health and wellness amongst the tribes through the establishment of agencies within the administrative state.

Part III will then briefly explain the case precedents set forth by the courts with regard to administrative law and the levels of deference that courts typically give to agencies in interpretive disputes.

Finally, Part IV will examine the ways in which the doctrines supporting agency deference and tribal deference conflict with each other. The analysis in Part IV will explain the policy rationale behind deferring to an agency's interpretation of its own statutes, as well as the importance of construing statutes in favor of Native American tribes. When these principles are in conflict, an important decision must be made as to which interpretation should prevail. In this respect, Part IV aims to determine what courts will do in the future and presents an argument that it is imperative to construe, whenever possible, statutory language in favor of Native American.

One way for the federal government to further promote better health among Indian tribes is to invoke the canon of construction that requires them to construe statutes in favor of Indian tribes, specifically in health law cases. Congress intentionally delegated responsibility for Indian law and health law to administrative agencies. Furthermore, Congress seemingly expanded these portions of the administrative state to address the point at which the two interests collide. Noting the disparities in health outcomes among Indian tribes, Congress's intention in creating the IHS and related agencies was to ensure that the health of Indian tribal members was not only considered, but encouraged, supported, and promoted.

For this reason, and all the reasons explained above, when the judiciary is tasked with interpreting a health law statute, deference should be given to the Indian tribes whenever possible. And where the canon of construction favoring the Indian tribes is at odds with the deference typically afforded to administrative agencies, the canon favoring Indian tribes should control. Such a practice would protect, at least in the area of health law, Congress's attempt to implement a statutory scheme promoting health among the Indian tribes. Deferring to tribes will safeguard the promises made, and duties assumed, by the federal government according to the trust-trustee relationship it holds with the tribes.