The Tragedy of Wasted Funds and Broken Dreams: An Economic Analysis of Childhood Exposure to Crime and Violence

Excerpted From: Michal Gilad and Abraham Gutman, The Tragedy of Wasted Funds and Broken Dreams: An Economic Analysis of Childhood Exposure to Crime and Violence, 2021 University of Illinois Law Review 37 (2021) (420 Footnotes) (Full Document) 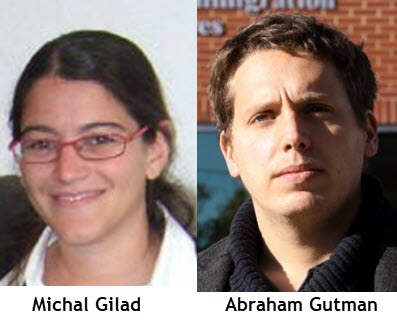 For several decades, the problem of childhood exposure to crime and violence has been flagged as a monumental issue. We have previously named the problem the Comprehensive Childhood Crime Impact, or Triple-C Impact for short. In 2012, Attorney General Eric E. Holder's Task Force on Children Exposed to Violence declared the problem “a national crisis and a threat to the health and well-being of our nation's children and of our country.” Even over thirty years prior, in 1979, the U.S. Surgeon General Julius B. Richmond referred to the same problem as a “public health crisis of the highest priority.” Others have estimated the problem to be one of the most costly public health and public safety problems in our society today. But how much does it actually cost us?

In today's world, crime penetrates the lives of children from all different directions. Children can witness violence at school, in their neighborhoods, or even in the “safety” of their own homes. Children may also be affected indirectly, such as when a parent falls victim to crime or is incarcerated. Children's unique developmental, social, and cultural characteristics make them particularly vulnerable to crime's destructive forces. Childhood crime exposure leaves deep scars that gravely affect the mental and physical health, as well as the life outcomes, of affected children.

Despite the severity of the Triple-C Impact problem and its devastating effect on millions of children nationwide, little has been done at a policy level to heal these open wounds. The majority of children harmed by crime do not receive the much-needed services that facilitate recovery from trauma. At present, there are no effective mechanisms in place to identify affected children and refer them to these vital services. Although resources for affected children exist in most states, access is obstructed by myriad bureaucratic hurdles and flaws in the system's design.

The ramifications of this ongoing state of neglect go beyond compromising the well-being of individual children and have a spill-over effect on society. With millions of children across the nation untreated and hindered from conducting a healthy and productive lifestyle, and with heightened risk for acute health problems, substance use, criminal behavior, and repeat victimization, community safety is inevitably compromised. More than that, these adverse outcomes of imposing proportions carry hefty costs that are inevitably shouldered by society as a whole and unnecessarily burden public funds. This challenge comes at a time when states' revenues are already stretched to their limit; indeed, many states are facing severe budget deficits that amount to a serious fiscal crisis, and every dollar counts.

Although the attention given to the Triple-C Impact problem and its costs has repeatedly recrudesced over the years, thus far, no one has demonstrated empirical knowledge concerning the exact level of financial expenditure associated with the Triple-C Impact problem. The issue remains an elusive mystery. This gap in knowledge stems from many sources, including the compartmentalized approach through which the problem has been examined, the scarcity of relevant systematic nationally representative datasets, the co-occurrence of the Triple-C Impact with other life adversities, and the broad range of methodological hurdles and limitations involved in the analytical process. Additionally, for some, it may be convenient to overlook the sums of money being spent each year due to the ongoing neglect of affected children.

It is often said that “money talks.” Perhaps it is worth experimenting with having its voice heard on behalf of our children. This Article takes on the challenge of pursuing a data-driven economic analysis of the Triple-C Impact problem, assessing the broad range of cost elements associated with the problem.

It is essential to clarify that this Article's objective is not to offer solutions to the Triple-C Impact problem. Nevertheless, it adds another critical block to the foundation upon which an empirically informed plan to address this devastating problem can be established. Ultimately, the analysis presented in this Article forms the basis for developing an evidence-based argument as to the unparalleled opportunity for long-term fiscal savings and economic benefits of investment in early intervention efforts that will facilitate recovery of affected children and alleviate the risk for injurious outcomes.

Part II of the Article outlines the Triple-C Impact problem and the states' ongoing failure to effectively respond to the problem. Part III provides a detailed explanation of the methodology used for the economic analysis of the Triple-C Impact problem and the economic model's design at its foundation. In Part IV, this Article presents data-driven estimates of the prevalence of the problem in our society. Part V expounds on the adverse outcomes associated with the Triple-C Impact. It assesses empirical evidence on the level of risk posed to affected children is analyzed, and the potential costs accrued by the risk outcomes. Conclusions follow.

In an ideal world, the safety and wellbeing of our children would be a first-order national priority. Legislators and policymakers would be motivated to act for the sole reason of bettering the lives of children and providing the optimal conditions to improve children's life outcomes. At the very least, the prospect of protecting children from harm or helping them heal from trauma would be a sufficient cause to bring the state into action.

Nevertheless, the reality is that children do not have voting power, and their voices are rarely heard in the political debate. Although their sweet faces grace election campaigns, they are not present to negotiate their share when the national budget is distributed. In the political sphere, the wellbeing of children only rarely appears to have sufficient, independently intrinsic value to incentivize concrete state action and a substantial investment of funds. Unfathomably, even the notion that the nation's future is inseparable from the success and productivity of its next generation seems to be too intangible and remote from a policy perspective and a more direct “upside” is required to support any governmental financial investment in the wellbeing of children.

Unsurprisingly, monetary investments will be required to fix our broken system. In today's reality, where public funds are stretched to the limit, and most states are experiencing budgetary deficits that amount to a fiscal crisis, and some are nearing a state of bankruptcy, the political support required to execute such an investment is hard to come by. One argument that has proven effective in the past to incentivize investment in such social causes is demonstrating the concrete potential for long-term fiscal savings, which serve as an upside when state budgets are tallied.

One parallel area, where substantial change has been observed in recent years, is the decrease in prison populations in many states across the nation. The incentive for this change was the potential for a substantial reduction in the costs of new prison construction and operations of corrections facilities. This was coupled with empirical evidence that reduction in the prison population, if done in accordance with specific guidelines, is unlikely to cause an increase in crime rates. Additionally, it relied on evidence showing that rehabilitation programs and alternative sentencing are less costly options that prove to be as or more effective in controlling crime. Thus, public safety is not expected to be compromised.

This campaign has borne fruit, as evidence emerged that the states which succeeded in prison population reduction were saving money without causing an increase in crime rates. For example, a 1.6% reduction in state of Nevada's prison population from 2008-2009 saved the state $38 million and prevented Nevada from spending $1.2 billion on prison construction. Similarly, an investment in a work-release program by the state of Minnesota saved the state $1.25 million due to a decrease in the prison population. Minnesota prisoners who received job training paid $459,819 more in income taxes than those who were not part of the program.

Early intervention in cases of children affected by the Triple-C Impact is hypothesized to have the potential to yield a similar effect. This is due to the severe long-term adverse outcomes shown to be borne by affected children and the monumental costs tied to these outcomes, as established in this Article. In fact, the estimated annual costs of mass incarceration range between $80-182 billion, which is less than half of the estimated annual costs of the ongoing neglect of the Triple-C Impact problem. The evidence-based cost estimates presented above can now be compared against the costs of potential intervention policies that enable the effective and timely identification and treatment of Triple-C Impacted children. Such a cost/benefit analysis will allow the development of a cost-effective policy proposal that will be appealing to budget-conscious policymakers and stakeholders while advancing the interests and wellbeing of affected children and society as a whole.

Since the muffled cries of millions of children across the nation have yet to awaken policymakers to act, perhaps money will “talk” on their behalf and in-centivize change.

Michal Gilad. is an Associate Fellow with the University of Pennsylvania Leonard Davis Institute of Health Economics (Penn LDI).

Abraham Gutman is an economist and a health policy expert.