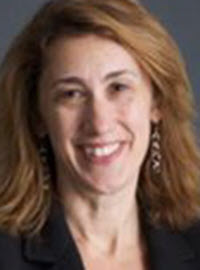 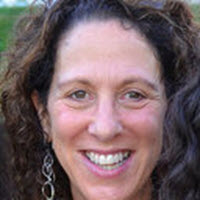 We are at something of a feminist watershed moment in our society. For months, women have been coming forward in large numbers to share their stories about sexual harassment and assault in the workplace; stories of events that occurred over the course of decades, stories that survivors kept private until now. It is both painful and exhilarating.

But as we hear this slow drip of horror stories, many of us struggle with the acute awareness that we've been here before. Back in 1991, during the Anita Hill-Clarence Thomas hearings, the whole country confronted the ugly dynamic of sexual harassment--most particularly, how men use their power in the workplace hierarchy to subordinate women. (Some of us still have our “I believe Anita” buttons.) And yet here we are today, more than twenty-five years later, experiencing a similar sense of abrupt revelation and shock.

How can we still be surprised by these stories? It's not that workplace assault took a hiatus in the intervening quarter century. There were women all around us, women reading this essay right now, who continued to be sexually harassed. Women seeking legal protection from this kind of discriminatory abuse filed hundreds of thousands of complaints of sexual harassment and assault with the Equal Employment Opportunity Commission during that time. But the broader culture stopped listening, relapsing into a long-standing tendency to trivialize women's experiences of abuse at the hands of powerful, predatory men.

Today's stories pouring out of Hollywood, Congress, and the media are just one facet of this long-simmering public scandal. After experiencing an initial victimization, many women also face a societal gauntlet of doubt, dismissal, or outright disbelief.

As more and more women stepped forward in all spheres of life to offer new testimonials to the #MeToo movement, we began to wonder about how this credibility discounting phenomenon plays out in the context of intimate partner violence category of abuse that women primarily suffer at the hands of men.

The parallels are dramatic. Story after story demonstrates how, despite a substantial increase in public awareness of the problem, accompanied by improvements stemming from four decades of activism, scholarship, and training, women survivors of domestic violence face a persistent skepticism regarding both their accounts of abuse and their recitations of harm. Women find their credibility discounted by the partners who abuse them, by the larger society in which they live, and by the gatekeepers of the justice and social service systems to which they turn for help. This skepticism and suspicion compound the pre-existing, myriad harms inflicted via domestic abuse itself. And, perhaps even more important, the pronounced, nearly instinctive penchant for devaluing women's testimony is so deeply embedded within women's experience that it constitutes its own distinct obstacle to their ability to obtain safety and justice. Philosopher Alison Bailey captures, in part, the harm to which we refer: “Imagine living in an epistemic twilight zone, a world where many of your lived experiences are regularly misunderstood, distorted, dismissed, erased, or simply rejected as unbelievable.” But even this capacious understanding fails to capture the full dimensions of the problem. Women also face a legal twilight zone; laws meant to protect them, compensate them, and deter further abuse often fail in application, because women telling stories of abuse by their male partners are simply not believed.

This experience--the reflexive discounting of women's stories of domestic violence--offers a useful vantage point into the kindred diminutions and dismissals that harm so many other women who resist the abusive exercise of male power, from survivors of workplace harassment to victims of sexual assault on and off campus. For all of these women, credibility discounts both deepen the harm they experience and create yet another obstacle to healing and justice.

This Article critically examines how the justice system and other key institutions of our society systematically discount the credibility of women survivors of domestic violence. Our analysis is based on a wide range of legal, psychological, philosophical, and cultural sources, including the more than twenty-five years of experience each of us has had, individually and in collaboration, representing survivors in civil protection order cases, conducting empirical research with survivors of intimate abuse, and consulting with local and national domestic violence organizations.

A central focus here is on the civil justice system, with particular attention paid to women's efforts to secure safety and a measure of redress in the form of civil protection orders--the legal remedy most commonly utilized by domestic violence survivors. Because the civil justice system offers no right to counsel, only those who can afford an attorney, or find a pro bono lawyer, are represented. These cases are quite different than those in the criminal courts, where the prosecution commands the investigative resources of the police and wields the full power of the state to subpoena corroborative evidence and compel witnesses to testify. In contrast, in approximately eighty percent of civil protection order and related family law cases, neither the survivor nor the accused perpetrator has a lawyer, discovery is limited, and virtually no one has the resources to retain a private investigator. As a result, few survivors have access to potentially powerful corroborative evidence. Moreover, they lack the benefit of legal advice about what types of more easily available evidence would be useful to bring to court.

These forces all but guarantee that most civil protection order cases end up in the “he said/she said,” or “word on word” realm. It's the survivor's testimony against that of her intimate partner. This testimonial structure places enormous pressure on individual credibility. In the end, most protection order cases boil down to this: if a survivor is believed, the judge will award her protection. If she is not believed, the judge will deny it. This fact--the central importance of a survivor's credibility in the protection order and broader civil justice system--led us to focus on that system as a core area of inquiry.

We examine credibility discounting from a variety of perspectives. In Part I, we analyze the two essential ways in which justice and social service system gatekeepers discount the credibility of women survivors seeking safety. First, judges and others improperly discount as implausible women's stories of abuse, due to a failure to understand the symptoms arising from neurological and psychological trauma as well as the practical realities of survivors' lives. Second, gatekeepers unjustly discount women's personal trustworthiness, based on inaccurate interpretations of survivors' courtroom demeanor, as well as negative cultural stereotypes about women and their motivations for seeking assistance.

In Part II, we explore how these credibility discounts are reinforced by the broader context of legal and social service systems that are willing to tolerate the harmful impact of laws, policies, and practices on survivors. Even when a woman makes it through the credibility discount gauntlet, she often finds that the systems to which she turns for help dismiss her experiences and trivialize the importance of her harms, adopting and enforcing policies with little or no regard for the ways in which they operate to her detriment.

In Part III, we examine the harms inflicted by this combination of discounting women's credibility and dismissing women's experiences. First, these harms can be measured as an additional psychic injury to survivors, an institutional betrayal that echoes the psychological abuse imposed by individual perpetrators. Second, the pervasive nature of these harms creates a distinct obstacle to survivors' ability to access justice and safety, in addition to the many, more concrete stumbling blocks with which domestic violence victims are all too familiar.

Finally, in Part IV, we offer suggestions for initial efforts to eradicate these unjust, gender-based credibility discounts and experiential dismissals. Adopting these reforms would allow women subjected to male abuses of power to trust the responsiveness of the justice system and our larger society.

Women experience credibility discounts in their homes and in the systems they turn to for help. As the torrent of #MeToo stories have made clear, these same discounts pervade workplaces where women are sexually harassed. The Larry Nassar case further shows that these discounts are rampant among campus administrators responsible for handling sexual assaults. The routine experience of credibility discounting indeed is an integral part of male abuses of power, making those experiences far more painful and difficult for women to surmount.

For example, one colleague--an extremely well-known legal theorist--exclaimed, “That happens to me, all the time!” She told us the story of a dinner party she had just attended, where the conversation turned to the question of who would succeed to the presidency if Donald Trump, Mike Pence, and Paul Ryan were all somehow removed from office. Our colleague(a woman) volunteered that she'd been thinking about this quite a bit, and that the next person in line was Orrin Hatch--the President Pro Tempore of the Senate. The other guests responded with deep skepticism: “That can't be right,” etc. She insisted that she was certain, but she was ignored. Several guests pulled out their phones and started to Google the question; others brainstormed possibilities among themselves. Eventually, the group concluded that the next in line was ... Orrin Hatch. No one acknowledged that our colleague had ever even suggested this answer. Not only was there no apology for doubting her; it was as though she had never spoken at all.

Other friends and colleagues shared experiences where they reported unusual physical symptoms to male medical professionals. They were concerned, in advance, that they might be dismissed as “hysterical” or as exaggerating their experiences, and, in fact, they often were told that the problem was likely “all in their heads.” Gender-based credibility discounting is a serious concern in the medical field: among emergency room patients complaining of abdominal pain, women are thirteen to twenty-five percent less likely than men to receive high-strength “opioid” pain medication; in addition, women wait an average of sixteen minutes longer than men to receive treatment.

Indeed, credibility discounting stands on its own as an essential aspect of the female experience. Doubt, skepticism, and trivializing are familiar phenomena to women. In other words, credibility discounting and experiential trivializing are distinct injuries women experience, as part of, and in addition to, other forms of gender-based, discriminatory harms.

It is time for a credibility-discounting #MeToo movement. Women need to come forward in massive numbers to tell their stories of discounts based on story plausibility and storyteller trustworthiness, as well as ways in which their experiences have been minimized and dismissed, in an effort to force society to see with clarity this distinct form of gender-based harm. And perhaps once the scale of this injustice is made manifest, we can, at long last, enact a body of genuine institutional remedies, so that women already victimized by abuse, sexual assault, and harassment need not fear that the legal system and the broader culture is set up to perpetuate, rather than alleviate, their harms.