Global Southerners in the North 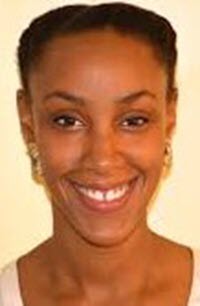 Third World Approaches to International Law (TWAIL) posits that international law unevenly structures power dynamics between nation-states. Rather than serving as a neutral generator and arbiter of legal rules and norms, international law produces winners and losers. The winners are industrialized nation-states following the colonial period: the Global North. The losers are developing nation-states that were formerly colonized: the Global South. Climate change law serves as a seemingly paradigmatic example within this North-South apparatus. The United States, the European Union, and other top emitters remain responsible for 41.5% of global greenhouse gas emissions, while climate-vulnerable states have been largely unable to leverage the United Nations Framework Convention on Climate Change (UNFCCC) process to produce legally binding liability. While attending to asymmetrical relationships between nation-states remains important for any critical endeavor in international legal scholarship, this Essay proposes that understanding the North-South divide solely in terms of nation-states is misguided.

Second, global capitalism operates across national borders to construct a widening divide between the rich and the poor in both the geographic North and South. According to the U.S. Federal Reserve, in the second quarter of 2020, the top 1% of Americans held 30.7% of all household wealth in the United States, while the bottom 50% of the population held 1.9% of total wealth in the United States. Scholars William Robinson and Jerry Harris argue that wealthy elites increasingly constitute a transnational capitalist class, including elites from the geographic South, who benefit from the transnational concentration of capital. This transnational accumulation of capital operates to the exclusion of an oppressed class in both the geographic North and South. In contemporary terms, then, the Global South, whose conceptual power lies in theorizing oppression, might more aptly encompass people and spaces commonly excluded under global capitalism regardless of their geographic location. As such, the Global South becomes a deterritorialized, socio-spatial mapping of the externalities of capitalist accumulation.

Leveraging the analytic lens of racial capitalism allows for an even sharper view. Capitalism operates to devalue racialized humans so that their lives become externalities. Accordingly, Black, Indigenous, and People of Color (BIPOC) around the world become disposable humanity who balance capitalist excess. In the logic of racial capitalism, Pacific Islanders rightly perish as climate change's adverse effects render atoll and low-lying nation-states increasingly uninhabitable. Moreover, racial capitalism suggests that leaving Indigenous communities in the United States to face eroding lands, sacred sites, and cultural practices without a clear relocation plan is a necessary externality of a carbon-based economy. Global capitalism renders racialized humans as expendable across the North-South divide.

Although international law traditionally governs interstate relations, making the Westphalian notion of the North-South divide a useful critical tool, global capitalism's production of Global Souths in the North calls for a more nuanced analytical lens. This Essay proposes that the primary prism of analysis for TWAIL theorists--the geographic North-South divide--needs revising. It argues for reconceptualizing the Global South to include not only nation-states but also the people and spaces that racial capitalism positions as expendable in both the geographic North and South. This theoretical palimpsest is useful because it allows for the naming of a heretofore disregarded site of resistance in international law--Global Southerners in the North.

Section II takes the deconstruction argument further, claiming that racial capitalism breaks down the geographic North-South divide. It posits that racial capitalism creates Global Souths and Southerners in the North--that is, racialized surplus populations that are also present in Latin America and the Caribbean, Asia, Africa, and the Pacific. Section II uses climate displacement as an example to highlight expendability as a common defining experience for BIPOC across the geographic North-South divide.

Although  [Third World Approaches to International Law] TWAIL scholarship's aim to analyze questions of power within international law is a central one, the literature's primary mode of analysis-- that is, a Westphalian-framed North-South divide--needs revision. This Essay argues that global capitalism renders racialized humans in both the geographic North and South expendable. As such, there are Global Southerners in the North and Global Northerners in the South. It is therefore no longer appropriate to analyze the power imbalances that international law shapes solely in terms of inequality between nation-states. Instead, this Essay proposes that people and spaces across the North-South divide share common negative experiences under global capitalism. This claim allows the Essay to argue that Global Southerners in the North serve as a heretofore unnamed site of resistance in international law. Their hybrid positionality offers useful potential for overcoming intransigent issues across the North-South divide. This Essay therefore offers a new perspective to the central debate in the literature over international law's disadvantaging of Global Southerners.

The author is a nonresident fellow at the Sabin Center for Climate Change Law at Columbia Law School and the Climate Displacement Project Strategist at the International Refugee Assistance Project and Natural Resources Defense Council.