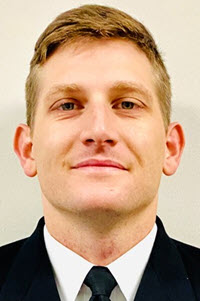 In 2020, the Black Lives Matter movement brought state-sanctioned violence against African Americans to the forefront of public discourse. In the wake of the horrific killing of George Floyd, highly charged protests exploded around the country, from Washington D.C. to Dallas to Portland. Across the internet, social media timelines and profile pictures turned black. In the midst of a global pandemic, America's reintroduction to professional sports was marked by athletes taking a knee in solidarity with the African American community. While awareness of state-sanctioned violence has increased, state-sanctioned discrimination against African Americans and other racial minorities, in the form of environmental racism, has continued to insidiously lurk outside of public awareness.

This article reviews how the National Environmental Policy Act (“NEPA”) of 1969 and its narrow definition of “human environment” has contributed to disproportionate exposure of minority communities to toxic waste, air pollution, and unsafe drinking water, often resulting in crippling psychological and socio-economic impacts. It concludes that NEPA's definition of “human environment” should be broadened to encompass these adverse psychological and socio-economic considerations. Specifically, the definition of “human environment” should include the potential impact on local minorities' mental health and businesses, as well as long-term public health considerations. Additionally, provisions should be added to NEPA instructing federal agencies to consider and publish available alternative project sites that would mitigate harm to local minority communities. Finally, this article proposes the creation of an enforcement action mechanism that permits citizens to bring enforcement suits to compel federal agencies to take remedial actions that mitigate harm to communities of color.

NEPA, the federal law created to lessen the harmful effects of man's impact on the “human environment,” has been ineffective in protecting an entire class of people and enables the expansion of existing systemic racism against people of color. African American and other racial minority communities continue to be oppressed and targeted by discriminatory practices resulting in harmful exposure to air pollution, unsafe drinking water, and lethal waste. In essence, NEPA's definition of “human environment” has rendered the word “human” meaningless. While courts reject explicit racism from their EIS analysis, they continue to ignore the surreptitious socio-economic, psychological, and long-term health impacts of major federal actions on communities of color.

Changes should be made to undo the CEQ's unsafe 2020 revisions and NEPA's long history of neglecting minority communities. In light of the continuing exposure of minority communities to harmful pollution, NEPA should require federal agencies to conduct more stringent, frequent, and thorough analyses on the environmental impact of proposed projects. NEPA should also mandate that federal agencies include an in-depth study of the racial and ethnic demographics in the area surrounding the site of a proposed federal project in the EIS. Moreover, the public should be informed of minority communities being targeted by federal actions and the potential harm to which these neighborhoods will be exposed. Further, the EIS analysis should incorporate an examination of the non-physical and long-term health effects of proposed actions. Specifically, the EIS should be required to include considerations of the psychological well-being of communities, impacts on the local economy, and potential long-term health and safety effects, including increases in health conditions and crime rates. Next, NEPA should mandate that agencies consider available alternatives to the proposed project site and whether the proposed action is in a community whose population primarily consists of racial and ethnic minorities. Likewise, federal agencies should be required to include in the EIS adequate alternatives to the project site that have the ability to mitigate the potential harm to low-income and minority communities.

Finally, the inclusion of an enforcement mechanism in NEPA is long overdue. Currently, NEPA does nothing more than make federal agencies take a “hard look,” at the potential impacts of a proposed action. Even if a federal agency's findings are distressing, it is free to move forward with the federal action, as long as the EIS is completed. This results in a hollow requirement that does nothing to protect minority communities. Opponents to enforcement action mechanisms argue federal agencies are deterred from taking major federal actions that have adverse impacts on the environment because the public is made aware of this impact through the EIS. However, in practice, this argument fails as the public largely remains ignorant of the detrimental toll these discriminatory policies have on communities of color.

African American and other minority communities are relentlessly subjected to contaminated water, putrid air, and toxic waste. They carry this burden at a demonstrably higher rate than the Caucasian population. NEPA was passed not only to protect the physical environment but also the “human environment,” the humans of our nation. For too long, an entire class of humans has been ignored by the definition of “human environment.” Further, the Trump administration's 2020 revisions to NEPA only perpetuate further maltreatment of minority communities. These amendments should be rolled back and the long history of narrowly interpreting “human environment” corrected in the form of new revisions requiring comprehensive impact studies, express expansion of the definition of “human environment,” more transparent reporting requirements, and an enforcement mechanism allowing proposed federal actions to be replaced by adequate alternative options. NEPA's definition of “human environment” has long disregarded African Americans and other racial minorities. Improvements reconciling these deficiencies should be implemented without delay.