The Road to Racial Justice: Resolving the Disproportionate Health Burden Placed on Communities of Color by Highway Pollution 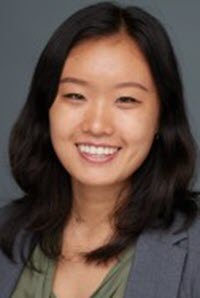 The highway system in the United States--a sprawling web of roads spanning over 160,000 miles in total Americans to travel far more miles via personal automobile than residents of other countries. Few users of these roads, however, know that the strategic placement of highways was a prominent mechanism for racial discrimination, the effects of which disproportionately impact minority communities to this day.

Highways in the United States expanded drastically after President Dwight Eisenhower signed the Federal-Aid Highway Act of 1956, which gave funding to the modern Interstate Highway System. In his State of the Union Address on January 6, 1955, President Eisenhower explained that “[a] modern, efficient highway system is essential to meet the needs of our growing population, our expanding economy, and our national security.” Following the establishment of the Interstate Highway System, the United States Department of Transportation lauded it as able to “sustain the economy and support international competitiveness” even as both the U.S. economy and the international economy underwent significant evolution.

At the same time that President Eisenhower signed the Federal-Aid Highway Act of 1956, the Civil Rights Movement was in full swing. In Montgomery, Alabama, just a year earlier, activist organization Montgomery Improvement Association launched a bus boycott in response to the arrest of Rosa Parks. Many activists resided in Oak Park, the only middle-class neighborhood available to Black residents of Montgomery. Under the Federal-Aid Highway Act, Alabama received federal funds to build a portion of the Interstate Highway System, I-85, near Montgomery. At the time, Sam Engelhardt, whose business cards read “I Stand for White Supremacy and Segregation,” served as Alabama Highway Director. Initial plans routed I-85 south of the city, but following civil rights protests, Engelhardt and other state officials ultimately rerouted the highway to run directly through Oak Park. The location of I-85 forced many residents to leave Oak Park, resulting in “a lot of vacancies” and the withering of commercial corridors.

Even when not targeting Black activists, governments at the city, state, and federal level used “urban renewal” highway routing policies that disproportionately affected minority communities. “Urban renewal” meant elected officials could strategically use highways to eradicate so-called “slum areas,” which often contained large populations of people of color, or use highways to promote segregation. At the time, such actions were viewed positively. Cities utilizing “urban renewal” policies could raze “unhealthy” slum areas while encouraging the growth of the city. City planners, when determining where to route highways, thus targeted predominately poor and minority population areas for removal.

According to former U.S. Secretary of Transportation Anthony Foxx, bulldozing highways through where poor people lived was public policy in the mid-20th century. In Miami, for example, I-95 cut directly through the heart of Overtown, a then-thriving Black community. In Seattle, I-5 was built through the city's oldest blue-collar community. In Detroit, historical neighborhoods with predominantly Black populations were torn down to make way for I- 375. And in New York City, the Staten Island Expressway has been called the “Mason-Dixon Line” for its effective segregation of people of color to the north of the Expressway. Meanwhile, “relatively well-off, influential people in those cities were able to stop the urban highways that would have gone through their neighborhoods,” including residents of SoHo and Greenwich Village in New York City.

Those displaced from areas destroyed by highway construction moved to nearby neighborhoods, leading to overcrowding and increases in crime. The presence of highways so close to these communities also discouraged businesses and investors from taking an interest in development. In response, those with enough money fled to the suburbs. The population remaining in areas directly around highways, without access to many goods and services, was therefore typically poor and predominantly minority. Vulnerable communities today continue to suffer the effects of the racially motivated placement of highways, including food deserts and lack of funding for community development. Recent research, however, has focused on an additional burden placed upon minority populations because of highway location--traffic-based air pollution. Such pollution causes numerous lifelong physical adverse health effects and even affects cognitive functions like productivity and impulse control.

This Note argues that the government at all levels must address the negative effects of highway pollution and its disproportionate impact on minority communities by implementing community development and public health measures. Part I of this Note will show that the location of minority communities mean that they disproportionately bear the brunt of adverse effects arising from highway pollution. Part II will analyze existing siting guidelines and legislation for several cities that are particularly affected by highway pollution due to population size and density of roadways. Such review will demonstrate the inaction by legislators to address a pressing health issue. Finally, in Part III, this Note will analyze several best practices to act as solutions, including citizen action under the Fair Housing Act if necessary, to ensure the future of the especially vulnerable minority communities that reside near highways.

The United States highway system is ubiquitous in daily life, but its users often are unaware of the racial motivations behind its construction-- motivations that have passed through the decades to disproportionately impact minority communities to this day. This Note has brought into focus the connection between highway siting and location of minority populations, as well as discussed the extent of health effects resulting from highway pollutants. It is time to recognize highway pollutants as the public health crisis they entail and to contextualize the siting of highways as a civil rights issue. Federal, state, and city officials all must take action to implement necessary best practices ranging from large shifts in infrastructure to smaller mitigation practices such as built barriers. Ultimately, the health of vulnerable communities should be a priority in the eyes of all--citizens and government officials alike.