The Death Sentence That Is America's Toxic Prisons 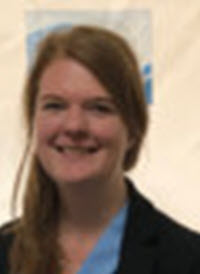 As the discussion surrounding the environmental and health hazards of prisons progresses, our country needs to start examining legal solutions to the problem--solutions that will lead to fewer exposures and better quality of life for those men and women who are forced to live in a particular place.

Bringing these constitutional claims may be the wake-up call this country needs regarding the environmental injustices facing our inmate population. However, at its core, this is an attitude problem--a problem with having an indifferent attitude to the health and well-being of the inmates of this country. Yet, the ways in which this indifference has manifested is unconstitutional, and going forward our country needs to either hold in the court or pass laws that prohibit these types of situations and protect our inmates' constitutional rights.

For example, the land on or near FCI Victorville, ADX Florence, and the Northwest Detention Center are all built on or near Superfund sites. The courts should hold or Congress should pass a law that makes it illegal to build prisons on these sites because the government is forcing people to live on land with known serious health concerns associated with exposures from these sites. Or, when there is a preferred alternative site, like at the Northwest Detention Center, because of hazardous contamination on the other option, the hazardous option should be automatically taken out of the running because of the possible health problems that could arise from housing people there. Indianapolis' new Criminal Justice center presents an opportunity for the proper clean-up and safeguards to be in place before housing inmates on possibly toxic land and causing constitutional rights violations.

Forcing inmates to serve out their time in these toxic prisons is essentially a death sentence for those who never were condemned to such a harsh punishment and is unconstitutional on due process and cruel and unusual punishment grounds. However, this problem represents a bigger problem with how this country values those men and women trapped in our prison system and this country will need to reconsider the worth it puts on an inmate's life.