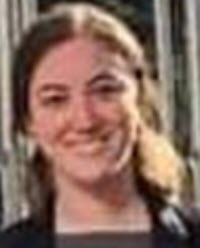 The lands of marginalized populations are disproportionately and deliberately targeted by the industrial toxic waste disposal systems. Indigenous populations in countries like the United States and Canada, among others, are particularly vulnerable targets to these industries, as they are typically assumed to be the path of least resistance for nuclear and other toxic waste management strategies. These practices pose a serious threat to the lives and wellbeing of these indigenous peoples, groups which have a significant spiritual relationship to their land and place great reliance on it for the furtherance of their societies. Of particular issue is the blatant disregard for the notion of consent while dumping toxic wastes on indigenous lands, which often happens without warning or informing its inhabitants of either the occurrence of such a dump or the inevitable consequences it will have on the land and the people's health. This note will argue that the United Nations should play an active role through its Special Rapporteur on the implications for human rights of the environmentally sound management and disposal of hazardous substances and wastes and the Special Rapporteur on Human Rights and the Environment by enacting policies and enforcement mechanisms to prevent this illicit waste dumping in accordance with their overarching mantra of protecting human rights and valuing human integrity.

Part I of this note will analyze Indigenous populations' relationships to their land--both in a spiritual capacity and as their main resource point and will delve into the practice of toxic waste dumping and how it affects marginalized communities.

Part II will delve into specific instances of toxic waste dumping on indigenous lands in various countries and what effects they had on the population.

Part III will analyze how the United Nations and its human rights mechanisms address such a practice, including the mandate and reports of the aforementioned UN Special Rapporteur.

Part V deals with how the same practices are interfering with and sabotaging indigenous peoples' right to life. Last,

Part VI calls each Special Rapporteur to action on this topic.

The Special Rapporteurs are in a unique position to influence an international discourse and spread a call to action on what is an established, systematic practice worldwide. Environmental racism in the form of illicit toxic waste dumping on indigenous lands directly interferes with the universal rights to information and to life. As independent actors with significant influence on the international human rights arena, Special Rapporteurs possess unique opportunities to effect change and actually help marginalized communities across the world. The Special Rapporteur on the implications for human rights of the environmentally sound management and disposal of hazardous substances and waste has thus far conducted several country reviews but has yet to conduct a cross-national analysis into how this issue specifically affects indigenous peoples around the world. Similarly, the Special Rapporteur on Human Rights and the Environment has conducted a handful of country reviews, yet has failed to place the necessary emphasis on how this crisis affects indigenous people specifically--not only in the aforementioned countries but around the world. Considering the United Nations' long and ongoing acknowledgement of the world-wide systematic discrimination against and abuse of Indigenous peoples and the existence of both a Special Rapporteur on the Rights of Indigenous peoples as well as the United Nations Declaration on the Rights of Indigenous Peoples, this issue should be at the forefront of the international human rights system.

The United Nations, through the Special Rapporteurs must make this issue a priority, as the health of thousands of indigenous people worldwide is continuously jeopardized by their own governments. These people, often the most disadvantage groups in their societies, have little to no recourses in fighting such oppressive environmental tactics without support from the international human rights arena. Environmental racism is the prevailing practice in industries all over the world, sanctioned by their government, and the United Nations has the recourses to alleviate that. Although the UN's tendency to succumb to bureaucratic pressures and less than fair practice is well-known, the UN should not be tasked with conducting conduct investigations and producing recommendations on how to solve this problem. The Special Rapporteurs are most equipped to do this. In his capacity as the Special Rapporteur on the implications for human rights of the environmentally sound management and disposal of hazardous substances and wastes, he must conduct investigations into this widespread practice both in specific countries and how it affects the larger world landscape. The Special Rapporteur on Human Rights and the Environment is specifically mandated to address issues such as these. Neither of these offices have done enough thus far. The UN must commit the resources and support necessary for such investigation, as it is imperative to keep them in accordance with their charter and their Human Rights ideals, and because this crisis is urgent and ongoing. Once these investigations are concluded and the Special Rapporteurs produce their recommendations, the UN must be responsible in monitoring their implementation and assuring that they are met in a fair and reasonable manner. Citizens must be protected from their governments if their governments are the ones inflicting damage unto their population. Marginalized Indigenous peoples, whose lands were coopted by colonization and who suffer the effects of that to this day should be particularly aided and protected by the International arena.