Avoiding Maladaptations to Flooding and Erosion: A Case Study of Alaska Native Villages 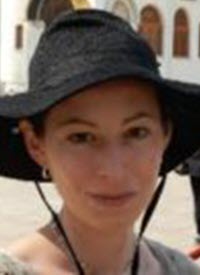 Flooding is the most common disaster in the State of Alaska, the United States, and perhaps around the world. Flooding and erosion are particularly significant to many Alaska Native Villages ([Alaska Native Villages]), which are nationally recognized tribes as well as settlements, for several reasons. First, a large percentage of these communities face significant flooding, erosion, and other climate-related impacts to their traditional lifeways, and some are imminently threatened and in need of relocation. This vulnerability relates to their location in flood and erosion-prone areas along shorelines. Historically, [Alaska Native Villages] avoided flooding catastrophes through seasonal migration, but colonization (including laws regarding school attendance) forced villages into settlements that may not have been suitable for permanent habitation.

In this article, I offer a perspective on how [Alaska Native Villages] are adapting in place to flooding and erosion, which adaptations might be maladaptations, and what might be done to facilitate adaptation short of relocating entire communities. Specifically, I consider how federal legislation might be adjusted to better respond to the unique situation of [Alaska Native Villages], and how, even without legislative change, agencies can work to avoid maladaptations. This article is based on dissertation research aiming to understand how [Alaska Native Villages] are adapting to climate change and responding to disasters, and how laws and planning processes help or hinder. My research involved multiple approaches, each of which I cover in more detail in a separate article.

The first approach was to review literature related to studies of adaptation, studies of Alaska Natives, and commentary on laws.

The second approach was to review the relevant laws themselves.

The fourth approach was to analyze community plans relevant to the fifty-nine [Alaska Native Villages] from which I selected participants, including hazard mitigation plans required by the Federal Emergency and Management Agency (FEMA) for certain kinds of disaster assistance and plans related to economic development and land use. I used qualitative content analysis to identify major adaptation actions, relevant laws and agencies, facilitators, barriers, recommendations for change, and other themes that arose from interviews and those conversations that covered interview questions, as well as in community plans.

Research was authorized by the Institutional Review Board of the University of Hawaii, and ethical considerations required keeping confidential the identity of research participants. For this reason, names of participants and [Alaska Native Villages] are generally not mentioned in this article.