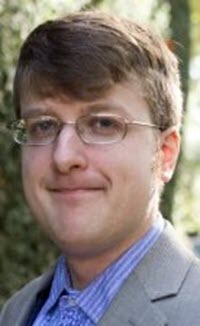 In terms of the despiritualization of the universe, the mental process works so that it became virtuous to destroy the planet. Terms like progress and development are used as cover words here, the way victory and freedom are used to justify butchery in the dehumanization process. For example, a real-estate speculator may refer to "developing" a parcel of ground by opening a gravel quarry; development here means total, permanent destruction, with the earth itself removed. But European logic has gained a few tons of gravel with which more land can be "developed" through the construction of road beds. Ultimately, the whole universe is open--in the European view--to this sort of insanity.

Most important here, perhaps, is the fact that Europeans feel no sense of loss in this. After all, their philosophers have despiritualized reality, so there is no satisfaction (for them) to be gained in simply observing the wonder of a mountain or a lake or a people in being. No, satisfaction is measured in terms of gaining material. So the mountain becomes gravel, and the lake becomes coolant for a factory, and the people are rounded up for processing through the indoctrination mills Europeans like to call schools.

The above quote is from Lakota activist Russel Means' famous For America to Live Europe Must Die speech. This was meant as a metaphorical death. What he meant was that for the natural environment and the Indigenous cultures of what is now called "the Americas" to continue, the culture of dominance and control the colonizers brought with them must be put to rest. In the popular imagination, the environmental movement began in the United States in the 1970s. As far as the geographic boundaries of the U.S. go, however, the environmental movement began the first time an Indian killed a white man on U.S. soil. That may sound like tongue-in-cheek hyperbole, but the fact is the roots of the first war between Anglo-colonists and their Indigenous neighbors in the early days of the colony were environmentally based. King Philip's War, fought between the Wampanoag and their allies against the colonists, largely began due to tensions rising from European despoliation of the tribe's environment. Of course, back in Europe prior to their own radical transformation from Christianity, many Europeans held similar practices to that of the Indigenous Peoples of the Americas. Perhaps the real first environmental movement began in the ancient world when agriculturalists first started going to war against more nomadic tribes.

This paper seeks to explore this basic preposition: the idea that environmental protectionism is not the brand-new radical idea many make it out to be. This, of course, is not intended to overly romanticize. Indigenous societies no doubt have their flaws: warfare, slavery, and other ills. However, Nation states too have those same flaws and our society is seldom condemned outright for them. From Treblinka to Tuol Sleng, it appears States have perfected rather than eliminated humanities' darker tendencies. What is indisputable is that Indigenous societies had a much more sustainable relationship with the natural world. After all, the Natives of the present-day United States were able to live here for at least 15,000 years, and when colonizers came, the land was so pristine they thought they were in an untouched landscape.

I will look to analyze the roots of many Western-based notions of property, the environment, and law, which form the basis of current environmental law. I will compare these concepts and rules to the laws of several Indigenous societies.

In order to understand how the Western notions of the environment became the backbone of both international law and the domestic law of almost every state on Earth, I will trace the history of colonization and imperialism that laid the grounds for the current dominant system of laws and worldviews regarding the environment. The impacts of colonization and the separation from traditional Indigenous values have manifested itself twofold. First, they have negatively impacted those who remain "Indigenous." I mean this in the cultural sense, as many nation-states are populated by the people that have always lived there. However, the government of every country is modeled on the Westphalian Nation-state, a European creation based on the Treaty of Westphalia at the end of the 100 Years War that forms the basis for how every Nation is organized, so in many countries whether the rulers are of the same genetic stock is irrelevant because their values and governmental system are often at odds with the norms and values of the people who remained true to pre-state traditions. For example, while the genetic difference between the average Peruvian citizen who has a large degree of Amerindian ancestry and an uncontacted Indian of the Amazon rainforest isn't as readily apparent as the clear distinction between a European descendant and a Native in a settler colony such as the United States, there is a world of difference between the values, laws and norms of someone who identifies as a citizen of a modern nation state of Peru and someone who follows the traditional laws of the Achuar people. Because the Indigenous people forced to be in the confines of Westphalian Nation-states are often subject to the decisions of that state's government, there is a very real and immediate impact on their rights and lives. I will explore the various international laws and rules governing the rights of Indigenous peoples. While not all are immediately environmentally based, Indigenous concepts of self are so tied to notions of land that the effect of protecting Indigenous rights and culture is most often hand-in- hand with protecting the environment. I will also observe how these laws can be strengthened or more adequately implemented.

Of course, everything is connected because the environment encompasses the entire planet and because borders only exist on paper. While the Indigenous people of today are the most immediately impacted by supplanting Indigenous values for colonial ones, all human beings were at one time "Indigenous." In my humble opinion, forgetting the values of respecting nature has worsened all of our cultures. The western world has so largely forgotten what it means to be Indigenous that it has created some false dichotomy of "progress" versus "backwardness." I will follow the history of this mindset and how it has led to much of the problems of today. I will then look at how these Indigenous principles are being applied today, such as in the granting of legal personhood to water in New Zealand through the efforts of the Maori, and the creation of the Law of the Rights of Mother Earth in Bolivia.

The dogmatic hierarchy model has been the norm for so long in the western world that many people don't even seem to question it. Our current state of affairs is considered the natural progress of history, and our right to dominate the Earth as common sense. However, with the growth of the environmental movement it does seem more people in mainstream society are remembering the once commonly held value towards nature. Even the Pope has come around to the idea. Contemporary Indigenous societies remember the ancient virtue of a reciprocal relationship with what is definitely our "mother" for the very fact that she/it created and sustains us. It is high time to end the paternalistic racism that dismisses traditional Indigenous knowledge and values as primitive savagery. Indigenous societies must be given full control of their lands for their sake as well as ours, because they steward the environment in a way we seem unable or unwilling to. We must also incorporate the traditional notions of a relationship with nature and personhood for natural phenomena into the law of states and into international law. Anything short of this is merely allowing greed and power to be a hindrance to ensuring the survival of future generations. There is no time for half-steps.

J.D. and L.L.M Graduate of University of the Pacific McGeorge School of Law.