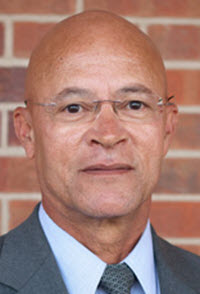 Title VII of the Civil Rights Act of 1964 (the “Act”') is the first major piece of federal legislation designed to deal comprehensively with the problem of employment discrimination in the American work place. It prohibits discrimination on the basis of race, color, religion, national origin and sex by private and public employers as well as labor organizations and employment agencies. The two theoretical bases upon which the existence of unlawful discrimination may be established are disparate treatment and disparate impact. Both are rooted in section 703(a) of the Act. The disparate treatment theory, the “most easily understood,”' postulates that the employer has intentionally treated the plaintiff less favorably than others on a prohibited basis. Critical to the success of a disparate treatment claim is a showing of discriminatory intent. By contrast, disparate impact theory requires a showing that the defendant, without business justification, utilized employment practices or procedures that adversely affected the plaintiff as a member of a protected class.

The Supreme Court adopted the disparate impact approach in Griggs v. Duke Power Co., stating that “good intent or absence of discriminatory intent does not redeem employment procedures . . . that operate as 'built-in headwinds' for minority groups and are unrelated to measuring job capability.”’ The Court noted that “congress directed the thrust of the Act to the consequences of employment practices, not simply the motivation,”' and “placed on the employer the burden of showing that any given requirement must have a manifest relationship to the employment in question.”'

During the early 1980's, both an intra and inter circuit split developed over whether the nature of the challenged practice should dictate the mode of analysis utilized in deciding whether unlawful discrimination under Title VII has occurred. Specifically, a number of courts held that disparate impact analysis is only applicable where the employment practice being challenged can be isolated or is objective or both. In other words, only the disparate treatment theory can be utilized to challenge subjective or multifaceted employment practices. Other courts have come to the opposite conclusion. Still others have refused to “enter this labyrinth”' because of the evidence presented in the particular cases. This confusion has generated much comment.

On June 22, 1987, the Supreme Court granted certiorari in the case of Watson v. Fort Worth Bank & Trust Co. to resolve the conflict. It rendered its decision on June 29, 1988. Justice O'Connor delivered the opinion of the Court, concluding that disparate impact analysis may be applied in a challenge to a subjective or discretionary promotion system. All participating justices concurred in this conclusion. At Parts II (C) and (D) of the opinion, however, Justice O'Connor, in an effort to “decide what evidentiary standards should be applied”' in such cases, formulated a standard of proof that is a radical departure from the standards set and utilized by the Court in its prior decisions. Chief Justice Rehnquist, and Justices White and Scalia concurred in this approach. Justice Blackmun, joined by Justices Brennan and Marshall, filed an opinion roundly criticizing the plurality's new formulation as “inconsistent with the proper evidentiary standards and with the purposes of Title VII.”' Justice Stevens filed a separate opinion suggesting that further discussion of the evidentiary standards to be applied in such cases should be post-poned. Justice Kennedy took no part in the opinion.

The plurality's new evidentiary standard threatens to render a plaintiff's success in many such cases virtually impossible. This result may yet be avoided, however, since Justices Stevens and Kennedy expressed no view on the merits of the plurality's resolution of this important issue.

This article initially examines the traditional theories of proof in Title VII cases. It then discusses approaches by lower courts in resolving the competing concerns raised in applying those traditional theories in challenges to subjective selection devices. This article next discusses the Supreme Court's resolution of the problem in Watson and suggests a workable alternative resolution that will not undermine the broad prophylactic purposes of Title VII.

Disparate impact and disparate treatment are distinct theories, and each is equally a part of Title VII case law. Courts have used both theories effectively to combat employment discrimination. The abandonment of one should not be undertaken without sound reasons. No such reasons are provided by the plurality opinion in Watson or Wards Cove. Griggs established that Title VII's prohibition was intended to be broadly inclusive, proscribing both overt discrimination and practices that are fair in form but discriminatory in operation. Disparate impact theory, as formulated in Griggs and refined in Beazer, balances the disparate impact of employment practices against the interest in protecting business autonomy by allowing for a business necessity defense. The business necessity defense allows for business autonomy to the extent that such autonomy does not result in the “artificial, arbitrary, and unnecessary barriers”' to employment that Congress intended Title VII to remove.