“Parental” Leaves and Poor Women: Paying the Price for Time Off 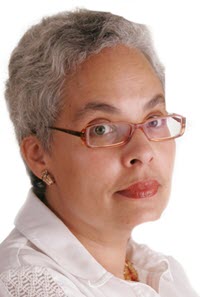 This Article presents a critique of unpaid “parental” leaves and the parental leave legislation recently passed by Congress. Eight states have already enacted parental leave statutes of various kinds. For the sake of simplicity and uniformity, however, this Article focuses on the proposed federal legislation and its anticipated effects on unemployed and underemployed women. Specifically, this Article argues that the debate about parental leave has ignored the possibility that the cost of this mandated benefit is likely to be borne by poor, low-skill working women who will find that their job opportunities narrow as employers try to shift some of the costs of the benefit to employees.

The typical response to this concern is that sex discrimination in the workplace is prohibited by Title VII of the Civil Rights Act of 1964. It is true that section 2000e-2(a) makes it unlawful for an employer

It is also true that Title VII was amended by the Pregnancy Discrimination Act (“PDA”) in 1978 to prohibit discrimination on the basis of pregnancy, childbirth, or related conditions. Therefore, an employer must treat pregnant employees the same as non-pregnant employees unless it can establish a business necessity or BFOQ defense. Neither Title VII nor the PDA, however, is effectively able to deter all instances of sex or pregnancy discrimination. Because there is a large supply of essentially fungible low-skill employees, mandated parental leaves will encourage employers to choose a prospective male employee over a female candidate where all other costs of employee benefits are equal. Additionally, in many instances, poor women, even if they are fortunate enough to be working, will be unable to take full advantage of the statute because the mandated leave is unpaid. The working women most likely to benefit will be those in relatively high-wage, high-skill jobs. Finally, job opportunities (and lifestyles) of the vast majority of working men will be unaffected by the parental leave provisions in the legislation, because studies indicate that men rarely take advantage of parenting leaves. This Article examines parental leave in terms of the economic costs it will impose, costs which have largely been ignored by participants in the political debate about the proposed legislation.

The Article considers several of the arguments that have surfaced during the debate over whether protective legislation generally is helpful to women workers. Specifically, Section II contains a description of the proposed statute and evaluates the arguments of both supporters and detractors.

Section III analyzes the parallels between the proposed legislation and another example of intervention in the labor market—the minimum wage. Section III also discusses the costs and expected wage and employment effects on low-skill workers of the legislation.

Section IV reviews the “formal equality”/“special treatment” debate that is well known in the feminist legal literature, and concludes that neither set of arguments addresses the problem of intra-gender inequality highlighted by the proposed legislation.

I have argued that certain social policies, particularly parental leaves, are clearly a source of increased labor costs to employers, although the size of the increase is unclear. In the case of parental leaves, there is every reason to believe that the increased costs will be borne primarily by low-skill female employees—those least likely to be able to take advantage of the legislation.

Social policies such as unpaid parental leave that are not coupled with counterbalancing employment policies aimed at increasing demand for relatively unskilled labor only exacerbate the various social and economic woes suffered by the unemployed and the working poor. In the same way that raising the minimum wage in the absence of comprehensive full-employment policies only serves to further reduce the employment prospects of low-skill workers, the current parental leave proposals purport to confer a benefit on working parents without adequate concern for the attendant loss in jobs.

In spite of Aid to Families with Dependent Children, unemployment compensation, and other forms of welfare, there can be little question but that the costs of unemployment or underemployment are not borne exclusively by those most directly affected. Indeed, the nexus between high rates of unemployment and violent crime is well established and obviously affects us all.

Isolated policies, even those supported by the broad coalition backing parental leave, which are likely to lead to further economic marginalization of the poor, ought to be rejected outright as ill-conceived and unjust. As interesting as some may find the “formal equality” versus “special treatment” debate, neither approach succeeds in justifying parental leaves in the face of the evidence developed here. The harsh day-to-day realities of unemployment or underemployment are unlikely to be mitigated by the satisfaction of knowing that, for example, maternity leave is being referred to as “parenting” leave in order to promote formal equality and, maybe, to create an illusion that will somehow cause increased numbers of men to participate in child care.

The interests and concerns of women employees are not congruent in most, or even many, respects. That so many middle-class women's organizations support parental leave is yet another example of class-specific, intra-group economic interests dominating a discussion that is always characterized in broad, non-class-specific terms. This situation is reminiscent of the contrast between the renewed activism surrounding the abortion debate that sprung up after the Webster decision and the relative silence following Harris.

That individuals pursue class-specific interests is neither surprising nor particularly alarming. What it does suggest, however, is the importance of objective evaluation of proposed social programs. That organized women are in favor of a particular piece of legislation is no guarantee that some (maybe even large numbers of) women would not be better off under other circumstances. Parental leave legislation without a meaningful employment policy is not likely to enhance the status or to promote the welfare of poor women. That middle-class men and women favor such legislation does not affect the validity of this conclusion. Indeed, it merely suggests that poor women lack either access to or a voice with which to influence the lobbying efforts of their relatively more affluent sisters.