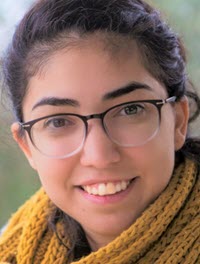 How is Whiteness theorized in Title VII jurisprudence? Courts deciding racial discrimination cases deal with Whiteness on a regular basis. However, their understanding of Whiteness is limited, as is the understanding of most race scholars who limit their discussion on Whiteness to White people's privileges or to Whiteness' invisibility. Such a tendency, this Article argues, stems from the fact that Whiteness is mostly examined through contrast, i.e. through the lives and experiences of racial minorities. But, the nature of Whiteness as a racial project--the project of White supremacy--is better realized when looking at intra-White dynamics, that is, when examining Whiteness against itself.

Through careful examination of race theory from the margins of same-race discrimination cases between Whites, this Article argues, we are offered a peek into what enables regimes of Whiteness and White supremacy and how they operate within the workplace. Unpacking intra-White dynamics is crucial for examining how Whiteness is policed within the workplace and allows us to craft additional ways to combat regimes of White supremacy at work.

Intragroup discrimination has long been recognized by the courts as actionable under Title VII of the Civil Rights Act of 1964. Accordingly, courts recognize the possibility that women may discriminate against other women on the basis of sex, for instance by sexually harassing female employees. Similarly, discrimination by Blacks and other racial minorities against their own group members is recognized in Title VII jurisprudence. Title VII has also expanded to encompass situations where men harass or discriminate against other men on the basis of sex, usually in instances where the performance of masculinity by those discriminated against does not meet their supervisor's or colleagues' expectations. However, there is currently almost no discussion, in the courts or in legal scholarship, of the possibility that Whites may racially discriminate against other Whites. This is no coincidence. The failure to recognize most types of same-race discrimination between Whites results, this Article argues, from courts' tendency to de-racialize Whiteness. Whiteness' privilege of invisibility, which has made White norms the default, also prevents courts from recognizing Whiteness as a racial category that polices itself on its members. This inability is manifested through the courts' limited recognition of intra-White discrimination.

The possibility of intra-White discrimination is ever more relevant. Alt-right, White pride, and White nationalist/supremacist movements, all of which see Whiteness as a category with concrete content and distinct borders maintained by its members, have become more prevalent in recent years. These groups promote racist norms regarding Whiteness and its legitimate manifestations within American society. Their popularity may lead to an increased number of intra-White discrimination cases involving employers who enforce such ideas of Whiteness on their White employees or White employees who harass White colleagues for failing to “act White.”

Part I of this Article argues that Title VII ought to be understood as a law that forbids certain ideologies from dictating employment decisions rather than one that protects specific identities in the workplace. Such framing of Title VII is consistent with both Title VII's language and its original purpose.

Part III describes and critiques the current theorization of associational discrimination, arguing that it deracializes Whiteness, thus missing the main dynamic at play in these acts of discrimination. This problematic theorization leads to courts' limited recognition of discrimination between Whites, which is restricted to scenarios in which racial minorities are involved.

Part IV suggests scenarios that are missed by the current theorization and may be recognized via the stereotype doctrine. Examining stereotypes against poor rural Whites, often referred to as “White trash,” I argue that these stereotypes revolve around the “right” ways to perform Whiteness. Accordingly, discrimination against poor Whites may sometimes be seen as forbidden racial discrimination, especially when the one acting in a discriminatory manner is White.

Part V addresses a possible challenge to my argument based on anti-subordination theory, demonstrating the potential advantages my argument offers to racial minorities.

Part VI offers a concrete suggestion as to how courts should adopt my argument.

Matt Wray finishes his book Not Quite White with an excerpt from Erskine Caldwell's God's Little Acre. The novel depicts a group of poor southern Whites digging for gold without luck. Their “futile mining efforts are destroying what little is left of their land.” The secret to finding gold, local folk wisdom says, is finding an albino. “[A] man ain't got as much of a chance as a snowball in hell without an albino to help,” one of the characters, Pluto, says at the beginning of the novel. Albinos apparently possess the magical ability to find gold. When protagonist Ty Ty Walden inquires as to what an albino is, Pluto explains: “An albino is one of these all-white men, Ty Ty. They're all white; hair, eyes, and all, they say ... It's the all-whiteness, Ty Ty.” So, their only way to find gold and to enjoy wealth and success is “to have pure Whiteness on their side.”

This anecdote illustrates my argument regarding Whiteness as a social goal rather than merely a biological trait. The magical albino, much like the “ultimate macho man” or the “perfect lady” (that Price Waterhouse executives were envisioning), serves as a mythical state of being that no one can actually fully obtain but that everyone nevertheless seeks. The albino here is the epitome of the White man--his blood is pure, removing any doubt or suspicions of interracial association. He is the one who can find gold and is thus the one poor Whites must aspire to find, to be.

The efforts to attain the idealized version of Whiteness, masculinity, or femininity define social categories and boundaries. The inevitable gaps between the ways we perform our identities and the mythical ideals we aspire to reach are the spaces into which stereotype-based discrimination often enters. Such acts of discrimination are simultaneously a reflection of individuals' failed attempts to become the ideal subjects of hegemonic ideologies and a mechanism through which these ideologies keep individuals in line by imposing social sanctions on those who fail or refuse to fall in line.

This Article has suggested that same-race discrimination is often a form of intraracial racialization, i.e. a way in which racial expectations are enforced on members of a racial group by their fellow members. By utilizing the stereotype doctrine, these practices can be recognized as wrongful race discrimination under Title VII.

Courts' tendency to de-racialize Whiteness and view it as invisible has led to a limited doctrine of same-race discrimination between Whites, one which recognizes the possibility of such discrimination being “because of race” only when racial minorities are involved. The stereotype doctrine has the potential to racialize Whiteness by exposing the racial work necessary to maintain its content, meaning, and borders and, in doing so, also lead to its subversion.