Title VII and African American Hair: A Clash of Cultures 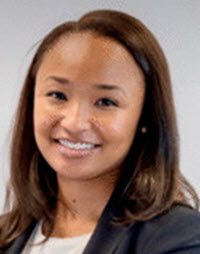 Vanessa Van Dyke's hair is a "distraction"--school officials said when they threatened to expel her for wearing her naturally curly afro. At only ten years old, Van Dyke was marginalized for wearing her natural hair. She did not want to cut her hair because, like many African American women, her hair is part of her identity--"It says I'm unique .... First of all, it's puffy and I like it that way. I know people will tease me about it because it's not straight. I don't want to fit in." Van Dyke was suspended because her hair violated Orlando Faith Academy's policy: "hair must be a natural color and must not be a distraction." The policy cites mohawks, shaved designs, and rat tails as examples of "distractions." However, unlike the examples provided in the school's policy that involve altering one's hair, Van Dyke's hair remained its natural texture. Although Van Dyke was eventually allowed to return to the academy, she was almost deprived of her elementary education simply because she chose to embrace her natural hair.

Van Dyke and many others have chosen to wear their natural hair and subsequently lost educational or other opportunities. For example, in 2006, activist Marc Lamont Hill reported that the Baltimore Police Department proposed implementing a policy banning "extreme or fad hairstyles" including "cornrows, mohawks, dreadlocks, and twists." Hill claimed that this policy criminalizes African American hairstyles since the department allegedly started the policy because "the police were blending in with the criminals."

These hair policies are not limited to predominately white institutions; they are common in African American organizations as well. In 2001, Hampton University--a historically African American university--stopped males in their five-year Masters of Business Administration program from wearing dreadlocks and cornrows. The school claimed that the hair policy was implemented to ensure that their students "[got] into the job." In its statement, the university implied that students who wear their natural hair are less likely to gain employment, versus students wearing more traditional hairstyles.

As Van Dyke's, the Baltimore Police Department's, and Hampton's stories exemplify potential negative impacts African Americans face when they chose to embrace natural hairstyles. Popular culture's recent acceptance of natural African American hair makes the issues of hair politics and policies particularly relevant for consideration. Though these policies are often facially neutral and not intended to have discriminatory effects, they can adversely affect African American employees.

These discriminatory policies are likely the result of an unconscious bias against stereotypical African American appearances. Employers should solicit input from minorities while drafting grooming policies to decrease the likelihood of lawsuits and improve employee satisfaction. This change would allow the employer to maintain their ability to regulate aspects of the employee's appearance without requiring their employees to change something that is culturally significant. However, since there are often few African Americans within the corporation or the firm drafting these policies, employers may have to use outside consultants or increase diversity recruiting efforts to implement this solution.

This note explores the possible motivations behind these grooming policies and their effect on African Americans in the workplace. It also explores possible legal arguments that could invalidate such policies under Title VII of the Civil Rights Act of 1964 (Title VII).

Part III sets forth a proposal: that instead of focusing on the Title VII litigation, employers should collaborate with minority decision makers to redesign grooming policies that allow regulation of employee appearance using objective criteria instead of a subjective standard that leaves room for implicit bias,