White Hair Only: Why the Concept of Immutability must Be Expanded to Address Hair Discrimination Against Black Women in the Workplace

Excerpted From: Aaron Roberson, White Hair Only: Why the Concept of Immutability must Be Expanded to Address Hair Discrimination Against Black Women in the Workplace, 99 University of Detroit Mercy Law Review 223 (Winter, 2022) (220 Footnotes) (Full Document) 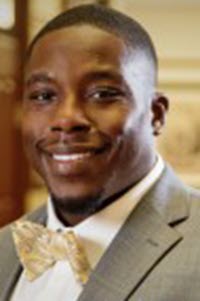 While it is uncommon for white women in the workplace to face discrimination for straight hair or to be forced to change their hairstyle, it is a common reality that Black persons, especially Black women, experience often. Many Black persons are forced to make essentially one of two choices in professional spaces as it pertains to their grooming. The first choice is to wear hairstyles that are a reasonable result of your natural hair texture and closely related to your racial identity and possibly limit your opportunity for professional success. The second choice is to choose a hairstyle more closely related to whiteness in an effort to successfully navigate your chosen career for jobs and promotions.

In 2010, a Black woman named Chastity Jones became yet another Black woman impacted by the very real reality that Black employees must often choose between their hair and gainful employment or prospective growth in their career. Chastity Jones applied for a customer service representative position with Catastrophe Management Solutions (CMS), a claims processing company in Alabama, in May of 2010. Shortly after applying Ms. Jones received an interview with CMS amongst other applicants for a customer service representative position. After Ms. Jones' interview she was alerted by CMS that she was qualified for the position and had been offered a position with the company. Ms. Jones, after being told that she was hired, was then told by a white CMS Human Resources Manager that CMS could not hire her with dreadlocks because, as the HR manager put it, “they tend to get messy, although I'm not saying yours are, but you know what I'm talking about.” Unfortunately, Ms. Jones would never work for CMS because she refused to cut her dreadlocks and as a result was not hired by CMS. Like so many of her Black counterparts in the workplace, she was told that in order to work at CMS she could not keep her dreadlocks because of what CMS called their race neutral grooming policy.

The Equal Employment Opportunity Commission (EEOC) later filed suit on behalf of Chastity Jones when her offer was rescinded by CMS after her refusal to get rid of her dreadlocks, alleging that CMS' discriminatory actions were in violation of Title VII of the Civil Rights Act. The Southern District of Alabama dismissed Ms. Jones' complaint and denied the EEOC's motion for leave to amend. The EEOC appealed the decision to the United States Court of Appeals Eleventh Circuit who also held against the EEOC and Ms. Jones. That day, the Eleventh Circuit ruled that Ms. Jones' hairstyle was not an immutable trait and that wearing dreadlocks is a choice. Thus, the court maintained an interpretation of immutable traits that has failed to protect Black persons in the workplace from a culture of professionalism that rewards appearance proximate to whiteness and punishes appearance closely related to Blackness.

Over the last decade a number of scholars and legislators have taken on the task of addressing the disparate impact grooming policies have had and are having on Black persons in the workplace. The issue is not a novel one for Black persons maneuvering through spaces that at their foundation were never meant to welcome or accommodate persons of a darker hue. But the growing amount of attention paid to this issue has directly been correlated to a movement rooted in the reclamation of hairstyles directly related to Black identity. Historically, hairstyles rooted in Black history and culture were deemed unprofessional and unkept in both the workplace and in society. This movement, in conjunction with the 2016 Eleventh Circuit ruling in the case of Chastity Jones, ignited the creation of new legislation and scholarship aimed at finding solutions to address the disparate impact hair discrimination has on Black employees. Nevertheless, little attention has been given to the role the judiciary has played in upholding legal principles that perpetuate hair discrimination, and as a result racial discrimination, in the workplace. This note focuses on the issue presented by the interpretation of immutability the judiciary uses in relation to racial discrimination claims and the blockade it presents for Black workers, specifically Black women, who face hair discrimination in the workplace.

The judiciary's interpretation of the immutability doctrine in race discrimination cases continues to be detrimental to suits brought by Black plaintiffs claiming they were discriminated against in the workplace as a result of grooming policies. “Courts have overwhelmingly favored employers, denoting the wearing of natural hairstyles like braids and locs as trendy, or mutable and easily changeable.” So, even as the legislature and the Equal Employment Opportunity Commission create policies and laws that focus on ending hair discrimination, the judiciary has created a bar to those who seek relief as a result of the same thing. Considering the roots of Title VII were founded in the legislature's attempts to provide equal access to employment for identified minorities, specifically Black persons, it is evident that the current interpretation fails to fall in line with Congress' intent. Title VII prohibits employment discrimination, whether it be through the hiring processes or through the course of employment, based on an individual's race, color, religion, sex, or national origin. The Supreme Court stated that the purpose of Title VII “was to achieve equality of employment opportunities and remove barriers that have operated in the past to favor an identifiable group of white employees over other employees.” However, the judiciary's interpretation of the definition of immutable characteristics, traits that are unchangeable or fundamental to identity, used in review of some Title VII cases has not been extended to cases considering claims alleging racial discrimination in the workplace. The judiciary still defines racial identity as an identity based on biological differences rather than as a socially constructed identity separating persons based on physiological and cultural differences. Thus, they have been unwilling to recognize traits fundamental to racial identity in racial discrimination cases. Instead, courts only recognize immutable traits that are considered “accidents of birth” in race-based claims.

An interpretation expanding the recognized immutable traits of a person's racial identity to include characteristics that are fundamentally related to racial identity would recognize Black hairstyles as being fundamental to Black identity. This would provide greater protection for Black employees from hair discrimination in the workplace. A more expansive conception of immutability in racial discrimination cases will aid in the elimination of businesses relying on stigmas related to Black hairstyles in the workplace as a guide in their enforcement of grooming policies. Also, hopefully, a more expansive interpretation would encourage society as a whole to reconsider whether diverse hairstyles can be professional in the workplace. Nevertheless, the judiciary has remained steadfast in its maintenance of its definition of immutable traits related to racial identity providing numerous arguments in support of their interpretation. These arguments include interpreting hairstyles as a choice, detaching texture from hairstyles related to its outgrowth, connecting grooming policies to the private right of businesses to operate in its interest rather than its disparate impact on certain groups, and more. In light of the judiciary's commitment to maintaining immutability as a concept for review of employment discrimination claims it is important that the judiciary expand its interpretation of immutability in racial discrimination cases. This article takes a stand against the judiciary's incorrect application of immutability in racial discrimination cases.

The concept of race is not a fixed result of biology that separates persons based on genetic differences. No genetic makeup exists that can be attributed only to all human beings that are Black, or white, or Asian. In fact, it is more likely that there are more genetic variations within one racial group than there would be between two different groups. But, if the biological conception of race is incorrect, how do we define racial identity? Race is a social construction that relies on physical appearance, cultural characteristics, and behaviors to separately assign communities of persons a certain identity. As a result, certain characteristics, both external manifestations and cultural practices or behaviors, are attributed by society to certain racial groups. Thus, the concept of immutability when applied to racial discrimination cases should not only protect the physical traits associated with certain racial identities but also should protect behaviors or practices that are fundamental to racial identity. Applying this conception of immutability that considers traits and practices fundamental to personal identity will provide greater protection for Black persons in the workplace who frequently fall victim to so-called “racially neutral” grooming policies.

The first section of this article focuses on defining the connection between Black hairstyles and Black identity to lay the foundation for why these hairstyles deserve protection under Title VII in race discrimination cases and presents society's progression of understanding Black Hair. The second section of this article provides where the concept of immutability comes from, what it means for employment law, and presents where the judiciary stands today on the issue of hair discrimination as a result of the concept of immutability. The third section of this article then pinpoints the judiciary's major arguments for denying recognition of Black hairstyles as traits and provides rebuttals to these arguments. The fourth and final section of the article encompasses all these sections in an effort to demonstrate the benefits of expanding the judiciary's interpretation of immutability in racial discrimination cases to include traits considered fundamental to racial identity.

As this note suggests, the adoption of an interpretation immutability that considers traits and practices fundamental to racial identity as traits that should be protected from discrimination will be more consistent with Title VII's purpose of creating equal professional settings for racial minorities, specifically Black persons. A sociocultural understanding of racial identity and the traits that are associated historically and culturally with specific racial groups will provide greater protection for Black persons in the workplace who frequently fall victim to so-called “racially neutral” grooming policies.

Aaron Roberson Jr. is a 2022 J.D. Candidate at the University of Detroit Mercy School of Law.