Requiring Parents to Waive Rights: Education Contracts of Adhesion in the Covid-19 Pandemic 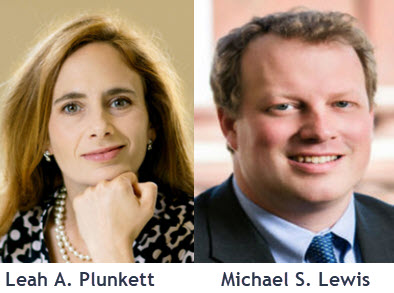 Desperation defines the plight of millions of parents and their children, shut-in together during the spring, summer, fall, and now winter of 2020 due to our national failure to respond effectively to the COVID-19 pandemic. Youth are anxious, stressed, dislocated, and behind academically. Parents, working to support the United States economy during global disruption, are simultaneously trying to teach the students sitting at home after schools shut their doors to in-person K-12 education.

Other parents, who have had to return to work outside of the home while their children remain out of school, have been put into no-win situations. Should they enlist elderly grandparents for help, at risk to those family members? Should they send their children to the home of a neighbor, friend, or ad-hoc daycare, arrangements grounded in relationship bonds rather than regulation through some combination of governmental structure and private contract? Should they leave their children home alone? Should they quit their jobs, jeopardizing their families' economic stability?

For parents who have lost jobs involuntarily, these choices approach even closer to the existential. These parents have obligations that can be even more time-consuming than so-called “working parents.” They must search for jobs in a pandemic economy. They must navigate the unemployment insurance system. They must search for new housing if evicted. They must secure healthcare for themselves and their dependents--all of these when interactions outside of home could result in contracting a potentially fatal disease.

Still other parents, who were not in the workforce or who voluntarily left the workforce to prioritize domestic obligations during the pandemic, likely find themselves with greater time and singularity of focus on providing remote schooling and related supports for their children. For this group (willingly not working), the emotional, physical, and logistical challenges of life in a global pandemic (such as caring for ill relatives) remain.

The “kids as co-workers” phenomenon has warped the economy in ways that will have long-lasting effects. Parent-age women appear to be leaving the workforce or falling behind within it at higher rates than their male counterparts. Adolescents moving into early adulthood have had the experiences of graduating from high school and beginning (or continuing) higher education or employment delayed or destroyed by the threats posed by the risks of in-person interactions typical of these transitions. Younger children learning outside of school are suffering major setbacks in their educations. The urge to move forward and the frustration and fear around the many barriers to doing so defines the moment for many. Everyone wants to turn the page on what has been a nightmare for so many.

Trapped as we are, if we have primary and secondary school age children, the opportunities for in-person K-12 education are coveted. Schools and school districts hold the key to re-entry. They are positioned to impose an exacting price. Some have done so by proposing terms for reentry that purport to shift all legal responsibility for on-campus student safety and well-being to parents. While there has been public debate around the re-opening decisions of our K-12 school systems (both public and private), the issue of school liability for doing so and the attempts to shift risk to parents, a lagging phenomenon in our process of recovery, has not yet received widespread scrutiny from legal scholars or in the popular press. This phenomenon requires close examination for many reasons, not the least of which is that it signals moves by schools to shed the standard commitments schools make to parents and families to care for the nation's children while being funded (on public or private dollars) to do so.

In this period, through a sharpened legal device, some schools and school districts have assumed a hard-edged, arm's-length posture toward students and parents, one that is much more broadly and overtly adversarial. This device takes the form of what Americans have come to call a “contract.” It is replete with terms that are non-negotiable and arcane. Its central features demand that parents and students waive rights to bring suit for getting sick or being killed by COVID-19, acquired through participation in school. The device thus introduces a new price of admission into the American education, a price foisted upon parents and students by schools purporting to offer an education that is nurturing and beneficial to students of all ages.

In this article, we call the device the “education contract of adhesion.” We examine it here in the context of primary and secondary (K-12) public and private schools in the United States re-opening partially or fully residentially during the COVID-19 pandemic. A contract of adhesion is a term American law developed to describe “contracts” prepared by one party, to be signed by the party in a weaker position, with the weaker party having little to no choice about the terms. The law has traditionally viewed these devices with suspicion, though with wavering suspicion over time, even as scholars and public commentators have described them as sources of domination.

Our hope is that this essay will bring greater attention to the problematic dynamic contracts of adhesion pose when schools offer them to students and parents. We see these education contracts of adhesion as driven by motives in conflict with the core, traditional, and advertised aims of school: to cultivate students and to prepare them to become citizens within a liberal democracy facing serious and growing threats from authoritarian forces, both private and public.

In Part I of this article, we offer a snapshot of some of the legal devices being used by K-12 schools (public and private) and school districts in the United States to shift legal responsibility for student safety to parents while re-opening during the COVID-19 pandemic, which media or other sources have brought to the public's attention. In Part II, we explain why these devices are best understood as “education contracts of adhesion,” and we identify the manner in which these devices undermine the stated mission of American primary and secondary schools. In Part III, we develop the view that courts should refuse to enforce these devices and, at the least, require schools to explain and defend them in the course of discovery that may take place in litigation where the devices are offered by schools to limit their liability.

We argue that invalidating education contracts of adhesion on numerous available grounds will ensure that schools serve the mission of cultivating students, consistent with their stated purposes and with their acknowledged, underlying mission in a liberal democracy. We are skeptical about so-called adhesion “contracts” generally. We have a heightened concern when schools use these devices ultimately to extract concessions from youth (through transactions with their parents), while undermining the status of students as people and consumers of services central to their personal and professional cultivation.

If “contracts” of this sort held a tenuous position with regard to enforceability in normal times, the same devices proposed within a pandemic, affecting the rights and interests of children, where choices are constricted and subject to unique pressures, weaken even further their standing as the products of any exchange credibly described as “free” and “voluntary”.

This point must be made even more forcefully in the current environment for consumers, where entities as powerful as the American Law Institute (“ALI”) have proposed that the law of contracts should adopt a standard of “blanket assent” for consumers, more generally. This general, dismissive attitude toward the traditional bilateral (or multilateral) dynamic of a contract has signaled a decay in the law of contracts where contracts stand to serve the function of ensuring that a free people may chart their own course without surrendering their autonomy to forces that would seek to dominate them. In a context where the rights of minor students are at stake, it would seem that a system seeking some semblance of integrity and intelligibility would draw the line in circumstances such as those we face today.

We urge schools, insurers, courts, and other stakeholders considering the use of education contracts of adhesion during the pandemic to reject them. Purporting to release schools from liability at a time when many schools do not even have fully developed safety protocols fails as a matter of basic drafting because: “A valid release must be simple enough for a layperson to understand and additionally give notice of its import. A drafter of such a release faces two difficult choices. His Scylla is the sin of oversimplification and his Charybdis a whirlpool of convoluted language which purports to give notice of everything but as a practical matter buries its message in minutiae.”

More fundamentally, education contracts of adhesion subvert the imperative of liberal education: to develop a strong person, sensitive to domination and prepared to stand among his/her/their peers in a society that values individual freedom and republican self-control. To the extent that schools are legitimately concerned about establishing and enforcing public health measures, there are devices other than education contracts of adhesion that can further these goals without accompanying waiver or assumption of risk language. Schools can set out rules for campus safety that students (and their parents) must agree to prior to return and, if violated, will result in student removal from campus.

Establishing behavioral norms and requirements for students on school grounds is a reasonable, familiar use of school authority. Going from the use of safety requirements and discipline codes to the “self-loathing” or cognitive dissonance fostered by an education contract of adhesion in a school setting not only harms students and families in the present but undermines the very attributes schools are supposed to be fostering--and impedes societal continuation of learning, which is more imperative than ever during a time of crisis.

Leah A. Plunkett is the Meyer Research Lecturer on Law and Special Director for Online Education at Harvard Law School, a faculty associate at the Berkman Klein Center for Internet & Society at Harvard University, and an associate professor of legal skills at University of New Hampshire Franklin Pierce School of Law (on leave 20-21).

Michael S. Lewis is a shareholder at Rath, Young and Pignatelli, P.C., and an adjunct professor of law at University of New Hampshire Franklin Pierce School of Law and Vermont Law School.