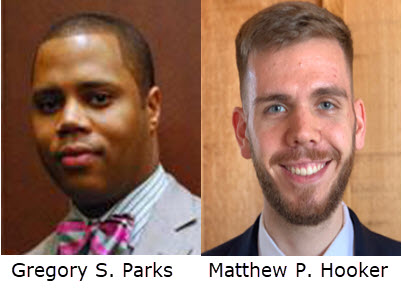 Violent hazing has been part of black fraternal life for several generations. In the 1970s, fraternities witnessed their first deaths. In the 1980s, they first began to face litigation around this issue. Despite efforts in 1990 to eradicate hazing within these organizations, hazing has persisted and shows no signs of ending. This long history raises the question as to what role the law plays or should play in regulating hazing. In 1874, the United States Congress passed the first statute to prevent hazing. Since then, forty-four states have passed anti-hazing laws. However, the law is merely a system “to regulate behavior which is undesirable from a societal viewpoint.” Clearly, like in many other contexts, what may be most interesting about the law is not that it exists or what it is, but rather, that it is ineffective at curtailing human behavior in many instances. If the goal of the law is “to regulate behavior by threatening unpleasant consequences should an individual commit a harmful act,” then it stands to reason that it is critical to understand what actually influences said behavior.

One reason why hazing may be so difficult to end, or even reduce, is because of the system of ideas and ideals that form the basis of culture and policy within black fraternities. In short, ideology--particularly along the conservative and liberal spectrum--may predict how hazing is conceptualized and addressed, or not, within black fraternities. For decades, social scientists have studied the ways in which conservatives and liberals differ. To the extent to which black fraternities' organizational identity-- i.e., what is central, distinctive, and enduring about an organization--is either conservative or liberal, outcomes, with respect to hazing, are predictable.

In Part I, we explore almost fifty years of hazing incidents within black fraternities--the point being, that an issue with civil and criminal consequences persists despite apparent efforts to address it.

In Part II, we explore the various ways in which conservatives and liberals differ in how they approach situations and institutions. We believe that these distinctions have implications for how organizations operate and address challenges that lie before it.

Hazing is a centuries-old problem. A prevailing approach to thinking about this problem is to discern what drives the individual perpetrators of the conduct. However, a more nuanced way to make sense of the behavior is to ascertain the broader organizational culture at play. In this article, we explored one aspect of that culture and focused our lens on a particular type of organization--i.e., black fraternities. The prevailing way in which members of these organizations think about and engage their organizations, generally, and in particular with regard to hazing, is predictive of hazing persistence within their ranks. Specifically, a more liberal perspective--regardless of the political leaning of members in electoral politics--leads, more so than a conservative bent, to more effective strategies toward addressing hazing.

Professor of Law at Wake Forest University School of Law.