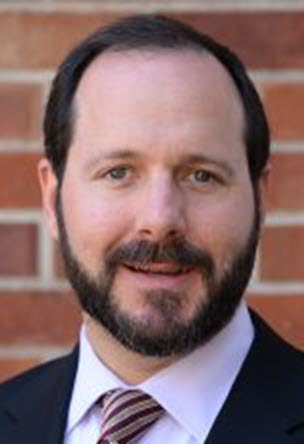 Given the disproportionate suspensions of black students by elementary and secondary schools, along with what is known about racial bias in the criminal justice system, it would be a miracle if university disciplinary procedures did not produce outcomes that excessively punish black students, along with members of other disadvantaged minority groups. One would expect more university charges per capita to be filed against black students than whites, and one would expect to find more per capita suspensions of black students. But such results have not been observed. Not because unexpected justice is located in the records of student conduct panels. No, university records do not contain evidence that students of all races face campus discipline at similar rates. Instead, one cannot find evidence of disparate impact for the straightforward reason that universities do not bother to collect--much less to publish--data that would allow such an assessment

For public elementary and secondary schools, rich data exists concerning disciplinary outcomes, allowing analysis of how the school discipline process has a disparate impact on students of different races. The unfairness is so stark--black students are suspended about three times as often as white students reform advocates refer to the current system as a "school-to-prison pipeline." The U.S. Department of Justice and U.S. Department of Education have instructed public schools of "their obligations under Federal law to administer student discipline without discriminating on the basis of race, color, or national *110 origin." In short, while no magic bullet is available to solve the problem, the problem at least has a name, and efforts are underway in some quarters to attack it. Reformers are using education, advocacy, litigation, and legislation in various ways.

In the criminal justice system--that is, the "real courts," as opposed to the quasi-judicial proceedings of K-12 schools and universities--researchers find disparate impact by race in arrests, prosecutions, convictions, and sentencing. This is not news. Criminal law and procedure teachers have told students of this for decades, and the evidence is abundant that black Americans are much more likely than whites to spend time in prison.

Meanwhile, in response to recent pressure from the U.S. Department of Education, colleges and universities across the country have hurriedly and vastly expanded the offices dedicated to investigating and punishing sex discrimination and sexual misconduct on campus. At the same time, universities are scrambling to become more welcoming to students of all races. It seems *111 that little attention has been given to the risk that these two efforts might be in tension. Might it be possible, even likely, that the hammer wielded by beefed-up university offices dedicated to prosecuting sex discrimination is falling disproportionately on minority students? Indeed, when one stops to consider the question, isn't it nearly impossible to imagine that Title IX enforcement does not have a disparate impact on the basis of race?

This Article argues that university discipline procedures likely discriminate against minority students and that increasingly muscular Title IX enforcement--launched with the best of intentions in response to real problems--almost certainly exacerbates yet another systemic barrier to racial justice and equal access to educational opportunities.

Part I examines evidence from a university that has investigated the impact of its discipline system on students of different races and has then shared its findings.

Part II provides a baseline for expectations and analysis by briefly reviewing the well-documented racial biases in discipline imposed upon elementary and secondary school students as well as in the American criminal justice system.

Returning to higher education, Part III then examines how several features of campus discipline processes, including the failure to collect demographic data, enhance the risk of racially disparate impacts.

Part IV suggests avenues for reform, including a call for the U.S. Department of Education to collect and publish data on the demographics of students disciplined by universities.

Part V then addresses broader implications, including the role of "shadow law" in the federal regulation of university discipline systems and campus sex, issues of "intersectionality" that arise from competing claims for justice related to sex and race, and possible fruitful future research.

Among other things, Part VI briefly discusses whether racial biases affect how colleges and universities respond to victims of assault, discrimination, and other misconduct. It is possible, for example, that black women are less likely than other victims of sexual assault to seek help from university authorities, or that universities take their complaints less seriously than those of white women. Disparate treatment of complainants (and of those who could be complainants but never file reports) is worthy of its own article. This Article, however, focuses on respondents--that is, those students accused of misconduct--and on how campus proceedings likely treat accused students differently depending on their race.

In part, this Article addresses the interaction of two narratives concerning modern American higher education. One narrative recounts inadequate reactions *112 by universities to the harassment and rape of students, particularly women. It also tells of hard-won improvements to the campus environment, as well as the unceasing effort of activists for gender equality and the significant work that remains unfinished. The other narrative recounts the constant struggle for racial equality on campus, beginning in the days of de jure segregation and celebrating civil rights milestones. It tells too of stubborn impediments to racial justice and continued campaigns for change. At least occasionally, these narratives conflict with one another. The tension evokes competing claims for justice made during debates in the 1990s about proposed amendments to Federal Rules of Evidence related to rape and child molestation cases, which were aimed at protecting women and children by increasing the odds that sexual predators would be convicted. Critics argued that the new rules, which eventually were enacted, would harm minority men.

This Article examines how certain efforts to win equal access for women to higher education may have inadvertently complicated the quest for racial justice. If my ultimate conclusion gains acceptance--that is, if leaders in higher education agree that the threat of racial bias in campus discipline is real and demands attention--it will be important not to lose sight of the gender equity issues that, after languishing without broad recognition for far too long, have recently inspired important campus reforms.

College and university disciplinary procedures almost certainly excessively punish black students, along with members of other disadvantaged minority groups. Campus leaders should act now to collect demographic data that would allow analysis of how their discipline systems affect students of different races. Further, using its authority under the Civil Rights Act, the U.S. Department of Education should mandate the collection of this data and should establish nationwide standards for data reporting so that students, faculty, administrators, and the public can compare one institution with another. Concurrently, colleges and universities should act to reduce the effect of implicit bias on the student discipline process, along with other factors that contribute to disparate impact.

Associate Professor of Law, University of Missouri School of Law.