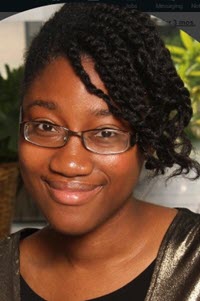 In Notes on the State of Virginia, in 1781, Thomas Jefferson “was utterly convinced” that members of the African race were intellectually inferior to Whites because of so-called biological or characteristics: “Comparing them [Blacks] by their faculties of memory, reason, and imagination, it appears to me, that in memory they are equal to the whites; in reason much inferior, as I think one could scarcely be found capable of tracing and comprehending the investigations of Euclid; and that in imagination they are dull, tasteless, and anomalous.”

In 1863, a runaway slave from Kentucky named Francis Frederic challenged Jefferson's earlier articulation that Black people were intellectually inferior. Frederic questioned the reason why slaveholders prevented enslaved people from learning how to read and thereby “investigate” the teachings of Euclid. Frederic asserted, “[i]t cannot be pretended for one moment, truthfully, that we are not capable of understanding if we were taught. I myself am a living witness against such absurdity; after fifty years of age I have learnt to read and write.” It is doubtful that Thomas Jefferson, a slaveholder, was unaware of the barriers that prevented enslaved Black people from learning how to read. Mary Ella Grandberry, a formerly enslaved woman, bore witness to the punishment enslaved people faced if caught reading. She recalled, “[d]e white folks didn't 'low us to even look at a book. Dey would stol’ an sometimes whup us iffen dey caught us wid our head in a book.”

Both Frederic and Grandberry used their personal experiences to expose the oppressive laws and customs that prevented enslaved people from learning how to read. Learning how to read and write in standard English gave Frederic's narrative legitimacy in mainstream society. Whereas Grandberry's narrative did not achieve the same legitimacy. Grandberry did not have the ability to write her own words and she spoke in a dialect of English, which today is referred to as African American Vernacular English (“AAVE”). Access to learning opportunities distinguishes Fredric's narrative from Grandberry's. Denying Black people access to literacy ensured that Black people remained at the bottom of the American racial caste system. Maintaining white supremacist ideologies like Jefferson's required preventing enslaved persons of African descent from learning how to read and by extension how to speak standard English. Otherwise, White people would no longer have reasons to claim intellectual superiority over Black people.

Today, the “Achievement Gap” refers to the persistent disparities in the educational outcomes of Black and White children. The underachievement of Black children reflects the laws, policies, and practices that continue to deny Black children access to quality educational opportunities since the colonial period in American history.

By analyzing the literacy rates of Black children from a historical perspective, we can see that the legacy of anti-literacy laws, which barred Black people from learning how to read, write, and speak standard English, is the underlying issue Black children confront when learning how to read. This history is often overlooked because of the assumption that African American children do not face linguistic barriers, or because AAVE [African American Vernacular English] is erroneously considered a slang used colloquially by urban youth. Furthermore, schools implicitly presume that children enter school knowing standard English. This presumption does not hold true for many Black children.

This is important because Black children may continue to struggle even if structural inequities in our school systems are rectified. That is, increased resources or school funding will not completely remedy the achievement gap if linguistic challenges are not also targeted. Moreover, because of the concrete injury inflicted by literacy proscription, legal redress may be warranted.

Part I will trace the history of literacy proscription in the antebellum South and describe how anti-literacy laws became increasingly stringent in response to the threat and actualization of slave insurrections. Furthermore, Part I will note how the legacy of literacy proscription persisted even after the Civil War and the passage of the 14th amendment and denied Black children an equitable education. Part II will discuss the origins of AAVE [African American Vernacular English] and the features that distinguish it from standard English. Part II will also analyze how the unique features of AAVE [African American Vernacular English] and the perception of AAVE [African American Vernacular English] pose academic challenges for young Black children in schools today. Finally, Part III will propose a federal funding to implement bi-dialectal programs to ensure that schools offer Black children an equal opportunity to learn.

Much scholarship has been devoted to understanding the literacy rates of African American children from a structural and institutional level. Education scholarship is typically devoted to exploring how a lack of access to educational opportunities impairs the academic achievement of African American children. Focusing only on access to educational opportunities opens the door for a dangerous insinuation--African American children are inherently intellectually inferior, given their free access to educational institutions today. This Note seeks to expand the conversation on what equity ought to look like in the movement for education reform. The scholarship on education reform must first contend with the history of anti-literacy laws and how the ramifications of this history impact the literacy rates of Black children today. Efforts to reform school funding and the pedagogy that students engage with are also essential. Black children need a comprehensive pedagogical approach to overcome the linguistic and academic challenges they encounter in school. The inability to read or even speak standard American English leads to negative implications for Black children.

BDLR: OK, let me make sure I understand that he's saying that he's “right by his ass” ... meaning the guy is right by Trayvon?

Stigmatizing AAVE [African American Vernacular English] as urban slang, commentators called Jeantel “stupid,” “dumb,” and “hood” because of the way she spoke. Even worse, none of the jurors mentioned Jeantel's critical testimony during jury deliberation.

Jeantel was a native speaker of AAVE [African American Vernacular English] and had not learned the ability to “code-switch.” More accurately, she had not been taught how to code-switch. Jeantel's inability to speak standard English illustrates an alarming reality that Black children from marginalized communities can spend thirteen years of schooling without learning standard English. Furthermore, the failure to teach Jeantel how to speak standard English, and therefore address her linguistic barriers, inevitably contributed to low academic outcomes. At the time of the trial Jeantel was reading on a fourth-grade level, implicating the failure of the American school system to effectively educate Black children. Jeantel was a rising senior at Miami Norland Senior High School. In the 2010-2011 academic school year, when Jeantel would have been in tenth grade, only 13% of tenth grade students at Miami Norland Senior High School scored satisfactory or above on the state's reading assessment.

If language is the house of being, then Black speakers of AAVE [African American Vernacular English] will inherently struggle to exist in a setting that presupposes acquisition of standard English. More importantly, the hostility and vitriol that Rachel Jeantel experienced as she testified on behalf of her deceased friend sheds light on how speakers of AAVE [African American Vernacular English] are penalized in judicial and educational settings.