Were it Not for Tulsa: How the 1921 Tulsa Race Massacre Influenced the Desegregation of the American Educational System

Excerpted From: Gail S. Stephenson, Were it Not for Tulsa: How the 1921 Tulsa Race Massacre Influenced the Desegregation of the American Educational System, 57 Tulsa Law Review 111 (Winter 2021) (258 Footnotes) (Full Document) 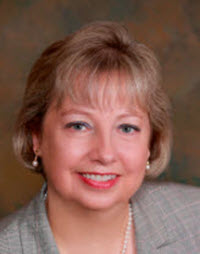 Ada Lois Sipuel Fisher grew up listening to her parents' recollections of the Tulsa Race Massacre of 1921. She also learned the meaning of the term “race riot” when Henry Argo, a teenager she knew in her hometown of Chickasha, Oklahoma, became the state's last lynching victim. Those experiences helped her develop “a strong sense of justice,” which led her to volunteer as a test plaintiff in the lawsuit to integrate the University of Oklahoma (“OU”). While that lawsuit, Sipuel v. Oklahoma, did not overturn the separate-but-equal doctrine of Plessy v. Ferguson, it cracked Plessy's foundation and was a significant step toward Brown v. Board of Education This article shows how the horrific events in Tulsa in 1921 and the racial injustice Fisher experienced growing up in Oklahoma ultimately influenced the desegregation of the American educational system.

The article begins with the Sipuel family's experience in Tulsa and Fisher's upbringing in Chickasha. It reviews the litigation to desegregate American education brought by the National Association of Colored People (“NAACP”) and Thurgood Marshall prior to the Sipuel case, including their legal strategy and careful selection of test plaintiffs. The article details the Sipuel case, the legal machinations of the State of Oklahoma to prevent Sipuel from enrolling in OU's College of Law, and George McLaurin's suit to enroll in OU's graduate school. It concludes by examining Fisher's legacy and the national effect of the Sipuel case.

Were it not for the Sipuel family being burned out of their home in Tulsa in 1921, Martha Sipuel might never have become a civil rights activist. Were it not for growing up with a civil rights activist mother and hearing the story of the Tulsa Massacre told and retold, Ada Lois Sipuel Fisher might not have developed a finely honed sense of social justice. Were it not for that sense of social justice, Fisher might not have volunteered to become the test plaintiff to desegregate the University of Oklahoma. Were it not for Fisher serving as test plaintiff with such courage, determination, and persistence, the desegregation of higher education would have been delayed. The events in Tulsa in 1921 were truly horrific, but were it not for Tulsa, the history of the desegregation of the American educational system might have been quite different.