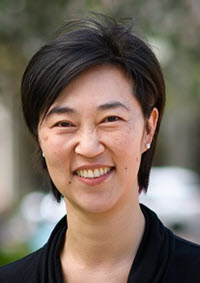 In the U.S., we are accustomed to treating right-to-health arguments as non-starters, outside the realm of serious possibility. Yet curiously, our American aversion to the health rights discourse does not necessarily reflect rejection of “health” as a value. Instead, our attitude seems based on a misperception that health rights are inevitably a type of socioeconomic right to affirmative state provision rather than a negative liberty from state action. This latter type of right, the negative liberty, is thought to be more congenial to the American legal tradition, while the former is regarded as a non-justiciable and quixotically foreign concept. However much we may value health, the argument runs, we would distort or break with our foundational legal character if we recognized health values in the form of a “right.”

Meanwhile, on another front, a different battle over rights is running its course. Observers note that our policymaking functions are now held to cost-benefit default requirements imposed both by courts, and by an executive order that has proven durable regardless of the President's party affiliation. Even now, Congress is considering codifying such a requirement. This default requirement of cost-benefit analysis (CBA), assumed to apply unless Congress clearly intends a different regulatory standard, has come under criticism on a variety of fronts. CBA posits a utilitarian world in which values are aggregative and fungible, and thus capable of being added and traded-off against one another. In response, many have argued that the ascendance of cost-benefit analysis detracts from non-utilitarian values like rights, distribution, the integrity of human life, and dignity. For instance, CBA privileges efficiency over distributive goals, as one commentator has succinctly described: “[A]ll transfer programs flunk standard CBA: one side loses what another gains, plus somebody pays for administrative costs.” Moreover, rights are short- shifted under CBA's utilitarian approach insofar as rights bind without regard to individual case-by-case consequences. The nature of rights is such that an individual's rights cannot be sacrificed to the greater collective welfare as a matter of course. Thus CBA, by subjecting all values to trade-off, fails to adequately acknowledge that some values take the form of rights.

What if we had a way to value health as a right while remaining squarely within the American tradition of rights as negative liberties from state action? And what if this method could also serve as a corrective to CBA's blind-spots on rights and distribution? I argue in this article that Health Impact Assessments (HIAs) would achieve precisely these things. Therefore, I propose that we require an assessment of all federal regulation and legislation for its potential impact on human health and its distribution, even if the policies lie outside what is traditionally considered the health sector. This HIA requirement, like the other regulatory impact analyses I discuss below, would also require Congress or an agency, if it were to pursue such action burdening human health, to expressly justify the adverse health effects imposed by such action. If anything, the regulatory reform measures that are currently before Congress, rather than mandating CBA by statute, should include this modest, common-sense, new regulatory impact assessment requirement.

My argument is indirect. Others have made strong cases for HIAs on the merits. I seek to demonstrate that HIAs should be institutionalized because we have already adopted a set of other regulatory impact assessments (RIAs) privileging non-health values such as economic freedom for small business, freedom from paperwork, economic protection for states and localities, religious liberty, and more, all of which compete with health. These existing RIAs represent the selective elevation, by rights-like means, of a highly biased set of priorities with which health ought to be placed on equal footing.

I argue that we should move from sporadic to general use of HIAs to foster a rights-based approach to health. My paper demonstrates that a negative procedural right to health could be enunciated in the form of an HIA requirement and thereby circumvent the difficulty of recognizing positive social and economic rights in the U.S. legal tradition. Neoliberal rights “deflect consideration of how we are systemically connected to one another globally, irrespective of our choices.” HIAs would seed a right that pushes back on that view.

Meanwhile the illusion of a distinction between positive and negative rights is ever more difficult to maintain. The entitlements of the “haves” are so blatantly non-neutral and involve choices to affirmatively allocate state resources in their favor. The increasing circumstances of scarcity also emphasize choice. We are so interconnected with one another and these interconnections are now hypertrophic, as evidenced by climate change, 360-degree surveillance, pervasive social media and algorithmic use of big data. Coercion (or unconsented for harms or appropriations at the hands of others) occur routinely yet our traditional lines and bulwarks of liberty rights cannot contain the spillover. We need a complementary right to insulate people from systemic harm as well.

Our freedom is not the only thing we can claim against one another. Kantian rights of liberal autonomy protect a person in the abstract, stripped of all specific character. A right to health, by attending to our embodied selves, could serve as a useful corrective. Our liberal tradition sharply divides the right from the good, while a right to health presupposes continuity between rights and human flourishing. At least we may start with a negative right to health as a baseline integrity from harm, supplementing traditional liberty and property rights by marking another place to toe the line, an additional index of justice.