From Health Policy to Stigma and Back Again: The Feedback Loop Perpetuating the Opioids Crisis 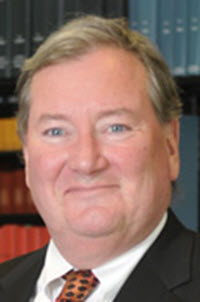 Between 1999 and 2017, almost 400,000 people died from opioid overdoses, and since 2001, the opioid crisis has cost the U.S. more than 1 trillion dollars. In late 2018, the Department of Health and Human Services (HHS) Secretary opined that the country was “beginning to turn the tide” in responding to the crisis. Secretary Azar's positive statements were based on preliminary CDC data that showed a national decline of 2.7 percent in drug overdose deaths from October 2017 to May 2018. However, data still show over half the states posting an increase in overdose deaths with a concentration of higher death rates in the upper Midwest and Appalachia. Recent sobering data from CDC, also showed a national decline in life expectancy for the third year in a row. A 2018 McKinsey report argued that the number of persons suffering from opioid use disorder (“OUD”) is likely to be an underestimate with the actual number being between four and six million persons. Even if the most optimistic projections about opioid overdose deaths proved correct, we will still face new dangers in fentanyl cocktails, as it is mixed with other street or diverted drugs such as Methamphetamine, cocaine, or benzodiazepines. Neither is there any evidence that we are now better prepared for the next addiction crisis.

Why is it that the United States seems to have little resilience in the face of such crises? Why aren't those at risk being diagnosed earlier through preventative care? Why are so many of those suffering with OUD denied any care or are unable to find adequate treatment, coordinated care, or recovery services? An earlier article concentrated on flaws in the healthcare system, arguing that healthcare itself was a structural determinant of the continuing crisis. Specifically, that article was critical of access and benefit stratification, the failure of some states to adopt Medicaid expansion (or having done so to make enrollment dependent on burdensome administrative or work requirements), persistent problems associated with fragmentation of care, sub-optimal care coordination, and the lack of wraparound services.

Implicit in this Article is the belief that the U.S. response to the opioid overdose epidemic is and likely will continue to be fatally flawed. The explicit claim is that there are multiple causes for this failure and they, each in turn, have negative effects further downstream. Thus, the absence of a national health policy is both caused by and plays out in the impact of federalism on healthcare. Healthcare federalism is partly responsible for failing to adequately address social and structural determinants, while social determinants, such as unemployment or poverty, feed into healthcare structural determinants, such as limited access to care. Those structural barriers, in turn, tend to be approached with incremental reforms or exceptional “solutions” (themselves relatable to the absence of a holistic national health policy). Furthermore, the health discrimination inherent in exceptional rather than parity models feeds competing narratives (such as moral defect) about the causes of addictions. Competing narratives give rise to uneven, incomplete, or just plain bad policies; a rise in policies that perpetuate stigma, delay harm reduction strategies, and promote supply-side criminalization. Completing the feedback loop, stigma works against innovative, inclusive national (or even state) policies. The Article concludes with a brief analysis of the SUPPORT Act of 2018 and explains why this, the latest well-intentioned federal “solution” to the opioid crisis, hones true to the systemic issues outlined herein.

Wendy Parmet, discussing the healthcare of another marginalized, stigmatized, vulnerable population, observed “non-citizen immigrants are the canaries in the health care coal mine ... they are among the most vulnerable groups in the United States. Consequently, they are often the first to experience the gaps, inefficiencies, and conflicts in our health care system.” So it is with those suffering from OUD. Their chronic illnesses are not the product of moral defect, but the social determinants of health that in many of our states show few signs of being addressed. When those who suffer or their families seek help, they run into a healthcare system that is not bolstered by any comprehensive plan to provide patients with access to care, is woefully underequipped to deal with system stressors such as epidemics, lacks required services, and, even if such services do exist, is unable to deliver them because of acute fragmentation. When reforms do occur, they tend to be exceptional rather than holistic changes consistent with parity principles. As long as those suffering from OUD remain marginalized and stigmatized, a feedback loop will reduce the likelihood of meaningful changes in federal or state policies. Similar to the undocumented, those suffering in the opioid epidemic provide us a window into our healthcare policies and systems, a window that does not reveal an attractive view.