Quiet Suffocation: California Oil and Gas Production near Communities of Color Is a Public Health Crisis 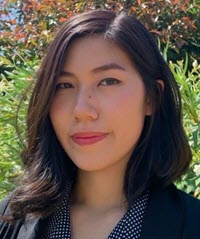 Elvia Garcia “smelled strong odors of something decaying” coming from the electrical outlets of her Arvin, California home. She and her family “thought there was something in between the walls that had died.” Government inspectors found toxic gas leaking from an underground pipe 225 feet away from homes in Garcia's neighborhood. The Kern County Fire Department gave her family only one hour to evacuate. Garcia would need to wait nine months before it was safe for her family to live in their home again. High levels of toxic chemicals in the air and soil prevented their return.

As demonstrated by the Arvin gas pipe leak, living near oil and gas production facilities has dangerous and unintended consequences. Oil and gas extraction poisons the air and water, and it poses a serious threat to public health. Hydraulic fracking--a new drilling technique--enabled oil and gas operators to move fossils fuels closer and closer to people's backyards. Oil and gas production disproportionally takes place near communities of color. AB 345 sought to protect these frontline communities by establishing statewide setback distances between oil and gas wells and sensitive land uses, such as homes, schools, and hospitals.

Oil and gas corporations prey on minority communities to operate because those communities frequently have fewer financial and political resources to successfully resist fossil fuel production. The industry's persistent and unrestricted placement of oil and gas wells near minority communities is environmental racism and perpetuates public health inequities. 345's opponents argued that setback distance laws are unconstitutional regulatory takings that deprive oil and gas operators of the right to profit from their property. While takings claims were unlikely to be successful, their aim was to discourage governments from adopting buffer zones. AB 345 would have standardized setback laws and guided California's regulatory agencies to prioritize health and safety. Adopting AB 345 was a necessary step to protect public health, particularly for minority communities living near oil and gas development. However, given AB 345's demise in the legislature, California should adopt setback distances through the California Geologic Energy Management Division (“CalGEM”) and the rulemaking process.

California's current approach to protect the health and safety of families living near oil and gas production--particularly vulnerable communities of color--is inadequate. As hydraulic fracking allows oil and gas activity closer to people's homes, California must take aggressive action to protect its residents. Studies demonstrate that proximity to oil and gas production is associated with serious health issues. Despite threats of unconstitutional regulatory takings claims, AB 345 would not have likely resulted in takings under either the Lucas or the Penn Central test. AB 345 would have used California's powerful agency framework to create uniformity across current setback distances. Also, AB 345 did not equate to job loss. With specific planning and investment, California could move towards a future that provides job alternatives to the oil and gas industry. Although AB 345 would have helped California take a step forward in addressing racism and protecting public health, the state can still move forward by adopting a setback distance through rulemaking.

J.D. Candidate, University of the Pacific, McGeorge School of Law, to be conferred May 2022; B.A. International Relations and Political Science, University of California, Davis, 2017.