Racial Discrimination in Medicine Versus Race-based Medicine: the Ethical, Legal and Policy Implications on Health Disparities 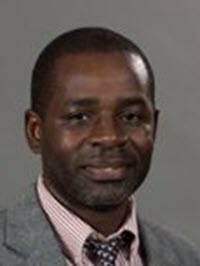 In practicing medicine, I am not colorblind. I always take note of my patient's race. So do many of my colleagues. We do it because certain diseases and treatment responses cluster by ethnicity. Recognizing these patterns can help us diagnose disease more efficiently and prescribe medications more effectively. When it comes to practicing medicine, stereotyping often works.

Why is race so important to medicine and why has race-specific medicine raised such controversy? A greater part of the answer has to do with the history of race relations in the United States. First, there is a cumulative experience of several hundred years of pseudoscientific racism and pervasive discrimination in medicine, unethical and often brutal experimentation, and abuse of Black people by both private institutions and governmental health programs. Second, proponents of race-based medicine have not done a good job of explaining to the general public why this kind of research and practice can be useful. For example, in July 2004, Dr. Clyde Yancy, one of the proponents of race-based medicine, stated, “Tuskegee is almost irrelevant now, especially with more Blacks and others sensitive to ethical issues and having a voice in investigative medicine.” This is certainly not a prudent way to explain one of the most infamous clinical studies among Blacks in the United States. Further, it's a poor way of framing the issue of race-based medicine in public discourse. Viewed from the perspective of some members of the public who are always suspicious of traditional medicine's claim of non-discrimination in healthcare, seemingly reasonable statements like these take on a sinister motive. As a result, racial discrimination in medicine is often confused with race-based medicine. Third, the sensitive history of racial discrimination in medicine complicates discussions of public health and biomedical technology policies.

This paper explores the history of racial discrimination in medicine and evaluates the ethical and policy issues raised by race-based medicine. In particular, the paper attempts to answer questions such as whether race was and still is a dominant factor in medicine, and whether it is ethical to tie advice (as a medical professional) to a patient's race. More importantly, the paper explores the issue of whether race-based medicine can ever be justified.

Part I begins by giving a brief history of racial discrimination in medicine in the United States. I argue that traditional medicine sometimes supported by the government fostered bias and discrimination against minorities and suggests that this history has injected a level of suspicion and cynicism in public discussions of race-based medicine.

Part II discusses pharmacogenomics, the study of genetic variability in the way people respond to medicines, traced to the expression of genes-related disease susceptibility and drug response at the cellular, tissue, individual and population levels. As an example of pharmacogenomics, the paper describes the advent of BiDil, the first heart failure drug approved for Black patients by the Food and Drug Administration (FDA).

In Parts III and IV, the paper evaluates benefits and pitfalls of race-based medicine. Part V analyzes the ethical, legal and policy implications of such a practice and recommends that there is some value in understanding the variable responses to drugs and the ethics of producing drugs for those who need it most, even if they happen to be members of one ethnic group.

Part VI considers strategies for using race-based medicine in ways that address the legitimate criticisms of this field. It notes that proponents of race-based medicine have failed to frame the debate in such a way that distinguishes it from racial discrimination in medicine and suggests that race-based medicine is more likely to win support if it is framed in terms of elimination of health disparities among different segments of the population. The paper concludes by noting that race-based medicine promises to achieve optimal medical outcomes by helping physicians and patients choose patient-specific disease management approaches based on a patient's genetic profile.