Empowering and Protecting Patients: Lessons for Physician-assisted Suicide from the African-American Experience 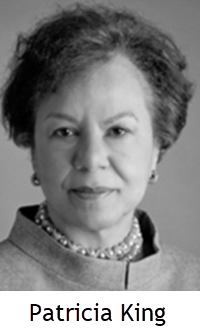 The increasing medicalization of death has led to widespread fear that death is unnecessarily prolonged, painful, expensive, and without dignity. This fear has given momentum to the desire of patients to have more control over their dying and to the movement to legalize physician-assisted suicide (PAS) and active voluntary euthanasia (AVE). Others may have a different fear. They may be concerned that their lives are not highly valued in this society and thus fear that they will not have access to life-prolonging treatment or palliative care that, for them, represents death with dignity. Moreover, many others may not share either of these fears, considering death a “welcome friend” to be greeted with family or, in any event, a process that is beyond their control. Making sure that all of these voices are heard in the PAS debate is a challenge. 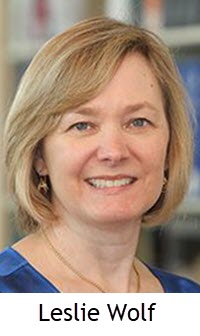 While we share many of the concerns and values espoused by proponents of PAS and AVE, we believe that existing prohibitions on PAS and AVE should be maintained for the foreseeable future. Central to our argument is the view that this society does not have a sufficient understanding of how and why competent individuals are rendered vulnerable near the end of life. We are especially concerned that inadequate attention has been given to the sociohistorical and cultural contexts in which competent individuals function. If we do not fully appreciate the multiple ways in which an individual's autonomy and well-being can be compromised, we cannot modify existing institutional arrangements and practices in the health care system in ways that will empower and protect all patients. It is important to empower patients so that their decisions will be respected, while at the same time protecting them from abuse and exploitation.

When the Supreme Court held unanimously in Washington v. Glucksberg and Vacco v. Quill that state laws prohibiting assisted suicides did not violate the Due Process Clause or the Equal Protection Clause, the opinions of the Justices reflected concern that the interests of all patients should be protected. For example, the majority opinion in Glucksberg recognized that states have an interest “in protecting vulnerable groups--including the poor, the elderly, and disabled persons--from abuse, neglect, and mistakes.” Quoting the work of the New York State Task Force on Life and the Law (New York Task Force), the majority opinion stated that “[t]he risk of harm is greatest for the many individuals in our society whose autonomy and well-being are already compromised by poverty, lack of access to good medical care, advanced age or membership in a stigmatized social group.” Significantly, the opinion pointed out that “[t]he State's interest [in protecting the interests of all patients] goes beyond protecting the vulnerable from coercion; it extends to protecting disabled and terminally ill people from prejudice, negative and inaccurate stereotypes and ‘societal indifference.”’

As a result of the rulings in these two cases, the states will have the responsibility for insuring that the interests of patients near the end of life are not imperiled. Whether it is possible for the states to make available at this time a compassionate option of last resort for some competent, terminally ill patients, without, as a practical matter, making it harder for other patients to exercise their preferences for life prolonging treatment or palliative care, is a vexing public policy matter. Since more attention has been paid to elaborating the principles and rules that should govern practices at the end of life than to ascertaining whether the principles or rules can be effectively implemented in the context of actual decisionmaking, the states' task will be complicated. As the New York Task Force has pointed out: “For purposes of public debate, one can describe cases of assisted suicide in which all recommended safeguards would be satisfied. But positing an ‘ideal’ or ‘good’ case is not sufficient for public policy, if it bears little relation to prevalent social and medical practices.” Moreover, the medical context is inextricably linked with the social and economic inequities existing in the broader society. Again, as the New York Task Force persuasively notes, “no matter how carefully any guidelines are framed, assisted suicide and euthanasia will be practiced through the prism of social inequality and bias that characterizes the delivery of services in all segments of our society, including health care.”

This Article examines the African-American experience with medicine for the insights that such scrutiny offers about the vulnerability of competent individuals. We begin by offering reasons why such a perspective is critical to development of policies about PAS and AVE and end-of-life decisionmaking generally. It is important to reflect on the African-American experience because it offers insights into the nature of society's responsibilities for those who are competent but whose autonomy and well-being may be compromised by historical, social, and cultural forces at work in society itself. Thus, some individuals are in need of protection because they have been rendered vulnerable by their own society.

We turn next to a historical exploration of the relationship between African-Americans and medicine, because, in order to understand the black patient today, there must be some appreciation of the legacy that is carried forward in memories of those who went before. This examination makes clear that, as a historical matter, black lives have not been as highly valued as white lives. We continue by documenting existing disparities in health status, access to health care, and the scope and quality of health care between blacks and whites. The existence of these disparities perpetuates the view among African-Americans that their lives are devalued. Significantly, these disparities also indicate that blacks are severely disadvantaged in negotiating all aspects of the health care system.

Initial efforts to understand the causes of these disparities suggest that their existence may be due to limited access to health care, cultural differences, differences in patient preferences, and unconscious bias. This preliminary work offers insights about the role of race, culture, and mistrust in the physician-patient relationship and medicine generally. It suggests that African-Americans as a group have little reason to believe that their preferences regarding end-of-life decisions will be either understood or respected.

We conclude by indicating ways in which the African-American experience with medicine might inform the states' consideration of PAS and AVE. We hope that others will be motivated to offer similar analyses of other groups for the implications that their history and culture have for PAS.

What lessons do the African-American experience with medicine and the health care system provide for efforts to ensure that the interests and preferences of all patients will be respected should PAS be legalized? What does it mean to be rendered vulnerable because of poverty, prejudice, negative stereotypes, societal indifference, or membership in a stigmatized group?

Given the general distrust of medical institutions and the medical profession and the belief that their lives are undervalued, African-Americans are likely to view the legalization of PAS with suspicion. Rather than seeing it as an opportunity to exercise their autonomy at the end of life, African-Americans may sense that this is yet another way that less valued African-American lives can be eliminated. This distrust makes it less likely that African-Americans will be easily manipulated in making their end-of-life decisions. African-Americans may question more vigorously the judgments of their health care providers and resist compliance with the medical regimes recommended to them. While mistrust protects blacks in their contacts with the health care system, it also presents obstacles for them. It is important that patients trust their health care providers, especially in end-of-life decisionmaking. If patients are to participate in managing their illnesses, patients and their families must have confidence in the information they have received about diagnosis, prognosis, and options for care. If the patient's mistrust motivates him or her to ignore these recommendations, the patient may lose an important opportunity to manage her dying. Conflicts between patients and families on the one hand and health care providers on the other can severely compromise patients' ability to die with dignity. Although the historical record is not subject to change, it might be possible to reduce levels of distrust by paying greater attention to eliminating disparities in health status.

The African-American experience with medicine also cautions against placing too much confidence in the ability of physicians and other health care providers to insure that patient preferences are honored and respected. In the context of the patient-physician relationship, physicians have power. This power derives from several sources. The physician has superior knowledge and skill. The physician has broad discretion and is not easily held accountable for actions by patients or society. Dying patients and their families are disadvantaged in terms of questioning physicians by virtue of the crisis that they find themselves in. They may also be disadvantaged by a sense of helplessness that results from low socioeconomic status or low self-esteem. In the face of the power inequities in this relationship and the historical instances of misuse of power, African-Americans appreciate that making PAS available as an option for terminally ill patients does not necessarily empower those who have been disadvantaged. An important implication of the power inequities in physician-patient relationships is that greater equality for the seriously disadvantaged may be a precondition for the meaningful exercise of autonomy.

Moreover, physicians do not exist in isolation from the social milieu in which they find themselves any more than patients do. Both physicians and patients absorb the prevailing norms, values, and beliefs of the society. Physicians may have assimilated the negative messages about some groups. For example, physicians may be too quick to interpret ambivalent statements made by patients as being pleas to die, because at an unconscious level they perceive the patient as not deserving of money, resources, or other efforts that might be needed for care. Alternately, patients may have absorbed the negative messages that society has heaped upon them and perceive themselves to be unworthy of the efforts that might be needed to prolong their treatment or provide them with palliative treatment. These patients might be easily coerced into believing that it would be easier for them and for others if their lives ended sooner. As a consequence, patients will not be able to effectively manage end-of-life care decisions. They may not be willing to discuss their medical problems with health care professionals. Still others may be unwilling to risk the lack of respect that they have encountered with health professionals in the past. In neither scenario will the patient receive optimum care. Thus, requirements for concurring physician diagnoses or that patients make repeated requests for PAS may not provide meaningful protection. The essential point is that physicians have broad discretion and power. Unless there is confidence in physician objectivity and lack of unconscious bias, such cynicism is valid.

One commentator perceptively notes, “How in the world. . . is a white, middle class, twenty-five year old male doctor, who wants to perform his role in the most intelligent and beneficent way, to approach a poor, aging, folk-educated, black, female patient?” At a minimum, before health care providers can maximize the participation of African-American patients' in end-of-life decisions they must know and appreciate the realities of their patients lives. Essentially, however, the appeal to develop thick descriptions of patients as persons situated in broader social, historical, and cultural contexts is really an invitation to have a conversation before PAS becomes an option in our health care system. This conversation should be about the changes and modifications that are required in the training of health care providers and the delivery of health care services before we can be confident that all patients will have the opportunity to die with dignity.