Race-based Science and Consumer Discrimination in the Health Care Industry 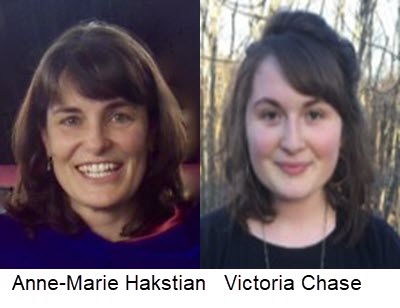 Title VI of the Civil Rights Act of 1964 prohibits discrimination on the ground of race, color, or national origin, by a program or activity receiving financial assistance from the federal government. Section 1557 of the Patient Protection and Affordable Care Act (ACA), in harmony with Title VI, protects consumers from discrimination on the basis of race, color, national origin, sex, age, or disability in certain health programs or activities.

While these laws provide consumers a relief valve from discriminatory practices in healthcare settings, they are not perfect protections. Implicit biases of healthcare providers, the fallacy of race-based science indoctrinated in medical practices, and burdens of proof required for successful legal challenges impede health equity for consumers.

In this article, we look at the race-based science that informs our current healthcare system and the disparate impact of implicit biases on people of color as consumers of healthcare services. Next, we consider the legal framework for claims of consumer discrimination in healthcare settings and highlight obstacles faced by plaintiffs. Then, we analyze how these anti-discrimination laws fail to protect consumers. Finally, we propose changes to our healthcare system and anti-discrimination laws to address racial health disparities and strengthen legal protections for consumers of all racial and ethnic backgrounds.

Race is a social construct. It is a social category with biological consequences rather than a biological category with social consequences. Calls to remove biological concepts of race in genetic research date back to the 1930s but it wasn't until decades later that researchers proved that humans are not naturally divided by race. In fact, the Human Genome Project demonstrated that most genetic diversity lies within populations. Scientists now understand that people within the same racial groups are ôgenetically heterogeneous.ö Although race is justifiably used to evaluate social risk factors, the line between social and biological reasoning is often blurred, leading to the use of race in ways that science does not support.

Expounding the fact that race is purely a social construct does not undo the history of race-based medicine and its lasting impacts on our healthcare system. In the 1850s, the infamous Samuel Cartwright published ôdiscoveriesö claiming to give merit to race science. A medical doctor in Louisiana and Mississippi, Cartwright published work claiming Black people had whiter and harder bones, shorter and more oblique necks, and unique diseases including one that caused slaves to ôrun away.ö Cartwright also created the spirometer, a device used to measure pulmonary function. The spirometer has built-in ôrace correctionö to account for Cartwright's assumption that Black people have inferior lung capacity compared to White people. Not only are these spirometers still commercially available today, but this ôrace correctionö requirement is still taught to medical students and included in textbooks as fact. While such ôscientific discoveriesö sound satirical today, the impact of race-based medicine remains in our healthcare system.

Though it may be convenient, race is a bad proxy for diagnosing and treating patients. Current healthcare algorithms output different results depending on whether a person is Black or White, but race is not the most evidence-based trait and fails to accurately measure muscle mass, enzyme level, and genetics. Treating people differently by the false idea that race equates to biological difference leads to misdiagnosis of sickle-cell disease because it is thought to be a ôBlackö disease, and under-diagnosis of cystic fibrosis in Black people because it is thought to be a ôWhiteö disease. Multiple race-based adjustments exist throughout healthcare that are based on the assumption that Black bodies are fundamentally different.

Recently, the debate around race-based adjustments has led to changes with respect to treating kidney disease. In order to get on the national waitlist for a kidney transplant, an individual must have severely compromised kidneys. The glomerular filtration rate (ôGFRö) is the figure used to indicate how fast kidneys can filter blood, and therefore whether an individual's kidneys are severely compromised, making them eligible for the national waitlist. The problem is the GFR has a race-based adjustment for Black individuals that has made some individuals otherwise eligible for the waitlist ineligible because they are Black. In the summer of 2020, several major hospitals announced they would remove the race-based adjustment from the GFR and work to eliminate ôinappropriate race-based medicine.ö The National Kidney Foundation and American Society of Nephrology also announced a working group to consider the use of GFR calculators.

The impact of race-based science and resulting health disparities is also garnering attention through the U.S.'s highest-grossing sports league, the National Football League (ôNFLö). Two retired NFL players filed a civil rights suit and a suit against the NFL concussion settlement, arguing that the race-based scales used to determine eligibility for athletes' dementia claims are discriminatory. The neurocognitive test used to measure cognitive decline in former players is at issue. Although the same test is administered to all players, a race-based scale uses different scoring curves for Black and White individuals. About 70% of the NFL's active players are Black. The suits were dismissed as an ôimproper collateral attackö but the retired players plan to appeal the dismissal. The players' argument led the judge overseeing the concussion settlement to order a mediator to look into concerns about the race-based scoring curves. While the case against the NFL is drawing attention to the issue of race-based science, it also sheds light on a systemic failure to protect consumers of color in healthcare and medicine.

The history of race-based medicine lives on in our healthcare system today not only in healthcare algorithms, but also in the implicit biases and attitudes of healthcare providers. Implicit bias is outside conscious awareness and leads to negative evaluations of groups of people and their members relative to other groups. A widely-cited study provides a vivid example of the effects of implicit biases in the employment context: job applications with ôWhiteö sounding names were fifty percent more likely to get interviews than those with African American sounding names.

Healthcare providers are equally vulnerable to implicit biases. A substantial number of White people, including medical students and residents, have false beliefs about biological differences between Black and White people. Research shows that, in general, healthcare professionals have low to moderate levels of implicit bias against people of color; however, implicit bias is significantly related to patient-provider interactions, treatment decisions, adherence to treatment, and patient health outcomes. Furthermore, racial discrimination itself has serious physiological and psychological impacts on people of color, creating an additional stressor to their daily lives.

Black patients are consistently more dissatisfied with healthcare providers than White patients and report significantly more bias. Nationally, Black people are nearly twice as likely to feel they have been treated disrespectfully during a recent healthcare visit than White people and fourteen times more likely to believe they would have been treated better if they were a different ethnicity. Specifically, where healthcare providers have implicit bias against Black people, Black patients experience verbal dominance by physicians during their visits, they report worse patient-provider communication, and view visits as being less collaborative.

In addition, Black patients receive significantly different medical treatments than White patients with the exact same symptoms. Healthcare providers demonstrate implicit bias in pain perception--for example, the false belief that Black people feel less pain than White people--which is associated with different pain treatment recommendations. Furthermore, Black people are more likely to underreport pain, to attribute pain to their own personal inadequacies, and to use ôpassiveö coping strategies like prayer. Particularly, where physicians are perceived as having a ôhigher social status,ö Black people are more likely than White people to underreport pain unpleasantness.

Given what we know about medical bias, it is not surprising that the crisis caused by the COVID-19 pandemic has affected people of color to a greater extent than White people. People of color are more likely to have underlying conditions such as type 2 diabetes, chronic kidney disease, sickle cell disease, and higher weight, among other disabilities. In many cases, they have been excluded or given lower priority under current ôcrisis standards of careö because they are viewed as less likely to survive hospitalization. Indeed, physicians are allowed to forgo typical treatment in the provision of medical care in order to better allocate scarce medical resources, such as ventilators or special medications. As a result, patients of color and disabled people are being discriminated against by healthcare providers. The Lawyers Committee for Civil Rights Under Law has documented the ôintersectional discriminationö that people with overlapping identities are facing during the pandemic resulting in disabled people of color being denied critical care. As we demonstrate in this article, the law prohibits discrimination but fails in practice to protect against and provide remedies for racial discrimination.

The implicit and systemic biases of healthcare providers and institutions contribute to racial and ethnic disparities in the health of citizens across the United States. The current anti-discrimination laws fail to adequately protect consumers from racial discrimination in healthcare. Insufficient protections in the law, a narrow interpretation of the law by the Supreme Court, and regulations lacking teeth have prevented us from achieving equity in the healthcare system. While Congress considered amending Title VI to prohibit disparate impact discrimination and address the Court's narrow interpretation in Alexander, there is currently no movement in the Legislature on the issue.

In the absence of Congressional action, the onus of improving enforcement of anti-discrimination law in healthcare is on HHS. Rules addressing transparency in enforcement and requiring entities to hold employees accountable for discrimination are within the agency's purview and would strengthen anti-discrimination protections for consumers. Fortunately, the federal government has an example in HIPAA of a law that aims to effectuate systemic improvements in the protection of consumers of healthcare services. Notable differences make HIPAA more impactful than current anti-discrimination laws through monetary penalties, criminal enforcement, employee sanction policies, and the ability to do outreach and training. HIPAA gives HHS more tools to promote patient privacy than current laws give HHS to promote anti-discrimination. With the right person at the helm of the Department, regulatory changes could be made to invigorate the enforcement of Section 1557 of the ACA.

In addition to strengthening agency enforcement and amending the law, other measures could be undertaken to reduce racial and ethnic disparities in medical treatment and healthcare outcomes. An important step involves increasing employee diversity in the healthcare industry and representation at all levels of the medical profession. This proposal is buttressed by research showing that providers belonging to historically underrepresented groups are more likely to serve those groups and practice in physician shortage areas. Further, many racial justice advocates argue that access to healthcare can be ameliorated through a policy of Medicare for All. As the pandemic continues to ravage members of communities of color and exacerbates existing racial and ethnic inequities, healthcare and medicine in the United States are faced with the challenges and opportunities to protect consumers from discrimination. The potential consequences of failing to act now quite literally involve life and death.

Victoria Chase is an attorney in Vermont.