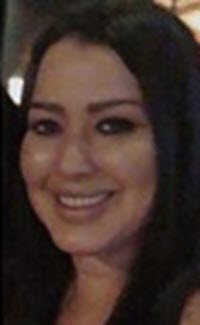 In early 2017, Shalon Irving, a 36-year-old epidemiologist at the Center for Disease Control, abruptly died from complications of high blood pressure just three weeks after giving birth to her first child. Shalon's untimely death shocked her family, community, and colleagues, who never expected that the vibrant young woman who had dedicated her medical career to eliminating disparities in health outcomes and access to care could herself fall victim to preventable maternal mortality.

Black women like Shalon are two to three times more likely than white women to die of common pregnancy and childbirth related causes. This racial disparity in health outcomes has endured for decades despite advances in medical technology and treatment. Yet, disparities in maternal mortality rates are only part of a broader problem of racial health inequity in the U.S. healthcare system, a health crisis that has started to receive national media attention in recent years. In 2012, the cancer death rate for Black men was 24 percent higher than it was for white men, while the cancer death rate for Black women was 14 percent higher than for white women. Black children in the United States are more likely to die before their first birthday than children of other racial groups. Black Americans between the ages of 18 and 49 are nearly twice as likely to die from chronic conditions such as diabetes, stroke, or heart disease as white people in the same age range, due in large part to earlier disease development.

Racial disparities in the utilization of healthcare, health outcomes, and access to quality medical care have been the subject of scientific literature for decades. Academic publications documenting racial health disparities are frequently targeted toward and consumed by practitioners and scholars in the medical and social sciences communities. This limited distribution and consumption is entirely reasonable, given that those professional and academic spheres are the sites where scientific discovery, data analysis and innovations in treatment aimed at preventing disease and improving public health take place. Nonetheless, the scant attention the issue of racial health disparities has received in legal scholarship generally, and in analyses of affirmative action jurisprudence specifically, is cause for concern. When one acknowledges that the law is both a source of racial subordination and a main determinant of how patients access healthcare, the plausibility of using the law as a tool to substantially contribute to the elimination of racial health disparities is clear. In discussions of strategies for reducing racial health inequality, however, the significance of law and policy--if referenced at all often limited to policy changes around access to care.

There is a growing body of research suggesting that the nonwhite racial identity of a medical practitioner positively influences nonwhite patients' healthcare utilization, satisfaction with treatment, and health outcomes. Preliminary studies exploring the role a provider's race may play in the quality of the physician-patient relationship and in health outcomes for minority patients have found that race concordance between providers and patients is linked to increased patient satisfaction, higher medication adherence, and better health outcomes for women. One of the earliest examinations of the correlation between minority health and the race of the attending physician concluded that “[g]iven the under-representation of minorities among the ranks of health care providers ... minority patients are less likely to be race concordant compared to whites. [This] tendency to underutilize[] health services in the absence of doctor-patient race concordance might therefore exacerbate racial/ethnic disparities in health.” The advocacy of the medical and social sciences communities calling for a more diverse pool of medical practitioners, however, can only go so far. Affirmative action doctrine governs the extent to which race can be considered in admissions in higher education, and medical schools--where attendance is a prerequisite for becoming a licensed medical practitioner not exempt from this governance. To create a healthcare system equipped to remedy the crisis of racial health disparities, then, medical schools face the uphill battle of implementing race-conscious admissions policies, which not only take into account the constraints of affirmative action jurisprudence, but also directly challenge the doctrine's colorblind theoretical underpinnings. To put it simply, race matters in healthcare, and consensus in the medical community indicating as much should be front and center in the debate over the constitutionality of race-conscious admissions to medical schools.

Although diversifying the medical profession has been cited as a viable strategy to combat underutilization of healthcare by racial minority groups, few legal scholars have explicitly identified remedying racial health disparities as a rationale for affirmative action in medical schools. The persistence of racial health disparities over the last four decades on one hand, and the decline in enrollment of nonwhite students in public medical schools due to affirmative action bans in six states--including California--on the other hand hint at the two-dimensional nature of racial disparities: Racial disparities in health outcomes and the existence of racial inequity in access to the medical education needed to improve those outcomes are related. That Black patients continue to suffer from preventable and treatable illnesses as aspiring Black doctors contend with institutional barriers to medical school enrollment raises the question-- what precisely is the relationship between racial disparities and racial inequity in access to the professional training necessary to help remedy those disparities?

The fortieth anniversary of U.C. Regents v. Bakke warrants further exploration of this nexus not only in the context of healthcare, but also in our broader understanding of racial inequality and its relationship to race-conscious remediation. In Bakke, Justice Powell infamously rejected the concept of societal discrimination as a justification for race-conscious admissions in a state medical school as “an amorphous concept of injury that may be ageless in its reach into the past,” in favor of the diversity rationale--the notion that attainment of a diverse student body produces a learning atmosphere that benefits from a broad range of viewpoints. Consequently, since 1978 courts and universities have diverted their attention from addressing racial discrimination to focusing on what Derrick Bell has described as “diversity's distractions.” The persistence of racial disparities, however, militates against the claim that societal discrimination is amorphous. In stark contrast, racial disparities illustrate how specific policies, practices, and institutions have historically discriminated against racially subordinated groups, and expose the tangible consequences of how failure to take account of such race-based harms via race-based remedies reinforces that disadvantage. This Comment seeks to demonstrate that while societal discrimination in the context of affirmative action has historically been understood as too amorphous of a concept for the Court to entertain, an investigation into how specific policies, practices, and institutions have caused explicit race-based harms locates racism in a particular form, and compels the Court to recognize the necessity of a corresponding race-based remedy.

In examining the remedial function that affirmative action in medical school admissions can serve to reduce Black health disparities, and in analyzing the constitutionality of race-conscious admissions programs designed accordingly, I embark upon a historicized recasting of the relationship between racial disparities and race-conscious remedies to illustrate how the evisceration of racial remediation in the four decades since Bakke has done much more than perpetuate racial inequity in access to higher education. It's made Black access to healthcare more difficult to come by. Legally imposed barriers to educational access reinforce tangible racial injustices in Black people's everyday lives. I expand on the notion that tragedies like the death of Shalon Irving could be prevented by taking account of racism in healthcare delivery by suggesting that a critical component of achieving that goal is taking account of race in medical school admissions.

Part I of this Comment explores the history of anti-Black racism in U.S. healthcare, from experimentation on Black bodies during the antebellum period to the anti-Black sentiment underlying states' decisions to opt out of the Medicaid expansion permitted by the Affordable Care Act. This historical overview illustrates the role of the state in creating the very circumstances that have resulted in persistent racial health disparities and perpetuated poor health outcomes for Black individuals vis-à-vis neglectful policy decisions, illustrating the core Critical Race Theory claim that “[o]ur racial past exerts contemporary effects.”

Part II relies on scientific literature in making the case that more Black doctors could significantly improve Black health. It examines the salience of race in the context of healthcare delivery, as exemplified by the growing amount of data on physician racial bias and the deeply rooted mistrust that impacts Black patients' experiences with medical treatment. I review the substantial social science literature published post-Bakke which discusses service to marginalized communities as a motivating factor in medical school applicants' decisions to pursue a medical degree, and how those aspirations differ significantly between racial groups. This Part is intended to not only bolster this Comment's central argument in favor of race-conscious remediation, but also demonstrate the value of incorporating social science research into arguments concerned with remedying racial inequality through legal means.

In Part III, I review the evolution of the strict scrutiny standard in affirmative action jurisprudence and revisit the seminal U.S. Supreme Court decisions in light of the specific historical context explored in Part I and what we now know from the social science literature discussed in Part II. Specifically, I argue that the fortieth anniversary of Bakke presents an opportunity to abandon the orphaned diversity rationale and harken back to the governmental interest in remedying racial discrimination that was never fully realized. I conclude by positing that the structure and substance of the overall argument presented here materially undermines the colorblind approach that has animated Equal Protection jurisprudence since Bakke and by briefly touching upon the viability of this argument as a blueprint for designing race-conscious admissions programs in the many other higher education settings where race neutrality in admissions reinforces racial disadvantage in the communities served by their graduates.

Disparities in Black health today reflect a devastating legacy of anti-Black racism in which the law has been complicit. Efforts to use affirmative action to remedy the effects of this legacy have been a fool's errand for four decades, as diversity's distractions have succeeded in diverting attention away from the contemporary effects of our racial past. The fortieth anniversary of Bakke presents an opportunity to reevaluate the narrative around racial remediation, particularly how limiting the discourse around diversity truly is, and how it leads us astray from the tangible injustices that impact the daily lives of racially subordinated groups. By no means is the argument presented here intended to be the end of this discussion. The identified relationship between racial disparities and racial inequity in access to higher education invites similar analyses of how other institutions reinforce historical disadvantage through race-neutral policies. When law schools struggle to achieve racial diversity, their constrained efforts do not simply impact classroom dynamics--they produce a profession that incarcerates Black people at disparate rates and reinforces the racist nature of policies, practices, and institutions the Fourteenth Amendment was intended to eradicate, not safeguard.

Just as the story of racial disparities is not limited to any one institution, the significance of race-conscious remediation is not confined to one racial group. Native Americans, Latinx, and others share their own collective histories, which manifest in disparate outcomes based on race. Taking account of race in admissions for these groups demands an investigation into how policies, practices, and institutions have caused them race-specific harm and compels recognition of a race-conscious intervention accordingly.