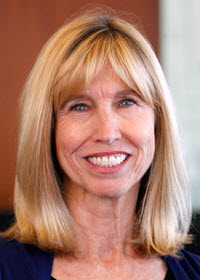 Almost daily, newspapers and television news reports carry stories like these about people who are turned away from the medical care they need. The problem is usually identified as money--fifteen percent of this nation's population, almost thirty-seven million people, have no form of health insurance and little or no money to pay for care. Yet money is not the underlying issue in our three horror stories; these patients were able to pay for care if given some time. On the other hand, each of the patients was a person of color, and each was denied medical care: here lies the underlying problem. Race discrimination is an almost silent yet pervasive problem in American health care.

Prior to the passage of the 1964 Civil Rights Act, health care facilities openly discriminated against Blacks. Most hospitals excluded Black patients and Black physicians altogether. The hospitals that did admit Blacks segregated them in separate wards with Black physicians and support staff. Federal money supported this segregation through awards of federal Hill-Burton Act hospital construction money to segregated hospitals.

Congress passed Title VI of the 1964 Civil Rights Act, in part, to ensure that federal money could no longer be used to support segregated health care facilities. Title VI prohibits programs and activities that receive federal financial assistance from discriminating on the basis of race. While enactment of Title VI ended the most blatant forms of health care discrimination, subtle barriers still prevent minorities from gaining full access to federally funded hospitals and other health care facilities.

Health care discrimination no longer takes the form of WHITE ONLY signs, but seemingly race neutral policies operate disproportionately against minorities, setting up barriers that exclude them from health care. Many hospitals admit only patients who have a treating physician with admitting privileges at that hospital. Others require substantial deposits before a patient will be treated in the emergency room or admitted for inpatient care. Increasingly, hospitals refuse to deliver babies for mothers who have not received a certain amount of prenatal care. Both hospitals and nursing homes use a variety of policies to exclude Medicaid patients. Still other hospital business policies create bilingual and bicultural barriers, including failure to provide interpreters, failure to provide translations of signs and forms, as well as preadmission inquiries into a patient's citizenship, national origin, or immigration status. Each of these policies operates to exclude a disproportionately large number of minorities. Each may foreclose access to health care if there are no alternative health care facilities in the area or may relegate minorities to second-class care if the only alternative is inferior.

Hospitals defend these practices by claiming that they are not enacted with the intent to discriminate. Attending physician rules are an easy way to ensure there will be a doctor to treat the patient. Pre-admission deposits guarantee payment for treatment. Requiring prenatal care reduces the chance of delivering a severely impaired baby, thereby lessening the risk of a malpractice suit. Medicaid patients are not as profitable as privately insured patients.

In the language of civil rights laws, these policies are “facially neutral policies that have a disproportionate adverse impact.” The policies are “facially neutral” because they may not have been enacted with the subjective intent of discriminating. Their impact is disproportionate because they hit the poor and minorities harder than other groups. Their effect is adverse because in the health care context such exclusionary policies can be deadly.

Title VI litigation has so far proved to be of little assistance in ending health care discrimination caused by these facially neutral policies with a disproportionate impact on minorities. Title VI's implementing regulations proscribe facially neutral policies and practices that, in operation, have the effect of disproportionately excluding minorities, regardless of the defendant's lack of subjective discriminatory intent, but lower courts have allowed hospitals to defend too easily such policies. In the health care arena federally funded defendants have been allowed to defend successfully policies with a disproportionate adverse racial impact by a mere showing that the policies are rationally related to any legitimate, non-discriminatory purpose.

Part I of this Article traces the development of Title VI and the implementing regulations that prohibit facially neutral policies that disproportionately exclude minority patients. Part II discusses the debate about and subsequent adoption of disproportionate adverse impact discrimination theory into Title VI litigation. Because the concept of the defendant's response to a prima facie case of disproportionate adverse impact discrimination has received the most attention and development in the context of Title VII employment discrimination, Part III analyzes the development of and the Supreme Court's increasing deference to employer discretion in Title VII cases. Part IV examines the use of Title VII concepts by courts analyzing Title VI cases outside the health care context. Part V examines the even more deferential standard for the defendant's justification fashioned by circuit courts in Title VI health care litigation, and exposes the lack of a rationale for this more deferential treatment. Part VI explains why Title VI evidentiary burdens should not be tied to Title VII theories.

Part VII concludes that federally funded health care providers should carry a heavy burden to justify a facially neutral policy that excludes a disproportionate number of minority patients. Such defendants should have to prove that the policy significantly furthers an important legitimate program objective that cannot be substantially accomplished through less discriminatory means.

In the twenty-five years since passage of the 1964 Civil Rights Act and the enactment of the Medicaid and Medicare programs, Americans' health has improved dramatically. Nevertheless, minorities still do not get the health care services they need nor are they fully integrated into the mainstream of American health care. Longstanding hospital pol cies, such as private physician rules and pre-admission deposits, still operate to exclude minority patients from federally funded health care.

Courts have mistakenly turned to Title VII principles as the starting point for fashioning evidentiary burdens in Title VI cases involving challenges to facially neutral policies that have the effect of excluding minority patients. Title VII regulates purely private employment decisions, and the Supreme Court has been increasingly reluctant to scrutinize private employers' use of employment practices that impact disproportionately upon protected groups.

Courts should not be reluctant to scrutinize the operation of federally funded programs. Title VI is a spending power statute. It does not regulate but places conditions on the expenditure of federal money. As a condition of receipt of federal Medicaid and Medicare money, hospitals and other health care providers guarantee that they will not use policies and practices that have the effect of excluding minority patients. Courts should hold health care providers to their promise.