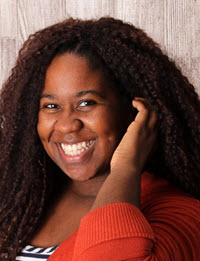 This Article evaluates why--over two decades after the groundbreaking report by the Institute of Medicine (“IOM”), To Err Is Human error and harm to patients and their families persist. Further, this Article explores the disproportionate harm and suffering within historically marginalized communities due to exposure to error, bias, and discriminatory treatment within the medical system.

Preventable errors are one of the leading causes of death in the United States. Fear of liability, the use of “deny and defend” in response to errors, a fragmented healthcare system, implicit bias and the prevalence of sexism and racism, and a history of mistreatment within vulnerable communities are all reasons why patients remain affected by preventable harm. Although it is impossible to prevent all harm, there are systematic changes that can make patients safer and minimize similar future harm. This includes recognizing when an error occurs, apologizing and taking responsibility, addressing implicit bias, rebuilding trust in marginalized communities, and keeping patients and their families informed as to the harm they suffered and what happened. In 2016, the British Medical Journal (“BMJ”) published a study indicating that medical error was the third leading cause of death in the United States, just behind cancer and heart disease, and asserted that a higher number of people died from medical error than previously believed. The BMJ study estimated more than 250,000 deaths result from these errors each year. Shocking as this number may seem, a more recent study suggests that deaths due to medical error may even be as high as 440,000 per year. These studies reflect the magnitude with which medical error affects society and rival numbers introduced by the IOM in To Err Is Human.

The system for addressing and dealing with medical error needs to change. Currently, nationwide efforts to address medical error are fragmented at best, and medical error remains a major public safety concern. The initial publication of To Err Is Human prompted a flurry of activity. Just after the report's release, then-President Bill Clinton “directed the Quality Interagency Coordination Task Force ... to develop a plan of action to reduce the incidence of medical errors.” The following year, the United States Joint Commission on Accreditation of Healthcare Organizations “mandated an open disclosure of any critical event during care to either the patient or their family” as “an essential accreditation standard for a medical institution.” In the years following, several states passed statutes focused on addressing and reducing medical error, including apology laws. Yet even with all these new programs, policies, standards, and laws, medical error continues to needlessly harm patients, and vulnerable communities suffer disproportionately.

Medical error poses a unique threat to minorities, women, and the transgender community, given their exposure to implicit bias and the long history of mistreatment in our medical system. Further, medical error, alongside these historic inequalities, contributes to these communities' mistrust of the healthcare system. Members of these communities enter the healthcare space with a sense of mistrust and an expectation that their concerns will not be adequately addressed or taken seriously--or they avoid health care outright.

Addressing medical error cannot fully repair the history of mistreatment, bias, and discrimination experienced by vulnerable communities within the healthcare system, but adopting communication and resolution programs (“CRP”) is a step forward. CRPs are built on open communication and transparency; further, they provide the opportunity to reduce error, to reexamine both bias and the poor treatment of marginalized communities within the medical system, and to begin to repair trust.

This Article argues that the current patchwork of disparate state apology laws and current policies are insufficient to address the persistence of medical error and the disproportionate harm to vulnerable communities. Instead, this Article calls for a two-pronged approach: the introduction of federal legislation to encourage apology laws and the adoption of CRPs more broadly within the healthcare system. Adopting this approach would provide more effective tools to curb rates of medical error and to address long-standing and unique harm to historically marginalized populations.

Part I examines the harms caused by medical error and what leads to the occurrence of error. This Part also reviews how medical error affects vulnerable communities, including racial and ethnic minorities, women, and the transgender population.

Part III explores social trust and medicine. Specifically, it details the past harm and poor treatment of marginalized communities throughout the history of the medical field. In highlighting this discriminatory history, this Part considers how medical errors presently affect these communities.

Part IV discusses state apology laws and calls for the need to introduce federal legislation to better support and encourage apology laws. This Part also argues for the importance of integrating CRPs into our approach to addressing medical error. The use of CRPs presents a unique opportunity to both address medical error and to start to repair the lack of trust in the healthcare system among vulnerable communities.

This Article concludes with recommendations to introduce federal legislation for promoting apology laws, integrating CRPs to successfully reduce the widespread occurrence of error, and beginning to repair harm within vulnerable communities.

This Article examined the persistence of medical error within the healthcare system since the publication of To Err Is Human. In doing so, this Article explained how medical error went from being a “hot topic” with a burst of activity revolving around efforts to reduce error--just after the IOM's report--to a fragmented and inconsistent system burdened by a history of “deny and defend” and consistent, disproportionate harm to vulnerable communities. This Article reviewed medical error through the issue of harm--who is being harmed and why--but also explored the human nature of error and why apologizing and accepting responsibility is necessary to create a safer system overall.

In order to successfully address medical error, there needs to be federal legislation to support strong state apology laws and the availability of federal funds for states to develop and encourage more widespread use of communication and resolution programs. Federal support to supplement or preempt state apology laws is needed to ensure that healthcare providers are able to apologize, admit fault, and take responsibility for their errors. Despite the benefits of apologies, and the importance that healthcare providers are protected from liability, apologies alone will not sufficiently reduce rates of medical error. Alongside this federal support of apology legislation, federal funds should be made available to encourage and expand the use of CRPs within the healthcare field. CRPs do not just help healthcare professionals apologize and recognize harm but create a structure to adequately address the harm that occurred, allow for open communication with patients and their families, determine what led to the error, and make changes to the healthcare system to prevent the reoccurrence of the harm. Passing federal guidelines or recommendations for apology legislation and expanding the use of CRPs offers a one-two punch to ensure that the various harms caused by error are addressed. It is not enough to simply apologize; the underlying and existing harms must be addressed.

It is impossible to eliminate all medical error or even the role--however slight--that healthcare professionals play in their occurrence. Errors will occur and patients will be harmed. Consequently, it is important to handle this harm appropriately--to disclose what happened, acknowledge the harm done, and start to rebuild trust. Considerable research has shown that not only is the traditional approach of “deny and defend” ineffective, but it results in poorer outcomes for both sides. More recent studies reflect the importance of using CRPs, transparency, and open communication when faced with medical errors. A major barrier to implementing CRPs or revealing an error is fear of a lawsuit or liability. Despite these fears, emerging research indicates that disclosing an error and using a CRP helps to reduce malpractice suits. CRPs also contain the potential to salvage--and even strengthen--the physicianpatient relationship and produce better outcomes for all those involved. The ability to rebuild trust in the physician-patient relationship is critical, particularly for vulnerable communities who frequently bear a disproportionate share of health and safety problems. As society strives to create safer healthcare systems overall, it is key to keep in mind that error is a human problem, that vulnerable populations disproportionately suffer and often have the most to lose within the healthcare space, and that the successful reduction of error depends on integrating approaches--like CRPs--that treat patients with openness, honesty, and respect.