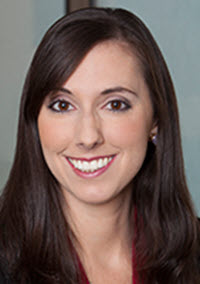 In 2015, Indian Health Services (IHS), the federal agency responsible for providing Native Americans with promised healthcare, closed Rosebud Hospital Emergency Department in South Dakota due to lack of compliance with basic safety and sanitation guidelines. In response, the local Rosebud Sioux Tribe sued IHS in an effort to keep the emergency department open because the substandard, out-of-compliance facility was the best and only healthcare accessible to most of the tribal community. In the seven months it took for the emergency department to reopen, at least nine people died while being transported to hospitals farther away from the reservation. As dangerous as the IHS facility was, having it closed was worse for the community.

In Montana, Anna Whiting Sorrell, a member of the Confederated Salish and Kootenai Tribes, received her hernia surgery partially covered through IHS, but her follow-up care was denied. It took her years to finally obtain the proper follow-up care for the surgery.

In March 2020, when the Seattle Indian Health Board sent out a request for more personal protective equipment supplies during the early days of the COVID-19 pandemic, the federal government sent them body bags instead. This action mirrored the federal government's ongoing devaluation of NativeAmerican lives and brought board member Abigail Echo-Hawk to tears.

Dishonored promises and destructive federal policies have caused a largely unacknowledged crisis for the Indigenous population of what is now known as the United States. The federal government took NativeAmerican lands in exchange for provision of services. That taking, coupled with early federal policies severely undermining NativeAmerican societal structures and economies, has caused Native Americans to be uniquely reliant upon the federal government to provide necessary healthcare. Instead of properly fulfilling this obligation, the federal government has consistently underfunded the systems in place to provide Native Americans with the promised healthcare, often significantly delaying or denying them basic care and leaving them without remedy.

According to the 2010 Census, approximately 22% of Native Americans and Alaska Natives live on reservations or other trust lands. These lands are often more isolated or rural, further heightening NativeAmerican communities' vulnerability to being ravaged by events like the COVID-19 pandemic and other health issues as available healthcare resources are scarce. Available healthcare facilities often require Native Americans to travel great distances to reach them. The only available facilities for Native Americans may also be out of compliance with basic health and sanitation standards. Because of insufficient funding, an IHS facility can also be more likely to deny care altogether simply because the resources are not there. The scarcity of funds, lack of access to adequate healthcare resources, and clear disparities in quality and length of life are particularly concerning given the trust responsibility of the federal government to provide adequate healthcare for the tribes.

This failure of the federal government to make adequate provisions for NativeAmerican healthcare as promised in treaties, statutes, and caselaw disproportionally causes NativeAmerican deaths. The status quo allows the government to enjoy the benefits of the land acquired through these promises while continually failing to provide what it promised the tribes in return, with little to no consequence for such a breach. This status quo can no longer be tolerated. Congress must clarify these healthcare obligations to hold the government accountable and to provide Native Americans with effective legal recourse for these breaches of duty. Likewise, the judicial system must properly enforce the duty owed to Native Americans and provide appropriate avenues for remedy.

This publication will (1) explain the duty the federal government has to provide adequate healthcare to the tribes and show how failure to uphold that duty has left NativeAmerican healthcare in crisis; (2) examine the current framework to fulfill this duty and how that falls short of the federal government's obligation; (3) urge Congress to enact legislation to change the budgetary designation of IHS analogous to Medicare in order to remedy these problems; (4) demand the courts properly enforce the legal rights with regard to healthcare; and (5) address and rebut potential criticisms of this proposal.

As highlighted most recently by the COVID-19 pandemic, it is clear there is an ongoing crisis in NativeAmerican healthcare. The federal government's continual failure to uphold its promise to fund adequate healthcare for Native Americans continues to lead to unnecessary NativeAmerican deaths and lessened quality of life. Current legal precedent leaves tribal members and communities with little avenue to require the federal government to provide what it promised. Access to adequate healthcare is essential, and Native Americans are clearly entitled to such provisions from the federal government under law that is supported by treaty authority, contract law principles, international law doctrines, explicitly and implicitly expressed Congressional intent, legislation, historical context, and caselaw. Congress must act now in enacting legislation to change the designation of IHS and address key aspects of NativeAmerican healthcare. Existing authority both enables and compels Congress to do so. While Congress has the clearest directives toward implementing a solution, the courts bear substantial responsibility as well. Given the ongoing history in the courts of devaluing and disempowering Native Americans, the courts must show new commitment to righting the wrongs of the past.

Swift remedy to this longstanding crisis is necessary, especially given how the COVID-19 pandemic has so severely increased the intensity. Because the healthcare owed to Native Americans was promised in exchange for their lands, the federal government essentially has a choice: provide the proper funding and work to rectify the damage done by centuries of breached duty or give the land back. In the words of Dr. Mary Owen, president of the Association of AmericanIndian Physicians and a member of Alaska's Tlingit band, “Everybody says, 'You have to make do with what you got.’ Do we? Really? Well, then, give us back those lands.”